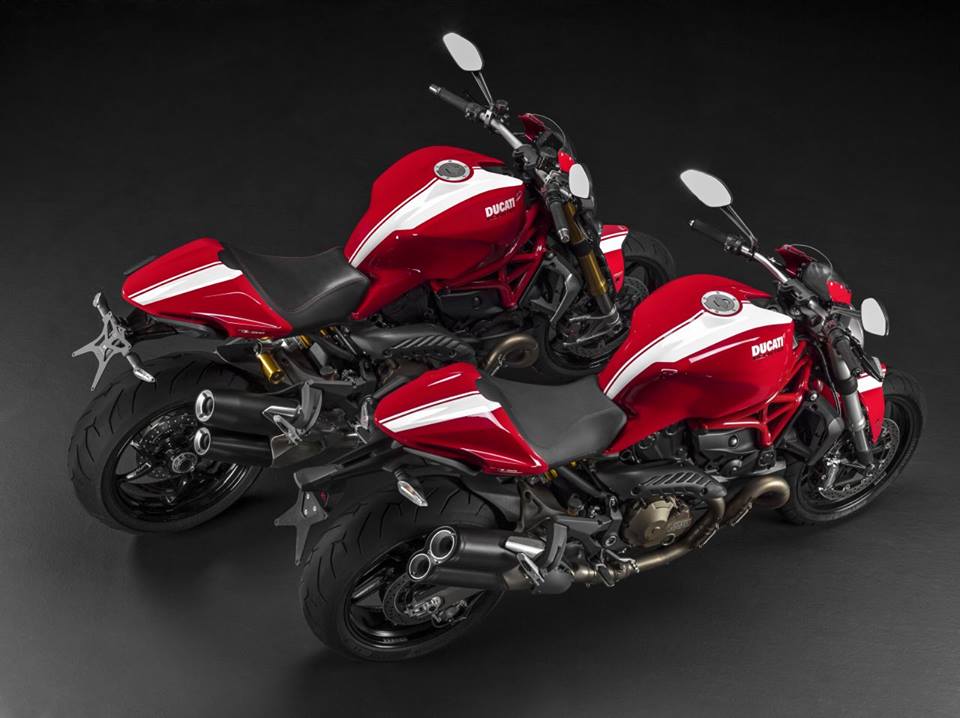 Following a reveal at the EICMA bike show in November, Ducati has announced the addition of the Stripe editions to the Monster family. Available on both the 821 and the 1200 S, the Stripe editions are are mechanically identical to their non-Stripe cousins, which make use of liquid-cooled Testastretta 11º engines, displacing 821cc and 1198.4cc respectively. 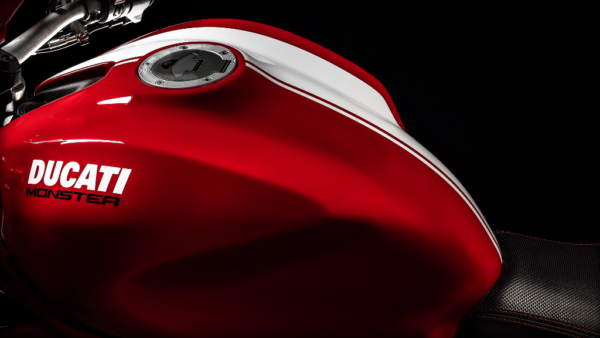 The Stripe editions are draped in iconic Ducati red, while an offset white racing stripe which stretches from the front mudguard back over the tank to the passenger seat cover proves its nomenclature worthy. Other Stripe specific embellishments include a red-and-white-painted nose fairing with a small windshield, carbon belt covers and a Ducati Performance undertail plate holder made from solid aluminum. 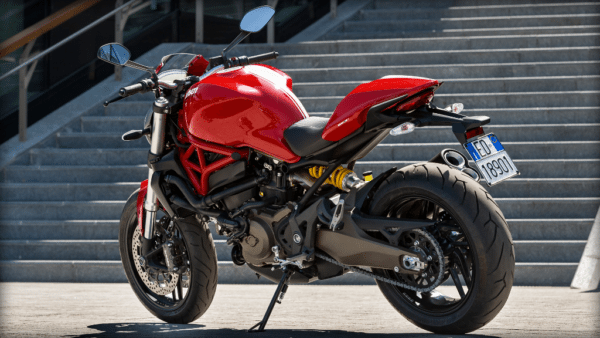 The Monster 821 Stripe retains the Hypermotard-sourced engine which outputs 112 horsepower at 9250 rpm. Cradled inside the trellis frame as a stressed member, it features 53mm Mikuni throttle bodies and a full ride-by-wire system along with cable-actuated APTC wet clutch with slipper function. 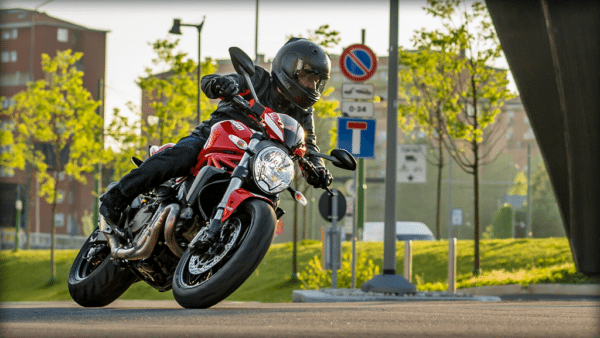 For suspension, the 821 Stripe uses 43mm USD forks up front and a fully adjustable Sachs rear shock at the back. Dual 320mm discs with radial mount Brembo Monoboloc four-piston calipers at the front, along with a 245mm disc, two-piston caliper set-up handling braking at the back ensure fuss free deceleration. ABS comes as standard. 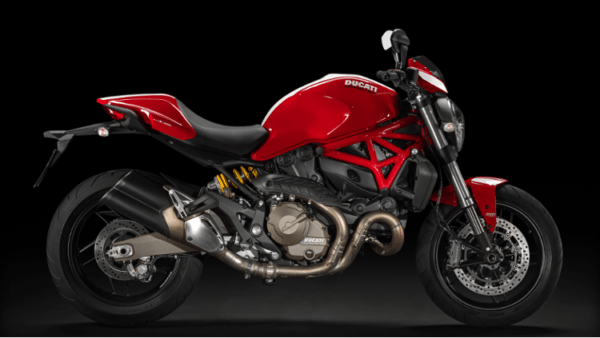 Seat height is adjustable between 30.9 inches and 31.9 inches and wet weight is claimed at 205. 47 Kgs. Instrumentation makes use of an LCD display, while the 821 comes with 10 spoke light alloy wheels. 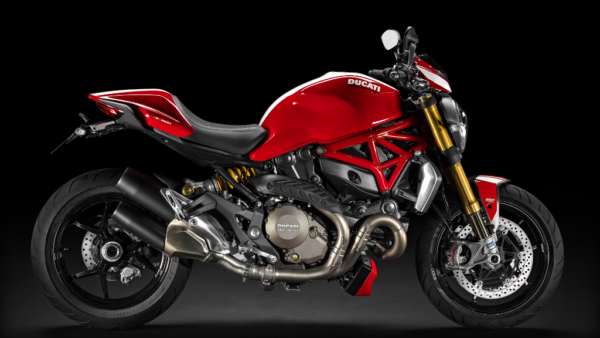 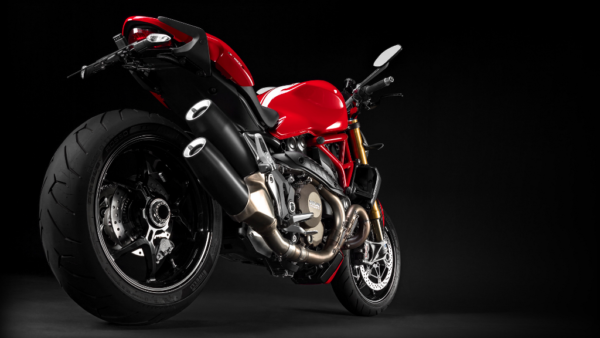 The 1200 S Stripe Monsters feature fully adjustable 48mm Ohlins forks at the front and three-spoke light alloy wheels. The front brake discs are larger at 330mm from 320mm on the 821. 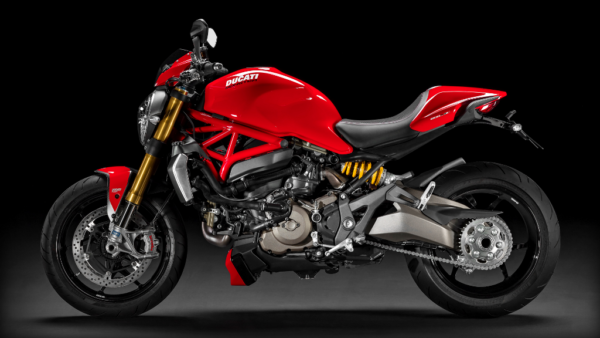 A color TFT (Thin Film Transistor) display provides riding information, offering three different layout configurations depending on rider preference. Wet weight for the 1200 S Stripe stands at 210 Kgs and seat height is adjustable between 30.9 inches and 31.8 inches. Prices for both the Stripe editions are yet to be announced.