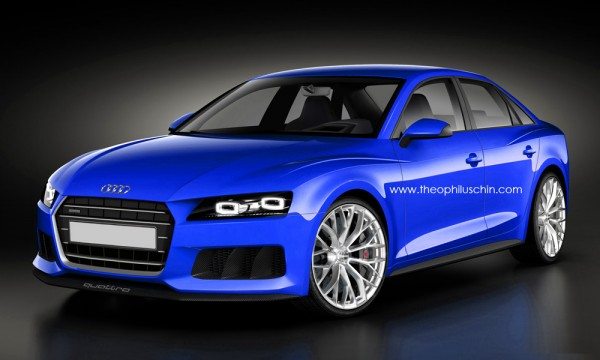 If these renderings from theophiluschin are anything to go by, the next-generation 2015 Audi A4 will carry several design cues taken from the new Sport Quattro Concept.

At the front, the 2015 Audi A4 could get a new set of projector headlamps, with LED fixtures bordering them, an ‘unpainted’ diffuser and the typical Audi griile. The airdams could also get aero slits to direct air into certain parts behind the bumper. 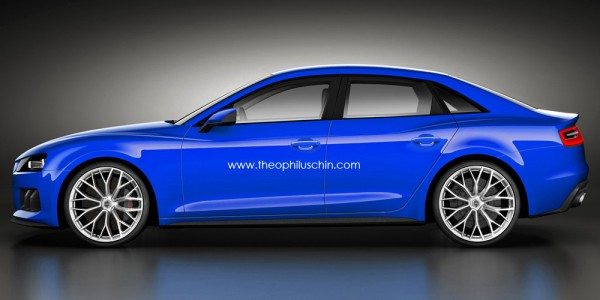 Both the front and the rear would feature a well pronounced crease that will run all the way in the doors and the car would also feature a ‘typically Audi’ greenhouse along with slightly ‘edgy’ ORVMs. The car also gets new design alloy wheels and a character line running across the bottom of the doors. 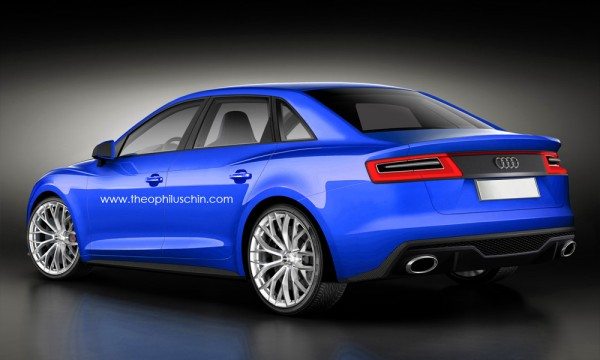 At the rear, the car would get a twin exhaust setup, new LED tailights and a boot-integrated lip spoiler.

Stay tuned to Motoroids for more on the upcoming new gen, 2015 Audi A4 sedan.