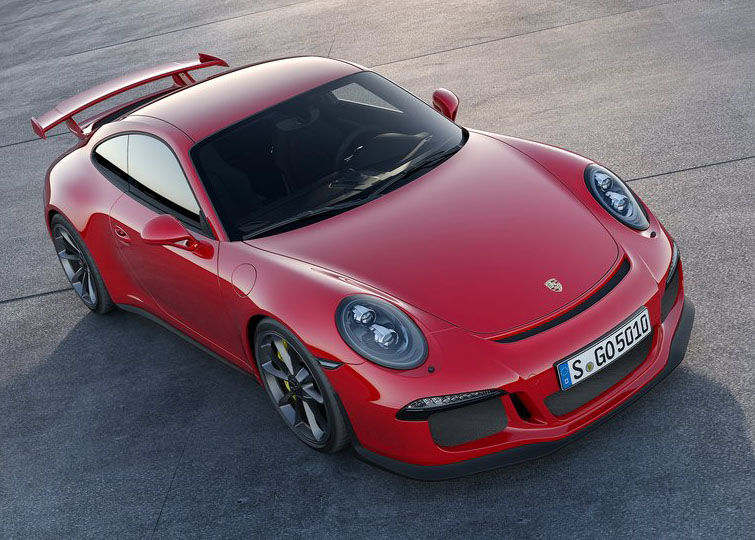 The 2014 Porsche 911 GT3 has been showcased at the ongoing 2013 New York Motor Show. The new fifth generation of the 911 GT3 is the sportiest variant in the iconic 911’s line up and can flaunt a sub-7.5 minute lap time for the holy Nurburgring.

The new car can accelerate to 100 kmph from standstill in 3.3 seconds and has a velocity max of 195 mph.

Porsche says that the new 911 GT3 is capable of bringing the “exhilaration of a sports car to everyday driving”. The new 2014 Porsche 911 GT3 becomes the road going Porsche to sport an active rear-wheel steering. Powering the new car is a 3.8-liter boxer engine that has a max power output of 475 hp. The engine revs all the way to 9,000 rpm before hitting redline. The engine is mated to Porsche’s dual-clutch transmission (PDK) with paddle shifters on the steering wheel column.

The car rides on 20-inch forged alloy wheels with centre-locking hubs. The 2014 GT3 is 1.7 inches wider at the rear than the Carerra. 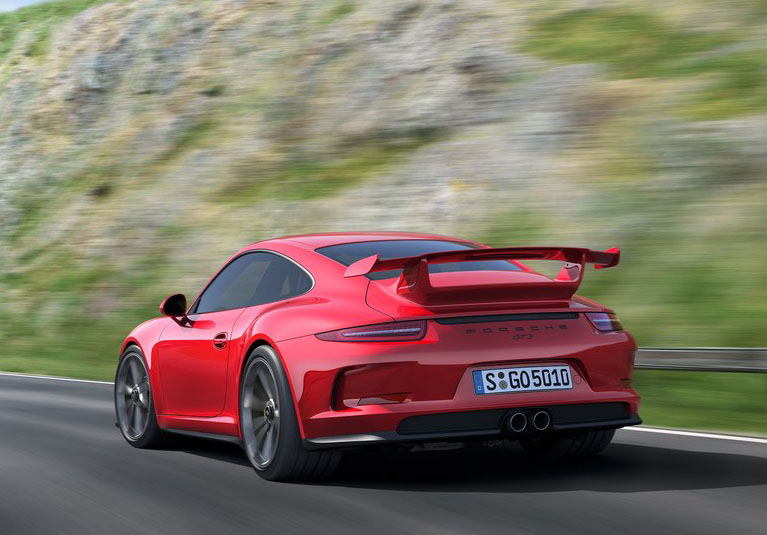