Home MINI This is IT! 2014 MINI leaked ahead of its public debut today

We have been closely following the updates related to the unveiling of the all new generation  2014 MINI and while the car will make its official public debut some hours later today, a couple of official pics of the new gen car have leaked on the cyber space. 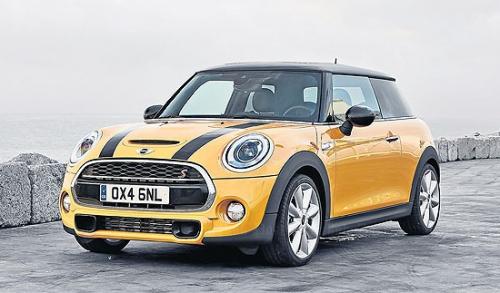 The design of the new MINI is evolutionary then revolutionary. However, even on looking much like the outgoing model, the 2014 iteration does manage to have an air of freshness to it. The couple of images you see here show a yellow three door Cooper S with glossy black roof, black mirros, plastic cladding and twin black stripes on the hood.

Engine details of the MINI have already been known to everyone since some time now. The new 2014 Mini will be offered with a new 1.5 liter three-cylinder turbocharged gasoline motor with a max power of 134 bhp and peak torque of 162 lb-ft (170 lb-ft with overboost). Also on offer will be a 2.0 liter 4-cylinder motor with max power of 189 bhp and 206 lb-ft (221 lb-ft with overboost). 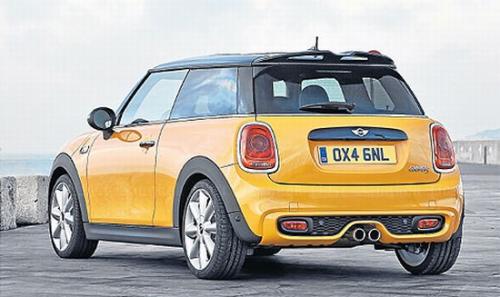 All the engines will be attached to a six speed manual gearbox as standard. Also, the car can be ordered with a six speed automatic transmission.

As we said above, the 2014 MINI will make its public debut some time later today. Stay tuned to Motoroids for a full report and a detailed image gallery of the all new 2014 MINI.