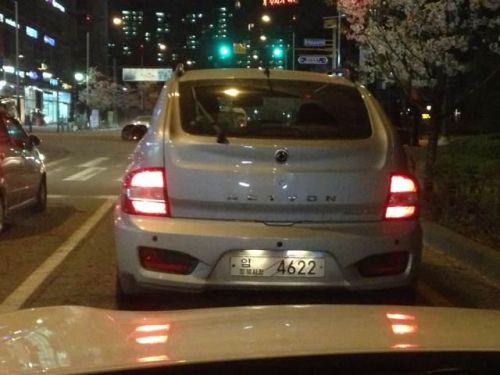 The Ssangyong Actyon has won a lot of flak for its ‘not-so-appealing’ exterior design and it, hence, doesn’t come across as too much a surprise that the Mahindra group owned Korean car maker is busy readying a facelift for the Actyon SUV. The upcoming Actyon facelift will sport a new fascia at front and rear and we really wish that Ssangyong does away with that unarguably bizarre front end. A Ssangyong Actyon facelift test mule was recently spotted testing and it seems like the car is just a few months away from making its public debut.

The recent batch of spy shots reveals that the car has got a significantly revised rear end. 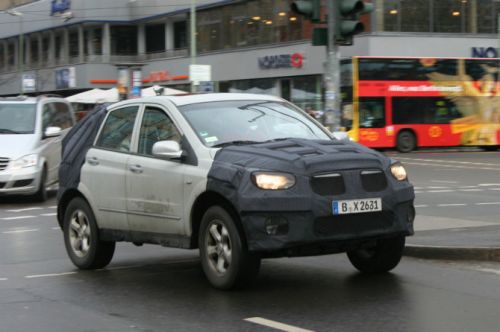 The spyshots reveal how the rear-end would look like. The spy shots also give us a fair idea of how the front end looks like and if our guess is right, the front fascia of the car would look pretty similar to that of the Actyon Sports pickup truck. When seen in profile, the car appears to have remain unchanged.  At the rear, the car has been seen sporting a new bumper and revised tail lights. 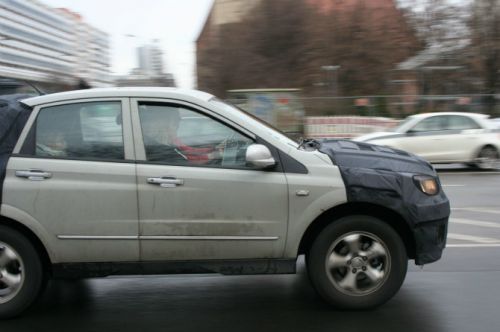 Powering the current Actyon is a 2.3 litre petrol motor that has a max power of 150 bhp. Also on offer is a 2.0 litre diesel engine with max power of 138 bhp. The car is available with both 5-speed manual and a 6-speed automatic transmission. Safely expect the facelift to get the same engines, albeit, with some tweaks.