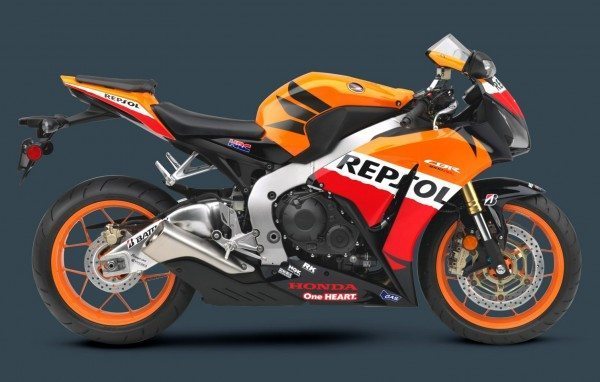 Enough has been talked about the ‘not so racy’ CBR500R that Honda has recently unveiled at the EIMCA 2012. We finally have some details on the big daddy of all CBRs- The 2013 Honda CBR1000RR has finally been revealed. The litre class CBR has to be one of the most loved superbikes ever and in in its 2013 edition, the CBR1000RR gets a lot of bits from none other than the Honda RC212V, Team Honda’s claim to fame in the Moto GP championship.

Cosmetic changes on the 2013 Honda CBR1000RR include a new instrument cluster for better readability and read-outs like gear position and peak-rpm memory with customizable gear shift indicator.