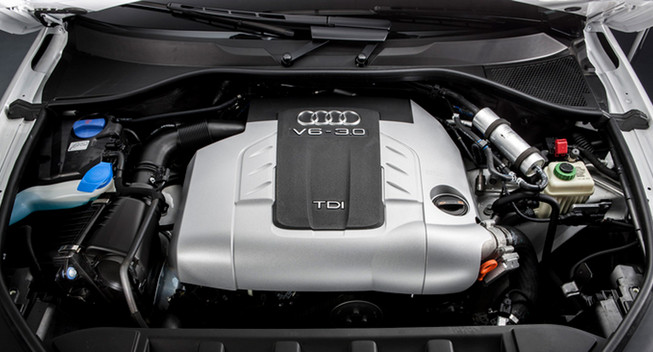 The very popular Audi Q7 gets an all new 3 Liter TDI turbo diesel motor for the 2013 edition. The new V6 is not just more powerful and more fuel efficient than the outgoing engine but is also lighter by a good 55 pounds. The new engine pumps out a healthy power output of 240 Bhp, 15 Bhp more than the earlier motor, and churns out 550 Nm of torque, which is same as earlier. Audi claims that the new engine is more fuel efficient by 12%. The 2013 Q7 will share the new motor with the cousins Porsche Cayenne and Volkswagen Touareg. This engine will be seen coupled with an 8 speed automatic Tiptronic transmission in the Audi.

It may be noted that 2013 will see Audi India start importing the Q7, which currently is a CBU import, via CKD route and all this translates into a possibility of a more competitive sticker price. The 2013 Audi Q7 should be here by the end of next year and the revised price tag, which will be friendlier to the pocket by about INR 10 lakhs, will surely help Audi overtake BMW in the Indian luxury car market.