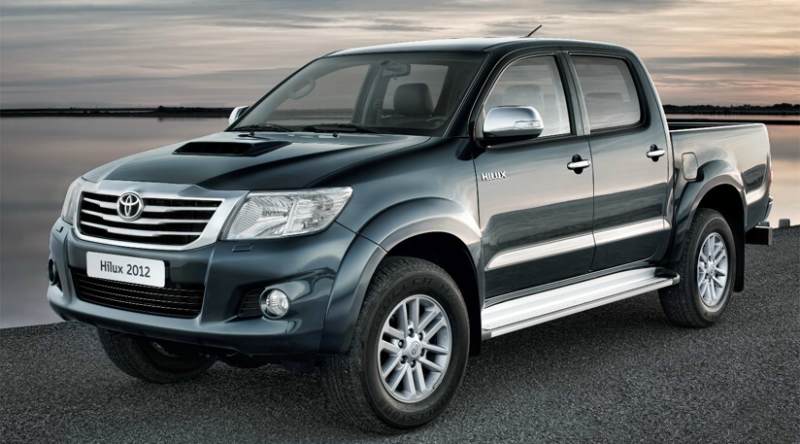 Remember the truck that Jeremy Claskson once tried to destroy in Top Gear, and failed? This was it, the Hilux – termed ‘indestructible’ by the big man at BBC.

Toyota have now revealed the first official pictures, as well as details on their pick-up truck, which is also one of their best known products across the world. For 2012, the Hilux gets a new bonnet, new grille, new headlamps and new bumper.

From the inside the Hilux has a new dash, with features such as a 6.1 inch touchscreen and a horizontal instrument cluster. Audio system now includes Bluetooth connectivity and a USB port.