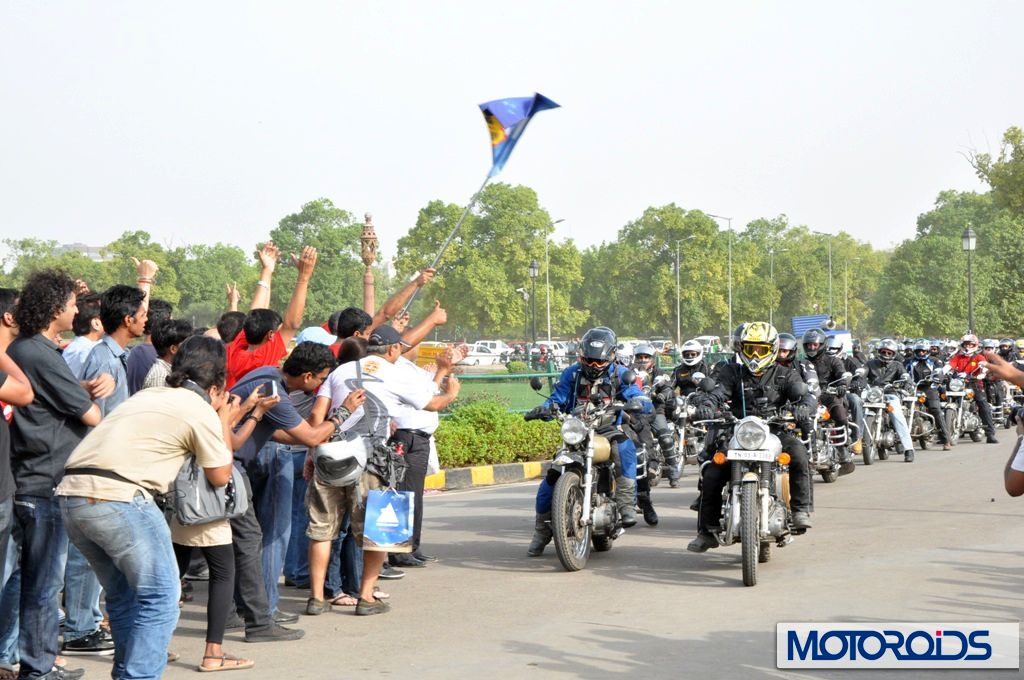 The 2012 edition of the Himalayan Odyssey, in its 9th year now was flagged off from New Delhi yesterday by Dr Venki Padmanabhan, CEO Royal Enfield. The 16 day ride event will have 67 riders from India and abroad cover a distance of 2700 kilometers from Delhi to Khardung La on their Royal Enfield Motorcycles.

In this year’s iteration of the Odyssey will see the rider venture into the Spiti valley first and cover the Rohtang Pass on their way back which is unlike the earlier editions of the Himalayan Odyssey. The motorcyclists on their way to Leh will pass through Parwanoo, Narkhanda, Keylong, Sarchu via Kalpa and Kaza region. Kalpa and the Kaza region are considered to be the toughest terrains for riding not only in India but across the world. After relaxing for a day on July 01, the riders will set out for the sand dunes of Hunder and then start their journey back tracing Leh, Debring, Keylong, Manali and Chandigarh to finally reach back in Delhi on Sunday, July 8, 2012.

The flag off ceremony began with the riders seeking blessing of the Lamas- Buddhist Monks, who hold the spiritual thread of the Leh- Ladakh region. The proceedings culminated with the riders moving out in formation, the thump of their bikes vociferating through the premises of India Gate, as the crowd admired the motorcycles head off towards their ultimate adventure.

Addressing the group of Royal Enfield enthusiasts, and hundreds of people present to wish the riders luck, Dr. Venki Padmanabhan, CEO, Royal Enfield, said, “We are honoured that this band of riders have elected to come with us, on our motorcycles, on this epic bucket list ride, not just honored but deeply touched.”