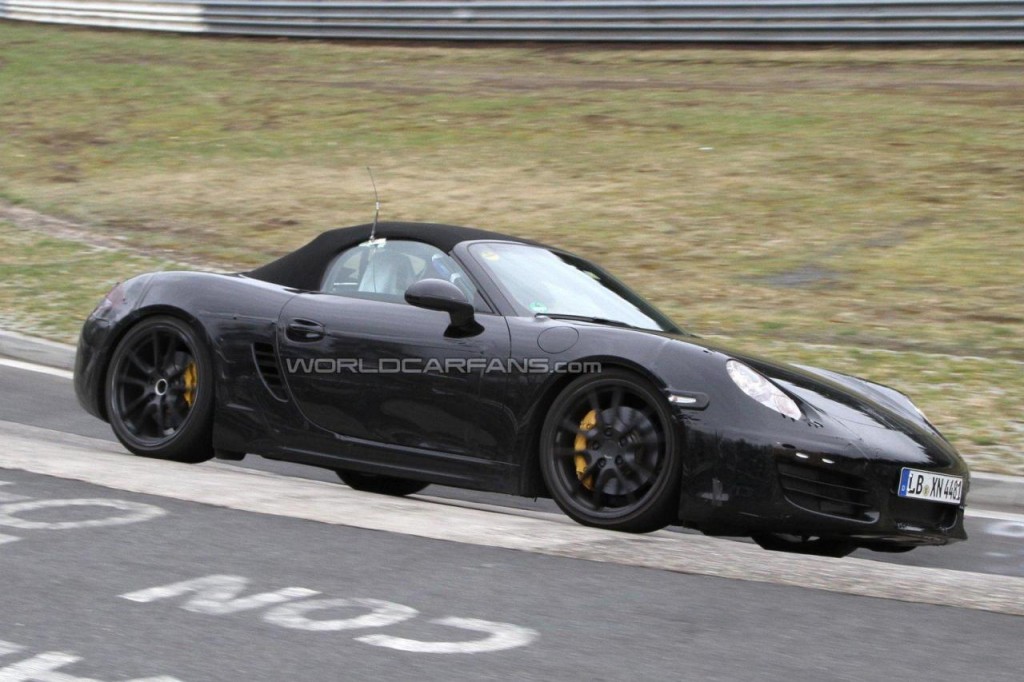 Here we have a handful of spy snaps of the upcoming 2012 Porsche Boxster. The generation next 2012 Boxster prototype was spotted at Nürburgring Nordschleife which is a famous track in Germany located in a small village Nürburg on a track undergoing certain tests.

The 2012 Porsche Boxster is speculated to be powered by the newly developed 2.5 lit four-cylinder engine which will also be available in the turbocharged trim  giving an output of an astounding 360bhp power.

Porsche which is offering the current Boxster in India in a 6 cylinder 2.8 lit engine churning out 255bhp of power and 290Nm of torque. Comparing it with the speculated new 2012 engine, the 2.5 lit four cylinders being smaller will prove to be a powerful package indeed.

Porsche India is targeting to sell 500 units this calendar year compared to 131 units last year. Talking about the waiting period for the most wanted Porsche Cayenne is around 500 days and that for the rest of the models is around 100 days. The long wait itself confesses the demand for the car. In fact the global order book position for Cayenne is 74,000 units whereas the production is around 44,000 units.