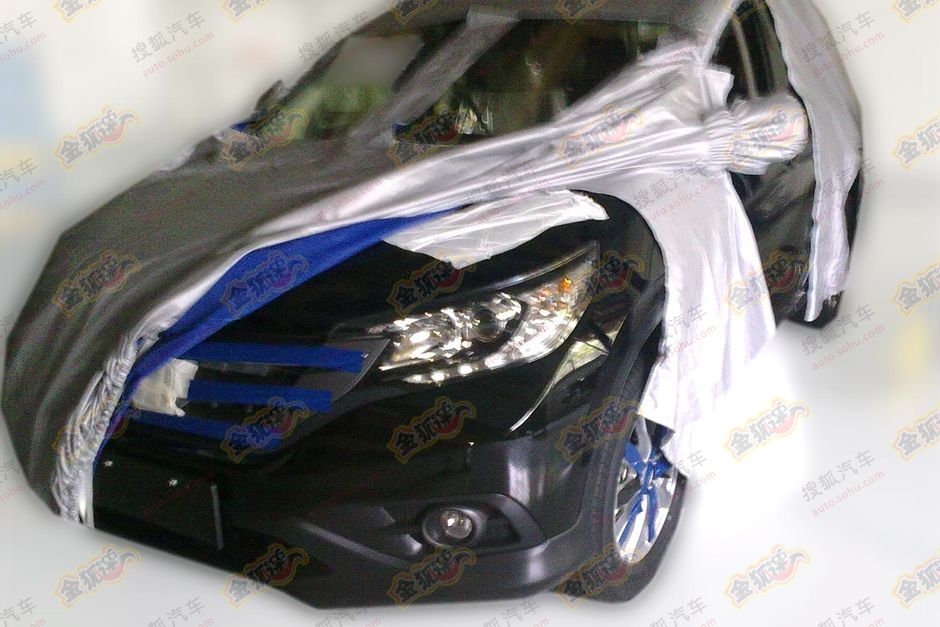 The Honda CR-V 2012 hass been spied numerous times with every time the car shedding little camouflage. In fact Honda have also released an official picture of the car. However, no interior pictures of the crossover were available yet. Today we have the interior snaps of the awaited crossover. The interiors of the new CRV looks similar to the 2012 Honda Civic apart from the analogue speedometer. In fact the speedometer of the CRV looks very attractive due to its sheer size and a small circular MID display in the center.

The gear shifter is now located much nearer to the driver on the extended dashboard similar to the i10 and Ritz which makes gear shifting easier. The quality of the parts used also seem to be of  a good grade unlike the new Civic where people have been reported complaining on the quality of the materials used.

Engine options are expected to be carried over from the previous generation model which is the 2.4 liter 4 cylinder mill which will be reworked  to give marginally more power and better fuel efficiency. In India the Honda CR-V goes head to head with the king of the segment Toyota Fortuner, Ford Endeavour and Chevrolet Captiva. If Honda get this car with a petrol engine it may have hard time finding buyers. As of now Honda does not plan to get the 2012 Civic and 2012 CR-V at the Auto Expo 2012.