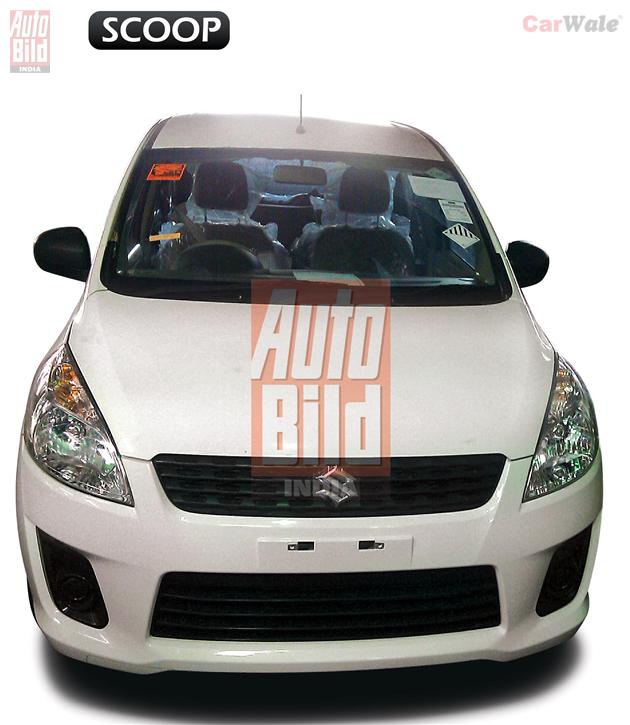 Its about time that the king of the MPV segment get shaken as Maruti which is indeed India’s most beloved and trusted car company has done all their homework and the RIII  looks almost ready. Earlier we had shown you spy shots of the RIII but today we have the car totally naked without even an inch of camouflage.

The RIII looks very similar to the Ritz. It is indeed a Ritz on a extended wheelbase using the fiat sourced 1.3 DDiS diesel engine which does duty on the SX4 producing 90PS of power. There will be a petrol engine too which is expected to be a new 1.4 VVT K-Series engine which is seen in the images here with the VVT badge on the side. Expect Maruti to come up with an alternate fuel CNG version of this car too sooner or later.

The RIII will be a seven seater MPV and the top end ZDi\ZXi version will be a dual tone interior and will sport six seats. With the Maruti badge which brings reliability along with lower maintenance cost and amazing fuel efficiency this MPV should do well for itself. We would love to see if Maruti launches it this festive season or at the 2012 Auto Expo where the concept RIII made its debut two years ago.

What do you think Maruti should name this car?