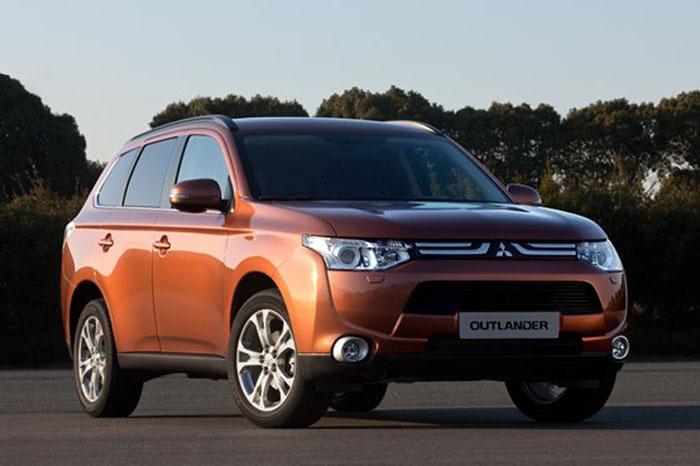 Only today we reported about the Jap auto manufacturer Mitsubishi planning to soon introduce a seven seater version of the Outlander in India. Now, a few hours earlier, the popular jap car maker unveiled its all-new Mitsubishi Outlander at the Geneva motor Show. It may be noted that this car was ealier seen at the Tokyo motor show as the PX-MiEV II concept. The good thing is that not much has changed as the car has travelled from its concept stages to the production version.

A slightly toned down front fascia, different outside rear view mirrors and softended fenders is all that has changed between the concept and this version. On the inside, the new car carries a similar design to the current gen Outlander. However, the inside is a seven seater and comes with a new dashboard for “better driver concentration”.

Among new features are a ‘wide vision’ xenon headlamps, dual-zone air-con, a flat cargo area and a powered tailgate. On the safety front, in addition to the current car’s safety equipment, the new Outlander gets a ‘Forward Collision Mitigation System, a lane departure warning system and active cruise control.Engine options include a retuned version of the tasty 2.0-litre MIVEC petrol and 2.2-litre MIVEC clean diesel engine. The motors will be seen mated to a start-stop system, a six-speed automatic gearbox and all wheel drive mechanism. The manufacturer will also offer an all-wheel drive plug-in drivetrain that uses two electric motors, one to power each axle, and a 2.0-litre four-cylinder petrol engine. This car can travel up to 48km on electric power alone and should have a very high fuel economy.

Currently, the manufacturerhas no plans to bring this new gen car to India.