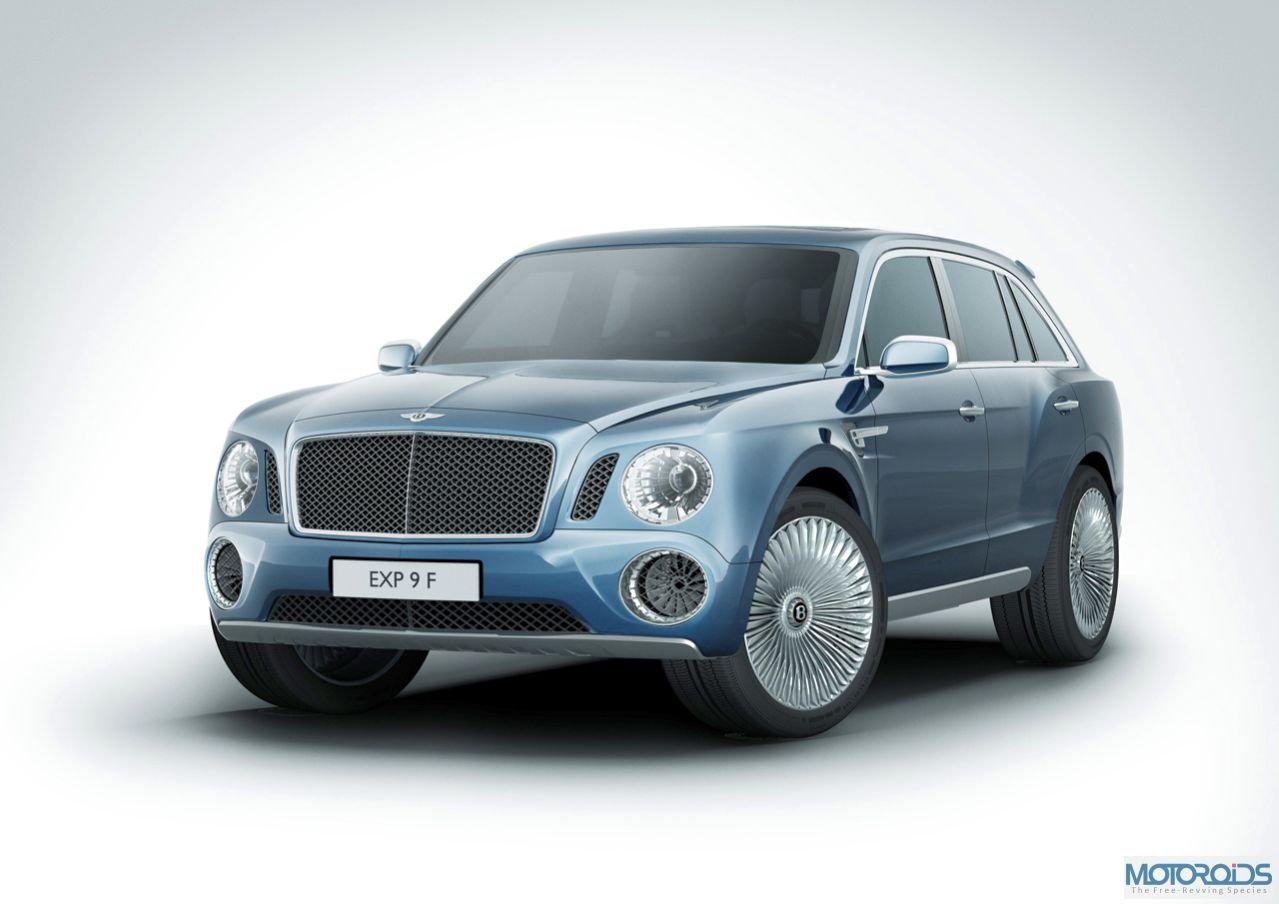 Bentley has taken the covers off their Sport Utility Vehicle concept, EXP 9 F, at the Geneva Motor Show. The EXP 9 F has a very good chance of becoming a production reality and the vehicle could join the Mulsanne, Continental GT, GTC and Flying Spur models at Bentley showrooms soon.

The EXP 9 F concept will be powered by the Bentley 6.0 litre, twin-turbocharged W12 engine mated with an 8-speed transmission. Bentley, however, is keeping the option open to outfit the new SUV with its recently-launched 4.0 litre, twin-turbocharged V8 or a hybrid drivetrain. The W12 6.0 litre powerplant is good for 600bhp of peak power and 800 Nm of torque. The 0-100 sprint time for the EXP 9 F is expected to create new benchmark for the SUV segment.

We’re not too impressed with the design of the EXP 9 F and think that a product from Bentley in this category could have been grander and more appealing. The new SUV has some interesting, though not necessarily aesthetically appealing design details, such as the day-time running lamp apertures which also act as the air intakes for the twin-turbo W12 engine. The EXP 9F has taken inspiration from turbines, and you can see ample evidence of the fact almost everywhere on the exterior. The turbine theme continues with the 23-inch alloy wheels and the fog lamp casings too. At the rear, the swooping lines try to give a sporting profile to this large vehicle. The EXP 9 F’s rear too has turbine inspired design cues such as ‘rifled’ inner surfaces of its twin tailpipes and the turbine like design on the tail lamps. 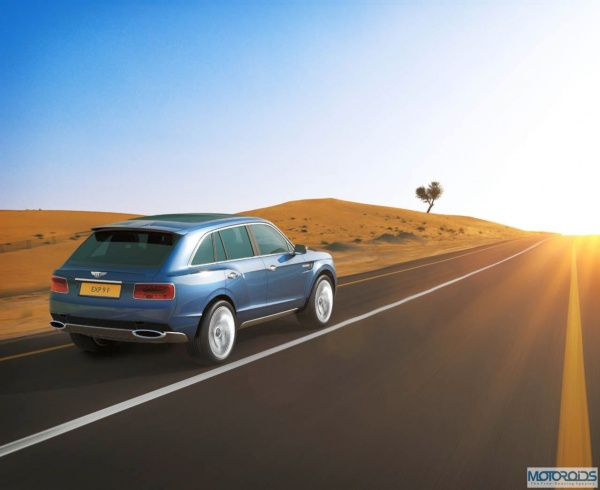 Inside the cabin, characteristic Bentley luxury prevails. Soft-touch leather, plenty of wood and other premium materials can be found aplenty. The roof has a panoramic glass panel is inspired by the roll cages of rally cars. Rear seat passengers can chose between grand legroom or full internet connectivity via an iPad or tablet or a more reclined position with powered footrest. The EXP 9 F seating is 4+1, with a rear armrest lifting to reveal a cooled compartment for champagne and glasses. At the rear, the lower section of the two-piece tailgate may be used as a viewing bench or picnic table. 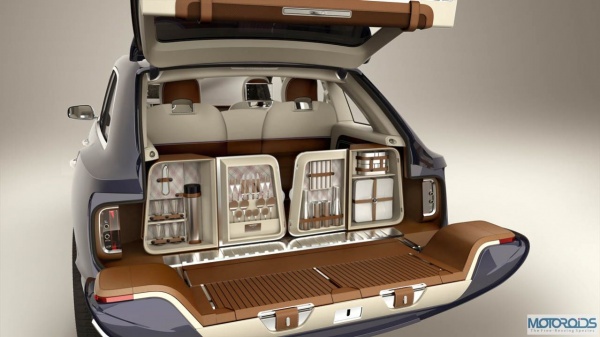 Bentley will adjudge public response before putting this behemoth into production. We are sure it will produce it anyway. If Bentley is listening to us, we have only one thing to say – Please don’t do this!