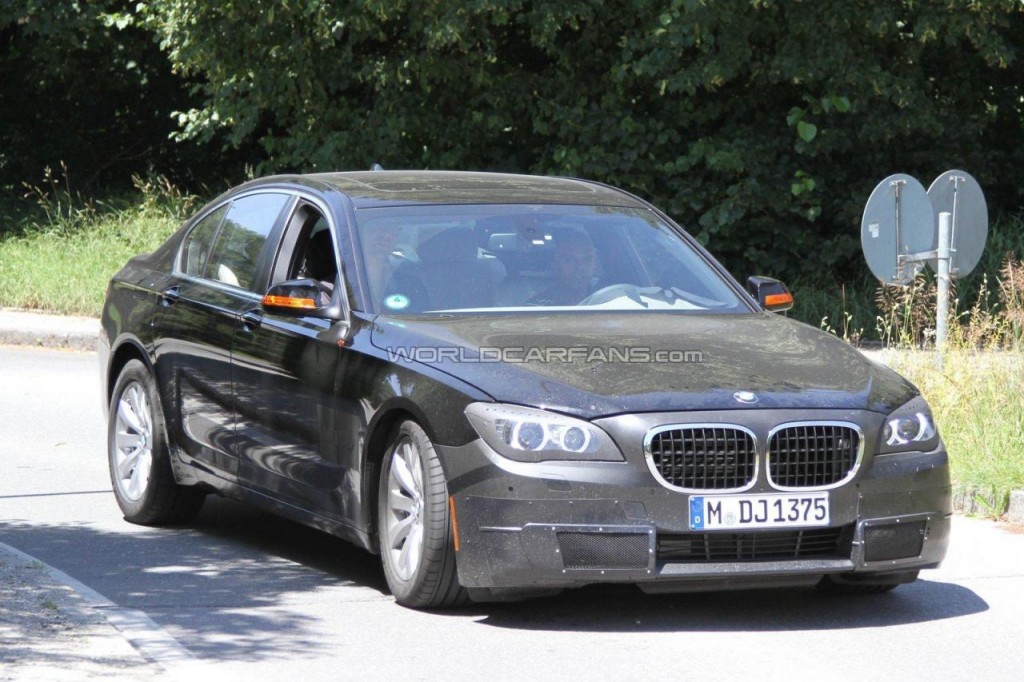 The flagship BMW 7 seridue for a facelift and seems like BMW have begun work on it. BMW is gearing up to refubish its 7 series in the wake of the fresh challenge offered by the Audi A8 L W12 which has best in class back seat and the upcoming all-new Mercedes S-Class .

The 2012 BMW 7 series will carry forward the BMW  genes with the majestic double kidney grille , new set of headlights, LED strip on the side mirrors. Inside the display screen gets wider and will come packed with more Multimedia and display options plus there seem to be more functions on the central console.

The transmission is rumored to be the ZF sourced new 8 speed auto gearbox which not only facilitates ultra quick and smooth shifts but also excellent fuel efficiency. Watch out for the new 7 series which should hit the international market early next year, to be introduced later in the Indian market.