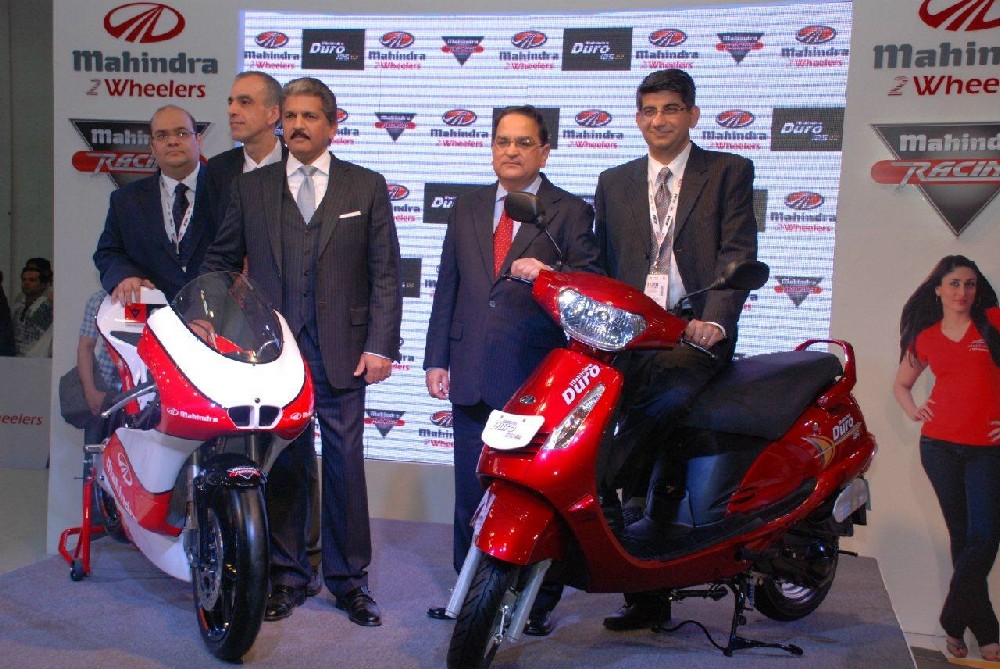 Mahindra Two Wheelers showcases both ends of the technology spectrum in two wheelers with utility and performance in the Duro DZ and Mahindra MGP30.

Designed specifically for the challenging Indian roads, the new Mahindra Duro DZ offers a unique combination of superior power delivered by a peppy 125 cc engine which provides better instant pick-up and multi-terrain acceleration. The Duro DZ’s advanced telescopic suspension ensures a smooth ride, while its superior ground clearance enables enhanced manoeuvrability over speed breakers and rough roads with ease and comfort. The vehicle’s long wheel base and improved braking system afford the two wheeler better safety & stability on the road. The Duro DZ is thus, designed to be the perfect scooter for carrying your family on tough Indian roads.

Commenting on the Duro DZ and the company’s product pipeline, Mr. Anoop Mathur, President, Mahindra 2 Wheelers said, “At Mahindra 2 Wheelers, we have worked hard to enhance our technological capabilities in an effort to Rise and introduce high performance two wheelers. Testimony to which is the new Mahindra Duro DZ scooter, which is a tough and powerful scooter designed specifically for Indian road conditions. The Duro DZ is a direct by-product of a customer centric approach adopted by M2W, which includes extensive pre-launch product testing. The Duro DZ compliments our product portfolio which currently boasts the popular Rodeo and Flyte. We will shortly be re-launching the Stallio, our 110 cc motorcycle which is currently completing extensive customer trials and showing very encouraging results.”

At the other end of the technology spectrum is the all new Mahindra Racing Moto 3 machine, the Mahindra MGP3O, which has been developed jointly by Mahindra and Italy’s 2 wheeler specialist firm, Engines Engineering. The Mahindra MGP3O is powered by the Mahindra-homologated 250cc, 4-stroke fuel-injected single cylinder engine, developed in union with engine and Formula One racing specialists, Oral Engineering. The engine is packaged inside a tubular steel chassis while the swing arm has been crafted out of lightweight aluminum. Proudly flaunting Mahindra Racing’s red and white colours, the MGP-Three-Oh will be the machine that will have a lot of hopes and dreams riding on it in 2012. 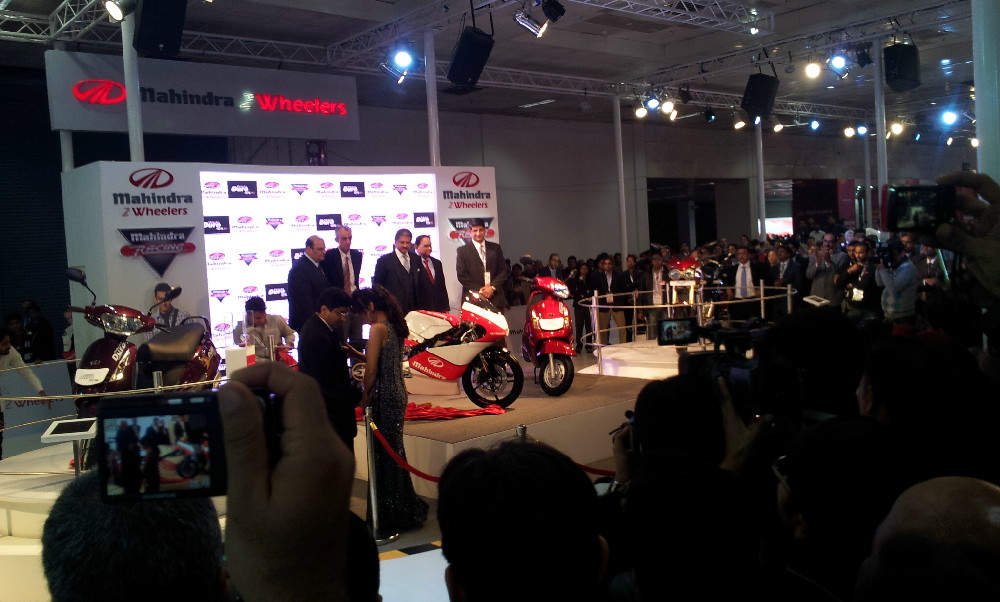 Besides the Moto3 World Championship, Mahindra Racing in 2012, will also participate in the Italian Championship in the 125cc class with an Indian rider for the very first time. We thus hope to inspire a billion Indians to pursue an active interest in MotorSports.

Commenting on the unveil of the all new Mahindra MGP3O, Mr. Ruzbeh Irani – Executive Vice President – Corporate Strategy & Chief Brand Officer, Mahindra and Mahindra Ltd. said, “After a very successful inaugural season in MotoGP as the first ever Indian company to participate, all of us at Mahindra Racing now eagerly await the debut of the all new 250 cc Mahindra MGP3O in 2012. Our MotoGP participation has given us a great platform to showcase the Mahindra brand globally and also exhibit our technology skills to a truly global audience. “.