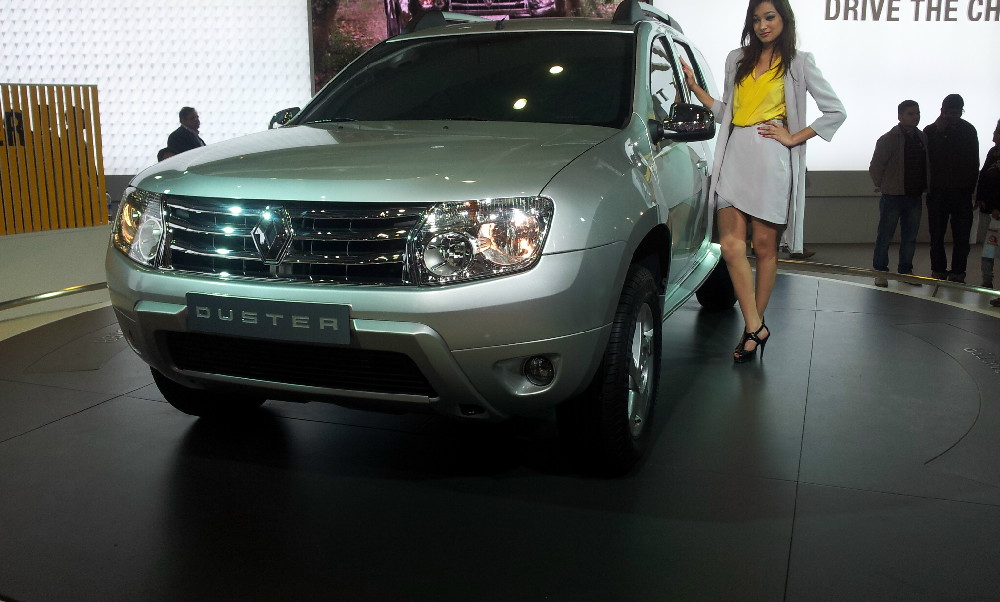 We just fought our way through a crowd of school kids, housewives, college goers and couples to enter Renault India’s hall at the ongoing 2012 Auto Expo, New Delhi.While the Dezir concept was a real showstopper, it has to be the Pulse hatchback and Duster SUV that really interests us. 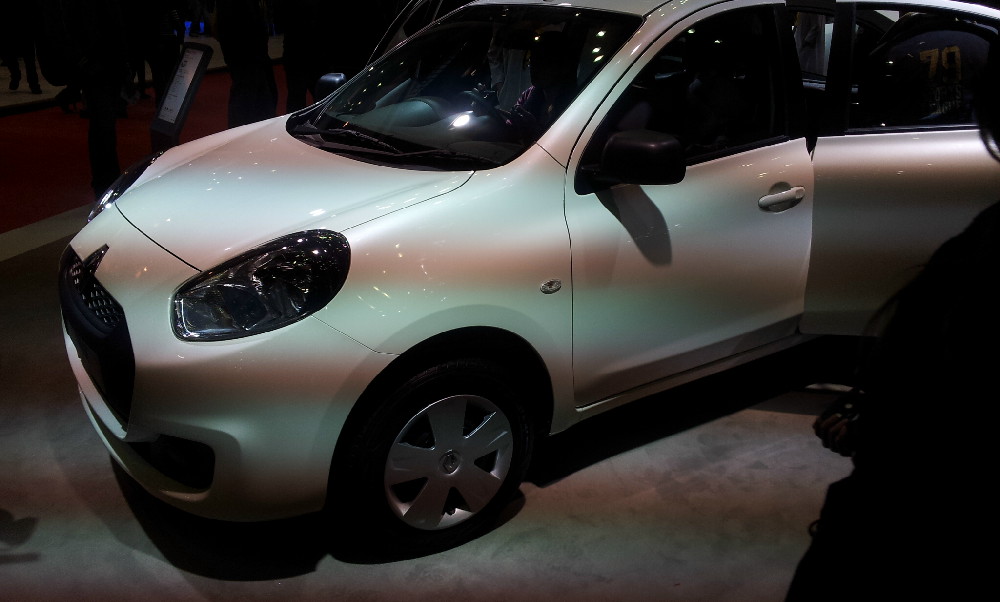 Pulse (codename: B58) is highly based on Nissan Micra and it may be noted that the dealers in several parts of India had started receiving bookings for the upcoming hatchback about a couple of months ago. The Pulse finds itself representing Renault in the B+ segment. Demo cars are already available at many Renault dealerships.

Talking about the looks, the basic form of the car, with it’s arched roof and big cabin remains the same as the Nissan but the nose is dramatically different from that sported by the Micra. The front end is now much sharper and bolder,  with its raised crisply styled lights,  a really large hexagonal grille and a typically European matt black center section. Similar treatment to grille is also found on almost all Renault cars. The rear is almost the same as Micra but with minor alterations to it.Renault hinted that there could be a sportier version of the car and it made me dream of seeing something like a Renaultsport Megane R26 on our roads.

A big let down is the fact that the interiors of the Pulse turned out to be almost identical to those of the Micra and the similarity extends right down to colours and tones. The center console that comes from the Micra appears to be smart and trendy. However, nothing ground breaking in interior department. An Opportunity lost Renault.

Pulse is the French auto maker’s third offering in six-seven months and follows the Fluence saloon and Koleos SUV. The Pulse is to be produced at Renault-Nissan’s Chennai plant alongside the Micra. The Pulse shares its oil burner (1.5Litres) motor with the Nissan Micra and Renault launched the Pulse in two variants– mid-variant RXL at 5.77 lakhs and top-end RXZ at 6.25 lakhs (ex-showroom Delhi).Renault offers 2+2 year warranty on the Pulse. 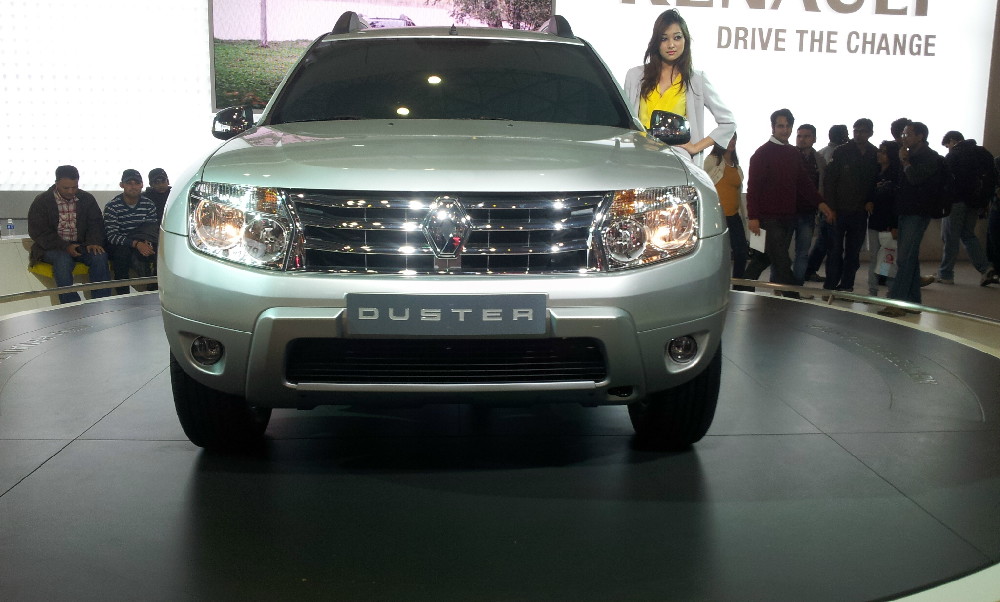 Koleos has been in our market for sometime and it is no secret that it hasn’t exactly set the sales charts on fire. Now, Renault unveiled the Duster in India. The Duster will probably be an ‘economy-class’ SUV manufactured by Dacia and is built on the same platform as the Logan nay(!!) the Mahindra Verito.

The SUV will hopefully be available in 4×2 and 4×4 configuration and will be propelled by the 1.5-liter (K9K) diesel engine that does the duty on the Renault Pulse. The engine will hopefully be retuned to offer more punch and give a decent blend of fuel efficiency and performance.The Romanian version of the Duster crossover sports a new grille, dark gray painted mag wheels, upgraded AWD system, and different instrument binnacle and center console. Renault has officially confirmed the 2012 launch of Duster for India.

Speaking of the dimensions, the Duster is similar to the now defunct Hyundai Tucson but the car will be priced significantly lower. It is a safe guess that the Renault will be priced within the 10 Lakh rupee bracket. The Duster will have high local content which translates into competitive pricing.

Likes of Scorpio and Safari should Better Watch Out !!