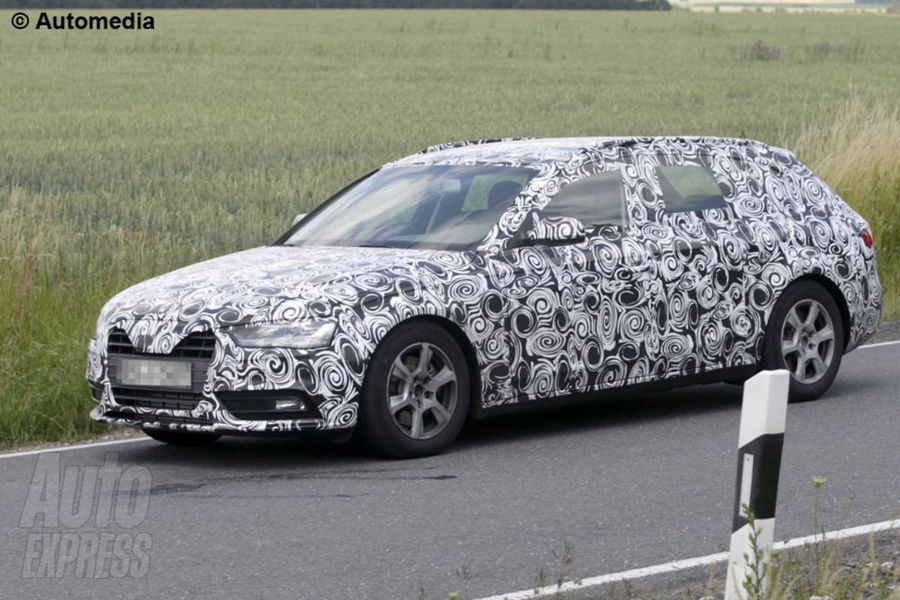 Well Audi has really had an amazing year ahead of its competition when it comes to launching new cars and offering better options to the buyer. It started with the Audi introducing the flagship Audi A8 L which is considered as the epitome of luxury in the rear seat. Then Audi introduced the A7 Sportback along with the power monger RS5. The A6 is on its way and very soon will ply on Indian roads.

Other plans that Audi has for India are introducing the A1 hatchback, Q3 mini SUV and we exclusively spied the Audi A5 which was doing test rounds in and around Mumbai. The latest scoop says that Audi will give a facelift to the Audi A4. The A4 is one model which is not particularly doing well in India compared to the BMW 3 series and the Mercedes C Class. The 3 series facelift has already been spied, and the new C Class is already on its way to India, Audi will not rest on its laurels and will launch a facelifted A4 soon.

Even though the spy shots are of the A4 Wagon, the sedan will be no different except for the boot. The new model will take cues from the elder siblings A6 and A8 also it will be updated on the gadgetry department. The design will be more sharp with perfectly arched grille and wrap around tail lights.