Home Maruti Suzuki 2011 DZire to be less than 4 meters in length, cheaper! 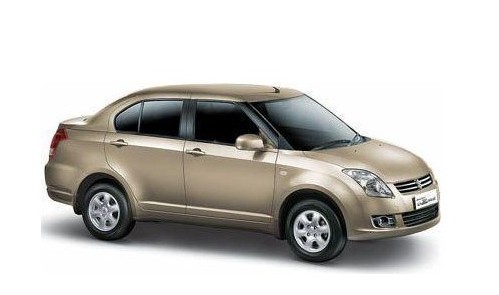 Maruti Suzuki is going to reduce the length of its Dzire entry level sedan for the next version. The 2011 Swift is due by March-April 2011 and the new Dzire will make its debut either along with or slightly after the hatchback. However, in its new avatar, the Dzire will have its length reduced to less than 4.0-meters (the current length of the car is 4160 mm). This will make the Dzire eligible for only 10 percent excise duty instead of 22 percent applicable to cars longer than 4 meters. Remember the Indigo CS? The Tata sedan which is less than 4-meters long and makes for a fabulous VFM car? Expect the Dzire to be available for a lesser sticker price as well in its upcoming form. The estimated cost benefits to Maruti Suzuki are around Rs 40,000, and we expect that a good percentage of that amount will be passed to the customers.

The engines will remain the same as the current version with the 1.2 K12 and 1.3DDiS duties duty under the bonnet. There are, however, murmurs of the more powerful 90PS version of the 1.3 Fiat Multijet being employed under the new car’s bonnet, as it would be used for the Suzuki SX4 diesel as well.

The new Swift Dzire will be designed indigenously by MSIL, as the car sells only in India. Expect the boot space to be reduced by a good margin. How the customers of Dzire respond to that reduction and size and boot space is something that remains to be seen. The Dzire now has a more than worthy competitor in the Etios. If Maruti Suzuki want to guard the sales of their hot selling sedan, they will have to match the Etios spec-to-spec. It’s not going to be easy for sure!