2010 could just be THE year for Indian motorsport. After much stagnancy in the early 2000s followed by the political wars between the two rival federations – 2010 seems like the start of good times to follow.

There have been many developments in the last few months, all of them positive. First, the listing of the Indian Grand Prix on the FIA F1 provisional calendar for 2011. Second, German auto major Volkswagen announcing the entry of their world-class international entry-level racing championship – the VW Polo Cup and the third and the most decisive one being the signing up of Karun for the F1 2010 season. It is boom time indeed!!

Allow me to narrate how and why motorsport is about to boom in our otherwise cricket-dominated country. Let’s talk about the Indian Grand Prix for starters. Motorsport is seen as a massive marketing platform by host countries globally on which they promote local tourism. Malaysia, Singapore and Turkey being the biggest examples, they have converted their home GPs into solid platforms to entice the F1 visiting fan to tour their countries and explore their native.

India is one of the biggest tourist destinations in Asia and an F1 GP will not only help increase the number of in-bound tourists, but also add to the tourist spends. Not just F1, but even the World Rally Championship programs are tourism driven and Ireland and Portugal thrive mainly on the influx of tourists for their motorsport activity. The Indian GP will surely drive India on the international map of sports-tourism driven economies. 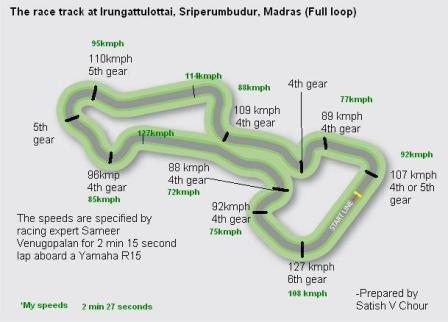 The other benefit of the Indian GP is the development of infrastructure in the Indian motorsport space. For long, Chennai was the only race-track in India only to be joined by Coimbatore a few years back. With a test track coming up in Khopoli and with the GP track expected in Gurgaon, the Indian motorsport championships will hopefully have 4 different venues to race – adding not only to the variety, but also to the challenge!

Infrastructure development would also lead to creation of more jobs and in-turn work in bettering our economy. So if you see what I see, the Indian GP is only the trigger for a larger development cycle that the country can benefit from. Bring on F1!

If the prospects of the Indian GP don’t excite you – the second one might just! Indian motorsport has seen very little involvement from automobile manufacturers in the past. Hyundai, Maruti Suzuki and Chevrolet have contributed in their own little ways, but nothing substantial enough that would help grow the sport at the grass root levels. For a large part of Indian motorsport history, FISSME (Formula India Single Seater Maruti Engine) was the most competitive racing series on the national level. However, the winner’s gratification was prize money alone, which in no ways would fund his international racing career. As such, the FISSME was the first and the last step for a budding Indian racer. 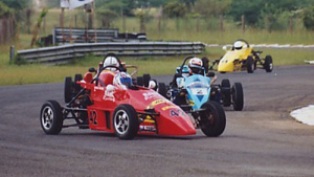 However, I must mention the contribution of JK Tyres and MRF. The two rival tyre manufacturers have invested in motorsport even though there was barely a market out there – not only in terms of fans, but also drivers! JK Tyres have been funding national champions in their international careers and their prodigies are the ones who are now rubbing shoulders with the giants in Formula1. Local battery manufacturer Amaron Batteries too have led the way forward at the grass root levels by initiating a multi-ciry go-karting talent hunt program.

2010 will see Volkswagen’s entry into Indian motorsport. They’ve committed a lot of their resources to growing their brand in India and the same can be said about their plans for Indian motorsport. The VW brand debuts their Polo Cup this year. The Polo Cop is a highly competitive international racing series which sees upto 25 drivers race in identical Polo cars and fighting it out on track. The beauty of this series is that there are very minor car setups available and since all the cars are equal, it is driver talent alone that needs to come to the fore. 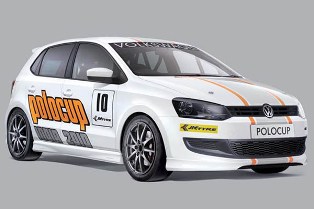 The best part of the Polo Cup is its gratification. The winners will get international exposure immediately as they will be put on the Polo Cup program in Eurore – backing from an international manufacturer as Volkswagen adds a lot of credit on a driver’s profile. The Polo Cup will surely change the way motorsport is seen in India, with the manufacturer planning to kick start with a team race followed by a series of road shows in India.

The third development of course is Karun Chandhok’s signing with Hispania Racing Team. A lot has been said about Karun’s signing and whether he jumped to F1 a season too soon. But in my opinion, Karun’s signing will boost the sport in the country. Sporting fans love their heroes and Karun has got the correct opportunity to become one and take forward India’s F1 initiative.

Tennis got a boost in the country after Leander Paes won his Bronze medal at the Atlanta Olympics. Ditto with Sania Mirza and Mahesh Bhupathi’s pairing with Leander. Badminton was led forward by Saina Nehwal and now Pankaj Advani is out to do the same with Billiards. Karun has the platform and now needs to deliver and manage good results to blow the Indian crowd and media with Formula1.

If all goes per plan in 2010, Indian motorsport will surely be sought after not just by fans, but also by sponsors – both of which are extremely important and define the scope of the sport. Let’s hope that Karun scores well, the Polo Cup maxes the opportunities for youngsters and the Indian Grand Prix stays on course for 2011. Amen! 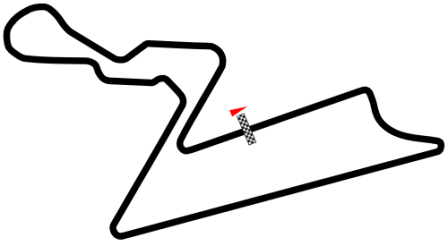