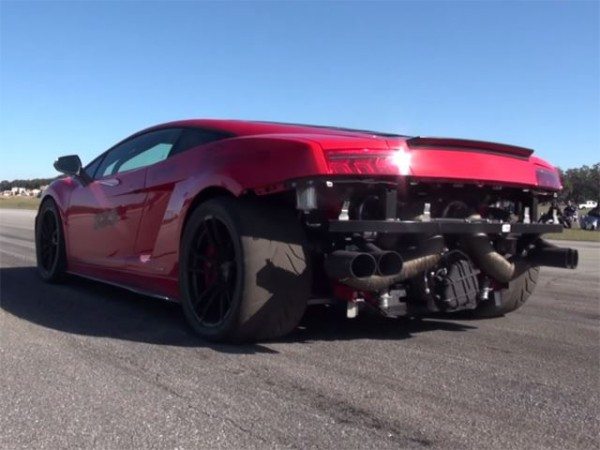 Now here’s the question, what happens when you have an already powerful enough Lamborghini, and you give it even more power? 2000 horespower, to be precise. Well, as this man found out during a drag race on an airstrip, you might end up going off the “beaten” path. In this scenario, his most prized possession (probably), ended up in a pond. Should we say that this raging Bull was feeling hot with all those horses? Well, jokes aside, the driver should count himself very lucky that this twin-turbo powered Gallardo didn’t do a, “Hey! Let’s do some somersaults down the runway.” 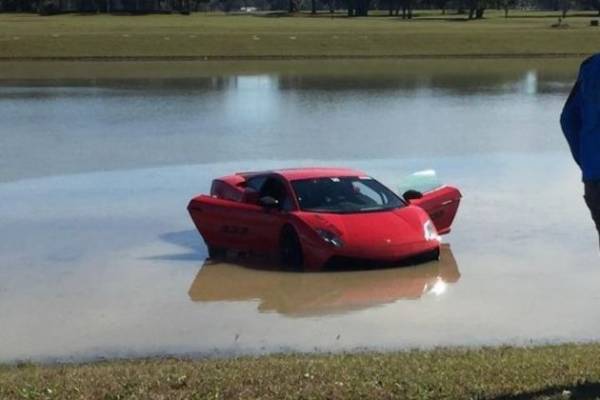 That doesn’t look very normal to us, somehow.

Yeah, we know it’s hard to see this Italian bull in such a condition.

Apparently, this very car had issues with its rear diffuser which got damaged on a previous day of racing. That explains why this time around it did the run without the rear diffuser, much to its demise. Without the aerodynamic downforce from that diffuser, this 2000bhp Lambo wasn’t very stable as the speeds climbed. That could be a possible explanation as to how it ended up in that pond as it spun out of control at high speed. Thankfully for the driver, the pond wasn’t too deep and that meant that the car didn’t plough into it. Rather, the shallow water gently slowed it down and hence the car escaped major structural damage. We hope the next time this guy tries something like this, he takes some physics lessons, first, and gets a better grasp of aerodynamics on a car at high speed.