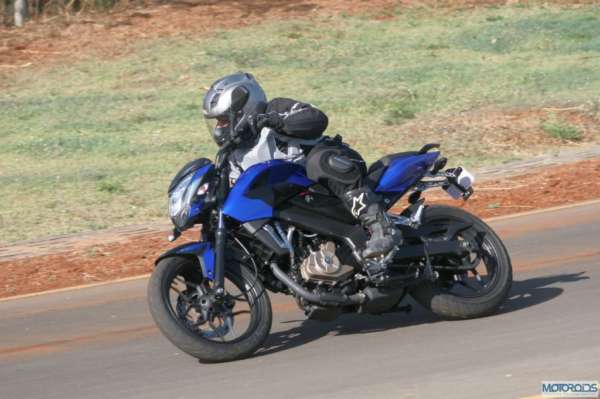 Regulars here would remember that we reported in detail when it first emerged that Indian bike maker Bajaj plans to launch not one but two new variants of the Pulsar in the fast developing Indian bike market this year.

While one of these two new variants will be the Pulsar 375, which will become the new flagship bike in BAL’s product portfolio, the other could be a new generation of Pulsar 150/180cc bike. The all new Pulsar 150-180cc variant is expected to be based on the 200NS. It may be noted that the roots of the current gen Pulsar 150 and 180 variants can be traced back to the first Pulsars that were launched more than a decade ago and regardless of the million upgrades, the current sub 200cc Pulsars aren’t really the most modern bikes around. The new sub 200cc Pulsar from Bajaj is expected to be lighter in weight, have a more powerful and fuel efficient engine and have a better ride and handling package. If the 200NS is anything to go by, the new crop of Pulsars is sure to close in the gap between Bajaj and rival manufacturers from Japan.

It will be really interesting to see how Bajaj manages to position 8-10 Discovers in the commuter bike segments. Bajaj feels that it could see 50% boost in sales of its commuter motorcycles with the launch of the new Discovers. We feel that the Indian commuter bike buyer is looking all set to be spoilt for choice in near future.