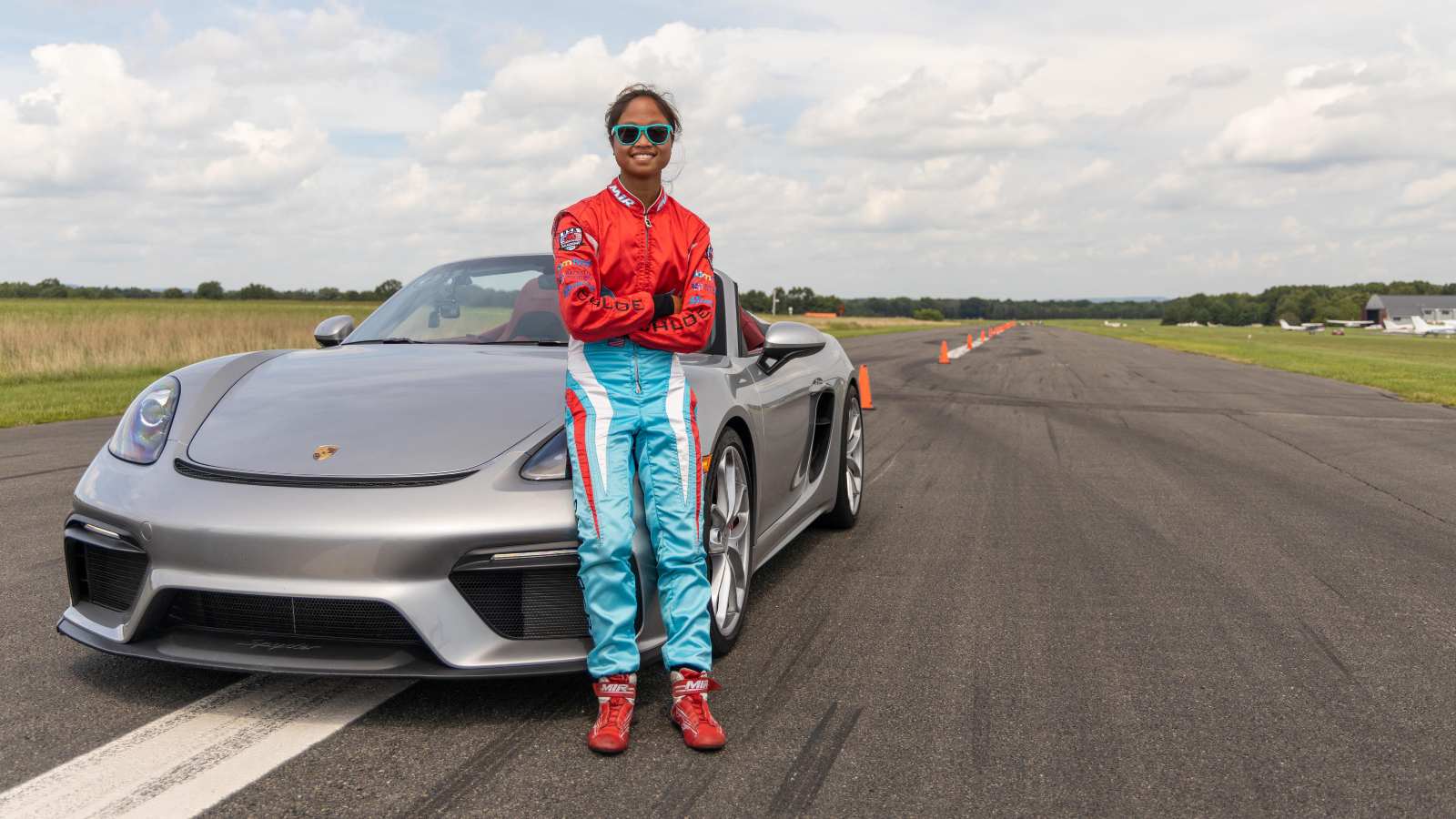 Since time immemorial, Porsches have always been driver-centric cars. There are many supercars out there which might trump a Porsche in straight-line performance but when it comes to the ultimate driving pleasure, Porsche is considered to be one of the top-dogs in the industry. What strengthens its legacy of making driver-oriented cars is the fact that a Porsche 718 Boxster Spyder has set a new Guinness World Record for the Fastest Vehicle Slalom.

Sixteen-year-old Chloe Chambers achieved the 47.45-second run on Friday, August 21, setting a new benchmark pace in an exercise that tests both driver and vehicle. She achieved this feat behind the wheel of a 2020 Porsche 718 Spyder, which was completely stock, right down to its tires. Chambers, who has seven years of racing experience, currently competes in many karting series. 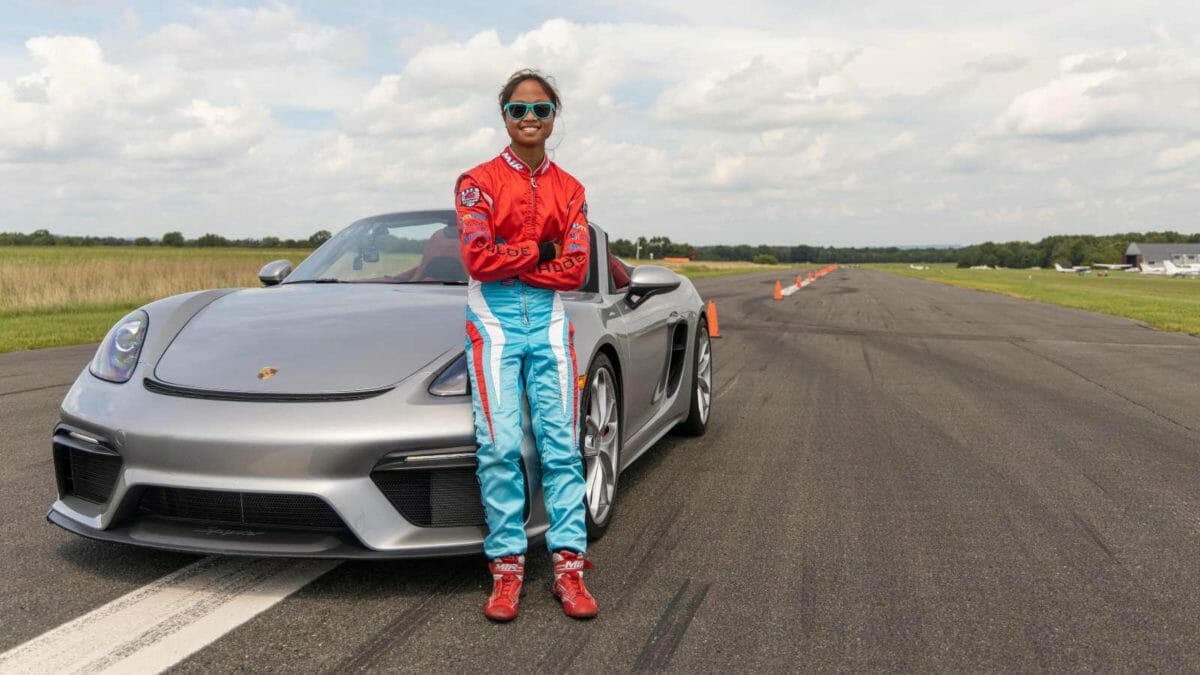 “It looks easy, but it’s really not – to weave between 50 cones as fast as possible, trying to beat a record time and knowing I couldn’t touch a single one for the run to count – I definitely felt the pressure,” Chambers said. “Everything came together on my final run; the car worked beautifully and I found the grip I needed. Thank you to my family and to Porsche for supporting and believing in me.”

Because her racing experience is mostly in Kart, Chloe had to quickly adapt to driving a car. Nevertheless, she thrived on the challenge, quickly gaining confidence and finding the right balance, in the process opting for a 718 Spyder equipped with a manual gearbox. She beat a record set in China in 2018.

“We couldn’t be more proud that Chloe set the record,” said Klaus Zellmer, President and CEO of Porsche Cars North America. “From the whole Porsche family we send our heartfelt congratulations – we’re pleased to have been able to support Chloe with her ambitious record attempt and share her relief that it was successful.”

The 718 Boxster Spyder represents the most powerful and engaging variants of the 718 line-ups yet created. Using a 4.0-litre naturally-aspirated boxer six-cylinder engine, the 718 Spyder sends up to 414 hp at 8,000 rpm through a six-speed manual transmission to the rear wheels.  True to its Motorsport roots, the 718 Spyder uses a track-bred Porsche Active Suspension Management (PASM) setup with adaptive dampers, helper springs on the rear axle and a ride height that is 1.18 inches (30 mm) lower than a standard 718 Boxster or Cayman, making it the ideal candidate to set the new Guinness World Records record. 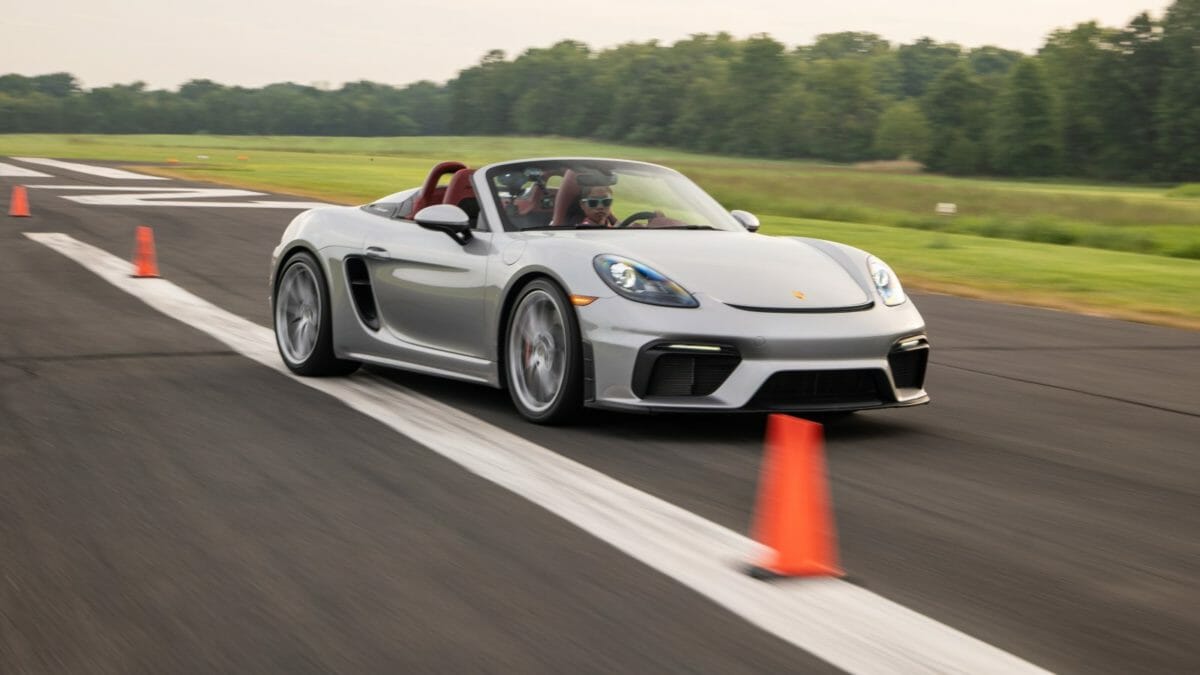 The record was broken in August under the supervision of an adjudicator from Guinness World Records on an independently-certified course measured by a surveyor. The course was laid out on an airstrip and consisted of 51 cones equally spaced at 50-foot intervals. Timekeeping of the record run was conducted by Racelogic. Guinness’ test consists of running as fast as you can through 51 cones placed 50 feet apart, without touching any of them. If you do clip a cone, the time doesn’t count.

Chambers’ time of 47.45 seconds beats the previous record of 48.11 seconds set by Jia Qiang last year in a Chevrolet Camaro.