The 149th edition of the Mahindra Great Escape concluded successfully in South Goa with over 50 vehicles from the Mahindra stable maneuvering the challenging route. The event received an overwhelming response from the off-roading community with Mahindra vehicle owners from all parts of Goa and neighboring areas participating in the rally.

The rally was flagged off at 9:00am from Club Mahindra Varka, Salcete, South Goa. Participants entered the event in Boleros, Scorpios and Thar 4X4s. These Mahindra SUVs negotiated the arduous terrain and en route, the convoy of vehicles passed through slushy rain soaked terrain and streams. The rain soaked terrain ensured that there were ample challenges for all off-roading enthusiasts. 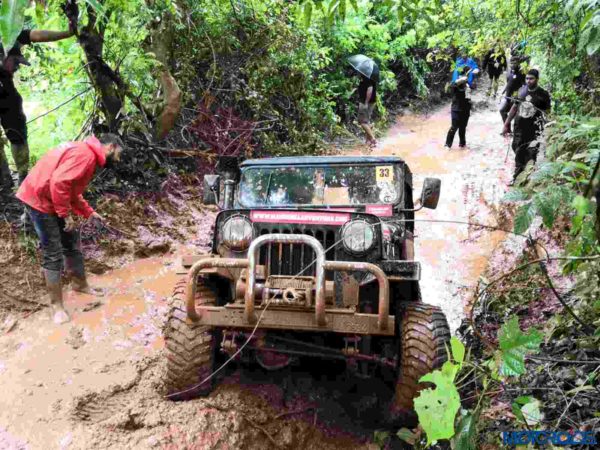 Goa offered a picturesque setting for a day of fun-filled off-roading. As a hub for off-roaders, Goa gave auto enthusiasts the perfect opportunity to enjoy the monsoon and tackle the challenging routes the state has to offer. The first season of the Off-Roading Trophy, Mahindra’s all-India off-road championship was held in Goa in 2012. The best off-roaders from around the country fight for top honors and to win a new Mahindra Thar CRDe 4×4.

Check out a detailed image gallery below: