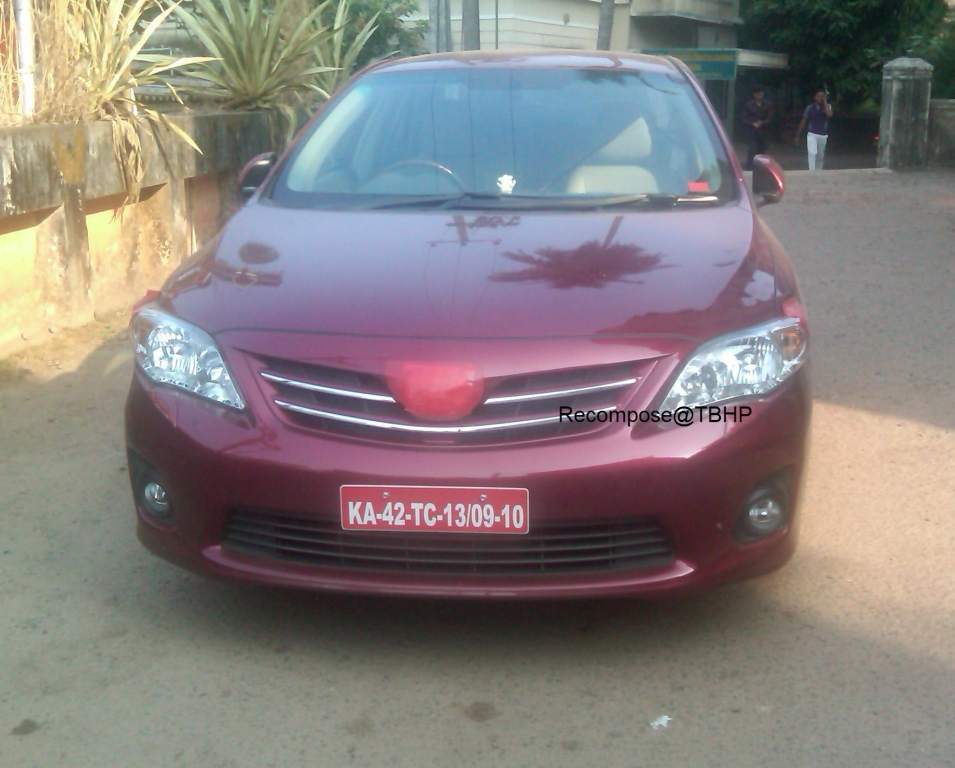 The pictures that we have here are of a new Toyota Corolla Altis. Now is this a another face lifted version of the old car or is it true that Corolla is going to shed a little weight in the engine bay shifting to a lighter  1.6 liter from the current 1.8 liter mill? This small difference in the engine is going to put the car in an altogether new segment where it competes with the current boss in the segment the Honda City as well as the other players including the VW Vento, Ford Fiesta, Maruti Suzuki SX4 and the Fiat Linea.

What falls in favour of this car is that it comes from a reputed house of the Toyota which the buyers are familiar with since Quallis & Innova have found space in their hearts.  The Model spotted has no major change apart from the headlights being sharper and changes in the tail light also you can see a chrome lip on the rear which clearly looks Etios inspired. The insides also look the same just some chrome added on the gear box and on the steering.

Since the cars are being tested so extensively we expect this car to be on sale very soon.