One of Formula 1’s most popular team, Red Bull, recently attempted a new pit stop challenge aboard the Ilyushin Il-76 MDK cosmonaut training plane. To celebrate its 3 record-breaking pit stops in Formula 1 this season, Red Bull decided to perform something unique. This unique feat was about performing a pit stop at an altitude of 33,000 feet. Have a look at how the Red Bull Racing Team managed to pull off this incredible feat:

Also Read: Have A Look At The New 2021 FIA Formula One Car

With the help of the Russian space agency Roscosmos, the Red Bull Racing Team took the 2005 RB1 car to the Yuri Gagarin Cosmonaut Training Center in Star City to prove that the sky is the only limit. To achieve this feat, the team completed a week of flight training, each consisting of a series of parabolas in which the aircraft climbed at an angle of 45 degrees and then fell in a ballistic arc at 45 degrees, giving the pit crew a period of weightlessness lasting around 22 seconds before the next climb. 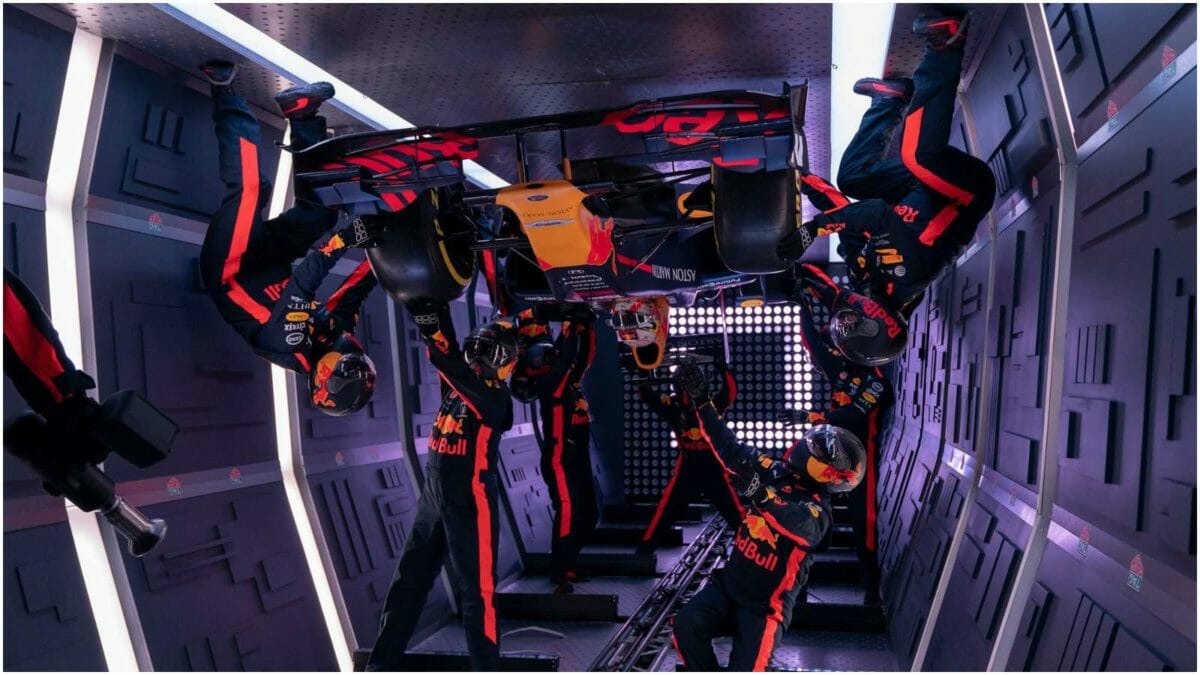 Speaking about the challenge, Red Bull Mechanic Paul Knight said, “The first parabola we did was really quite strange. Nothing can prepare you, so our Roscosmos instructors told us to simply sit through it and get used to the experience. There isn’t a sensation of going up or down; climbing at 2g, with twice your normal bodyweight feels like being planted into the ground and you struggle to move. Then that sensation reverses when you go over the top and into freefall. They held us down to stop us from floating away! We were all a bit like Bambi-on-ice at first – legs everywhere, but we figured out how to hold ourselves and the best way to deal with the sensations. It’s an amazing experience, like nothing you’d ever imagine.”

Marcus Prosser, head of brand and events said, “We took the RB1 because she’s a slight lady. We built quite a complex set, hiding all the rails for lights and the cameras. Space was at a premium and having a narrower car gave us a little bit more manoeuvrability within the fuselage.” 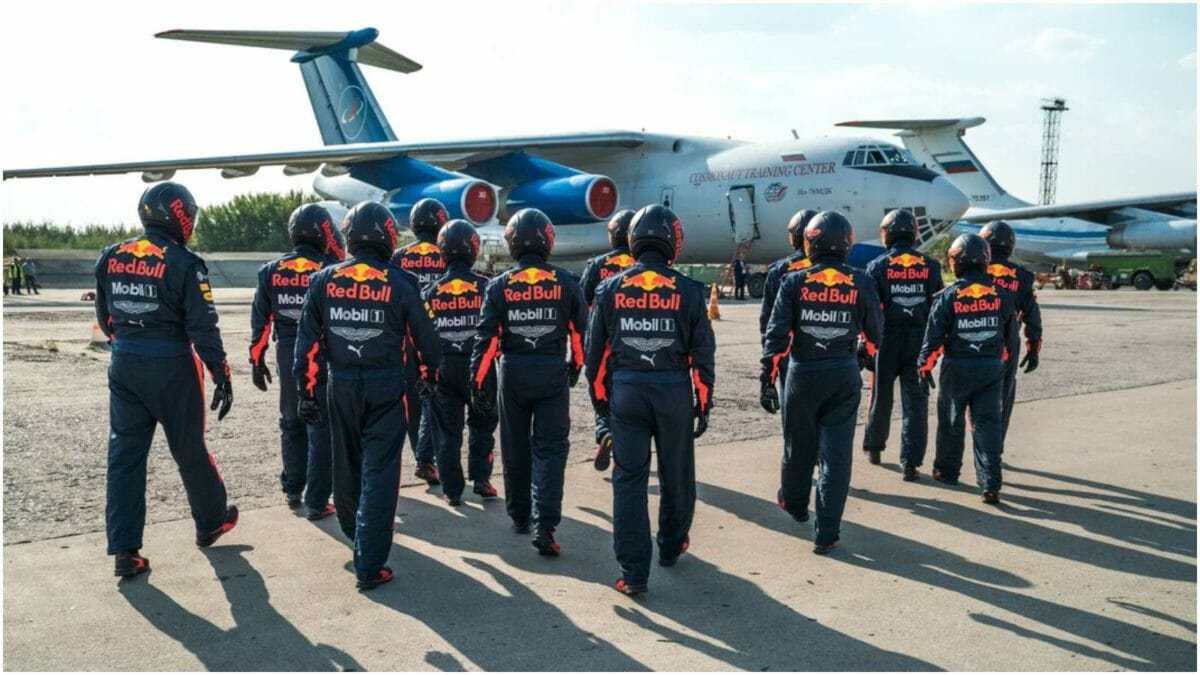 “I’ve been involved in some special events,” says support team coordinator Mark Willis. “From slaloming the car in Kitzbühel to the salt lakes of Argentina, we’ve been to some strange places and done some strange things. Ultimately this is the oddest – but also the most special because there’s simply nothing comparable.” 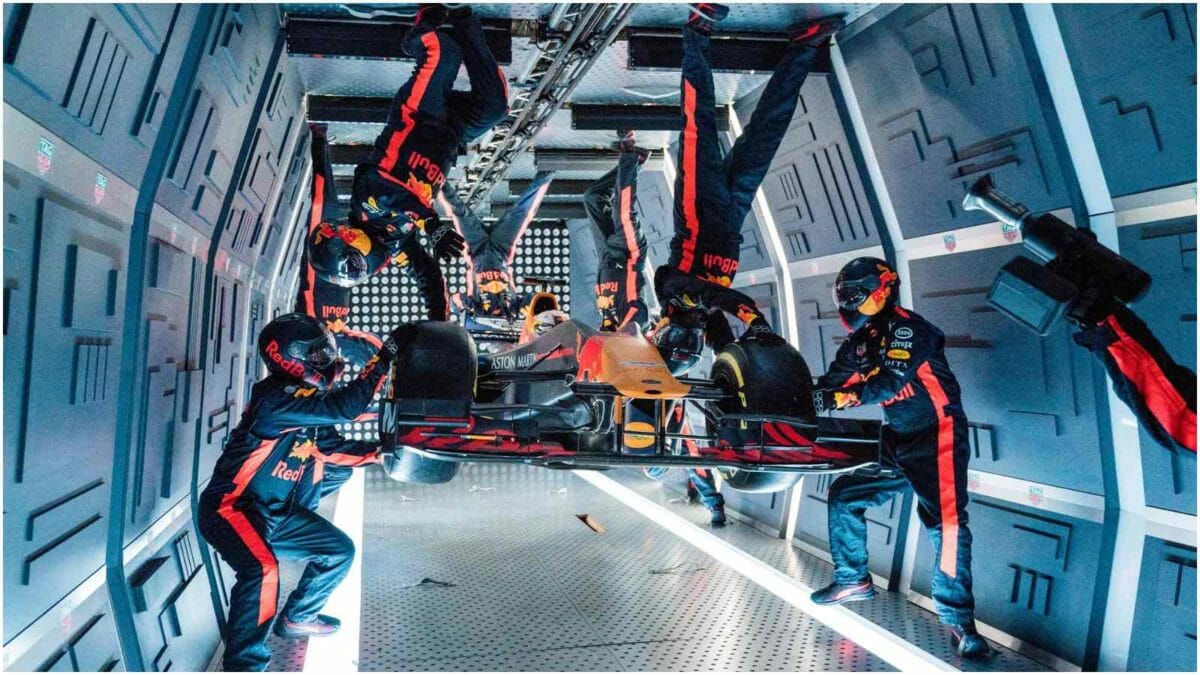 “I’ve learned that if you work with a dedicated team, just keep going and stay focused that anything is possible,” concludes Bruns. “So, what’s next, we gonna fly to the moon or what…?”