Home Interesting / Off-beat VIDEO: CS Santosh Interview; We Chat Up With The Champ

CS Santosh isn’t your average Joe. Back in 2015, when you were probably stuck in the same rut of life as you are now, he was scaling the treacherous Dakar Rally. It was his maiden attempt at Dakar, widely regarded to be one of the most unforgiving off-road motorsport events in the world.

With a fractured toe, multiple bruises and reeling with dehydration, CS Santosh successfully completed the rally in a commendable 36th position, thus becoming the first Indian to do so. Moreover, he didn’t have any sponsors backing him, apart from Red Bull who provided on ground support and gave him all that he needed to finish the rally. 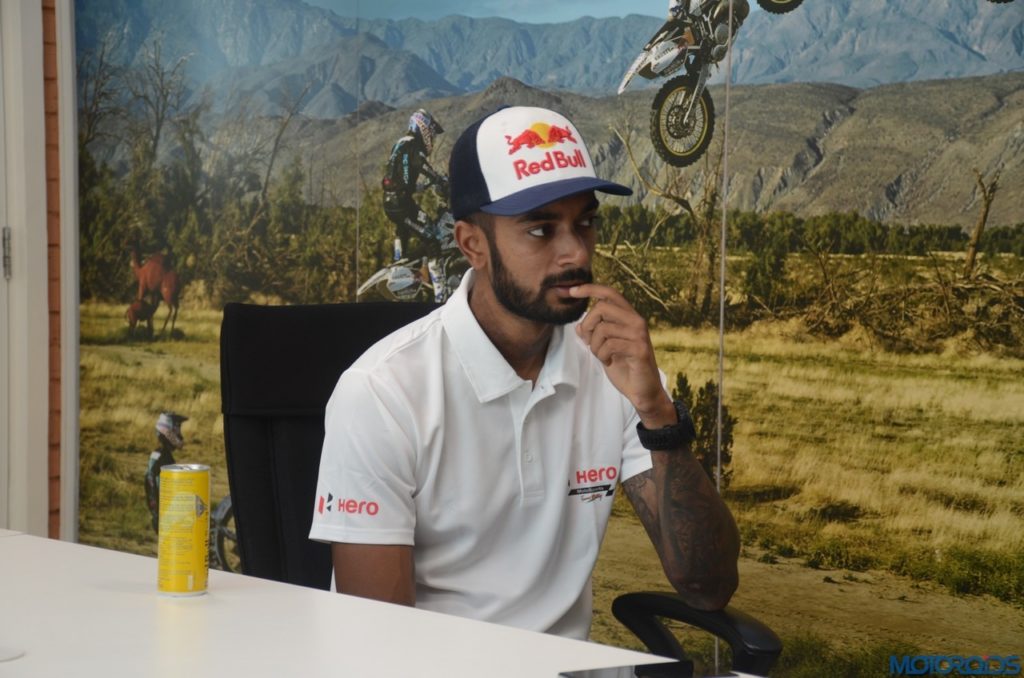 He returned to the Dakar in 2016 with Team Suzuki Rally, Spain, but technical glitches meant that he couldn’t complete the event. In 2017, he rode again, this time with the Hero MotoSports Rally Team, finishing 47th in his third Dakar outing.

In between riding at Dakar, he’s won pretty much everything the Indian off-road motorsport circuit has thrown at him, including Raid De Himalaya, Desert Storm and the likes. He’s even finished in the top 10 in the Abu Dhabi Desert Challenge, after bouncing back from third degree burns. You can read his full story HERE.

We chat up with the champ: