Recently crowned 8-time World Champion, Marc Marquez, got his fourth consecutive win at the Motul Grand Prix of Japan. Marquez managed to fend off Petronas Yamaha rider Fabio Quartararo at P2, to clinch victory and give Repsol Honda the 2019 constructor’s title. While, Ducati rider Andrea Dovizioso managed to finish the race at P3, claiming his 100th Grand Prix podium. On the other hand, Aprilia rider Andrea Iannone and Moster Energy Yamaha rider Valentino Rossi ended up with a DNF, as they crashed out of the race in Japan. 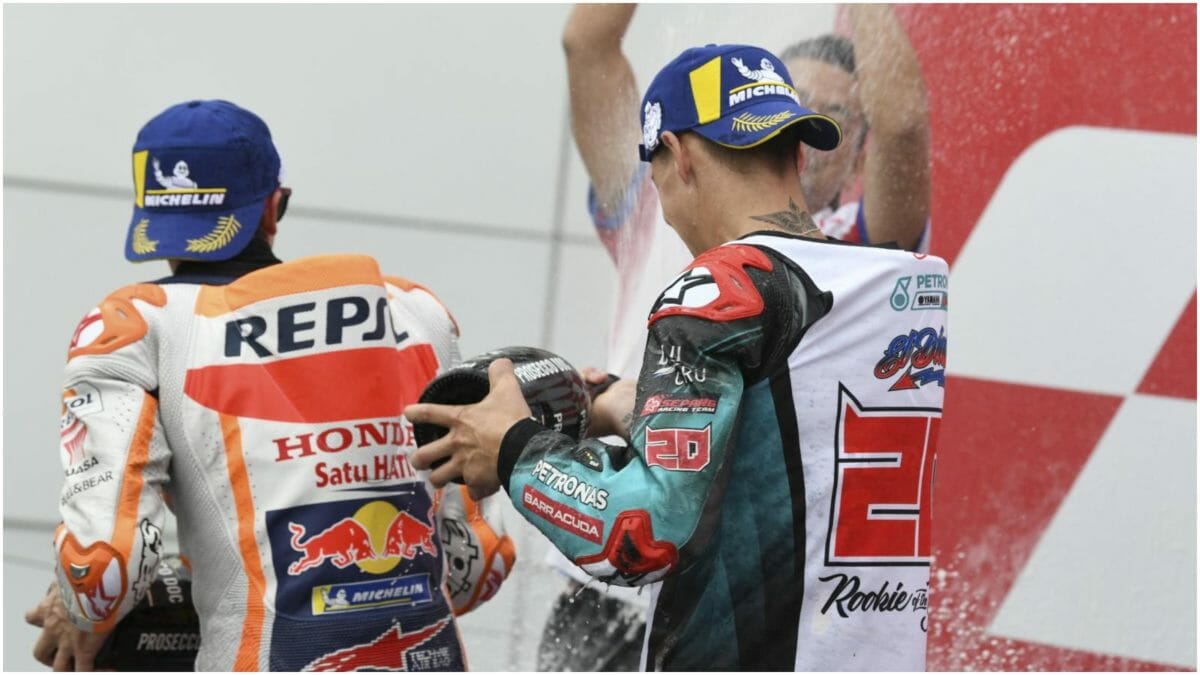 Even though it wasn’t the smoothest race for polesitter Marquez, he still held his advantage into Turn 1, as Quartararo hit the brakes a bit late to get underneath his teammate Franco Morbidelli, allowing Pramac rider Jack Miller to grab P3 on the exit of Turn 2. Later on, Quartararo passed Marquez for the lead at Turn 7, only for the number 93 to pounce back at the tight Turn 10. It was a late lunge from the Honda rider, as the duo ran slightly wide. Quartararo looked to regain his position but almost lost the front of his bike, as Miller tried to grab P2. However, Marquez had pulled the pin, as the gap kept swinging from 0.9 to 1.2 seconds each lap. Further behind, the battle for the final podium spot was intense, as Miller was holding onto P3 but some tyre issues, presented Morbidelli, Maverick Viñales and Dovizioso a chance to attack. 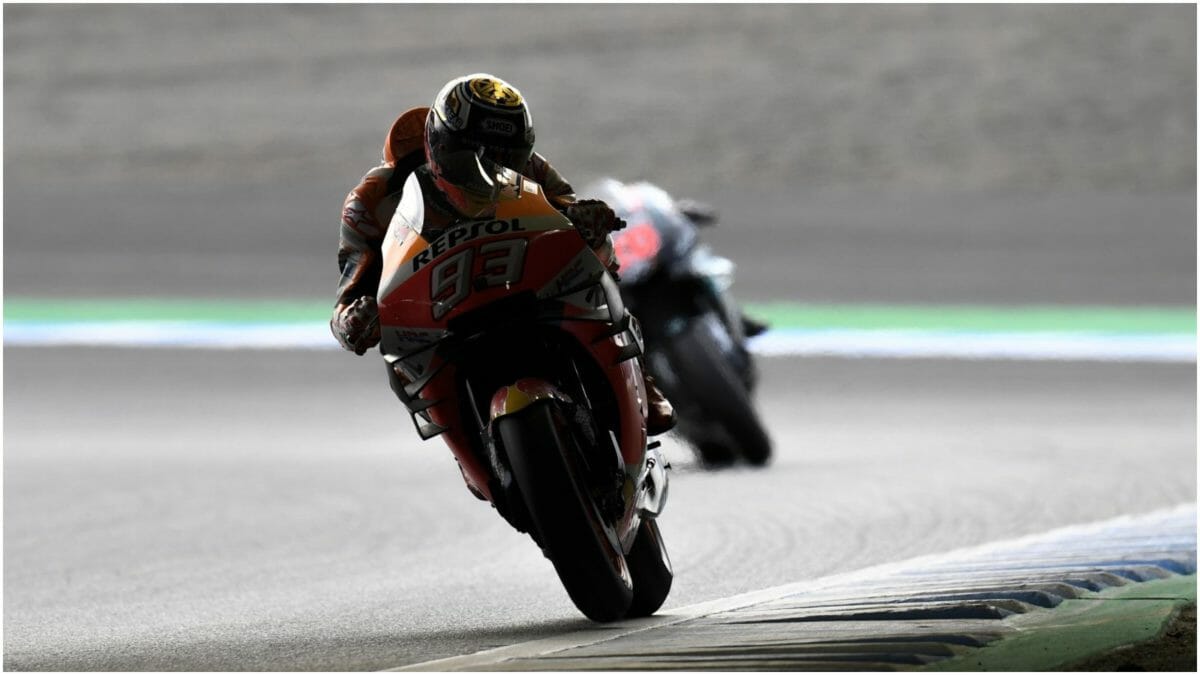 With two laps to go, Ducati rider, Dovizioso had Fabio’s Yamaha within touching distance, as Quartararo was only 0.8 seconds behind. During the last lap, the podium fight was smooth as Marquez cruised round for the win, while Dovizioso couldn’t get close enough to overtake Quartararo. Marquez’ win also gave Honda the constructors crown, while Quartararo claimed 2019 Rookie of the Year and Dovizioso notched up his 100th Grand Prix podium. 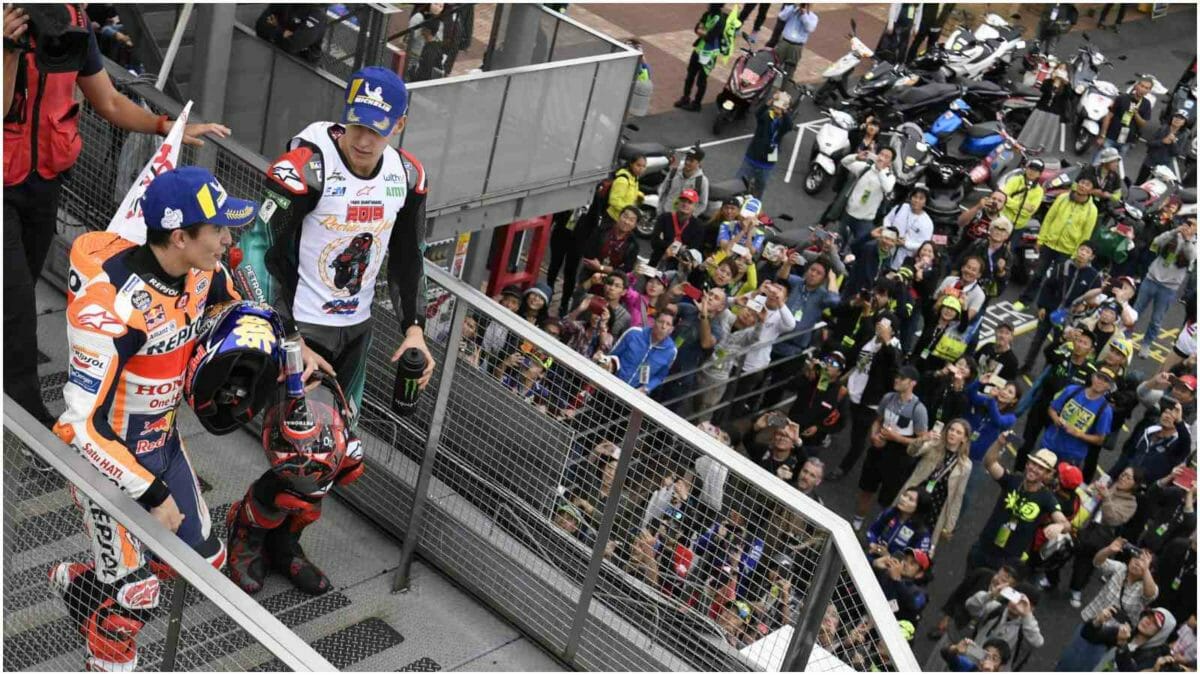 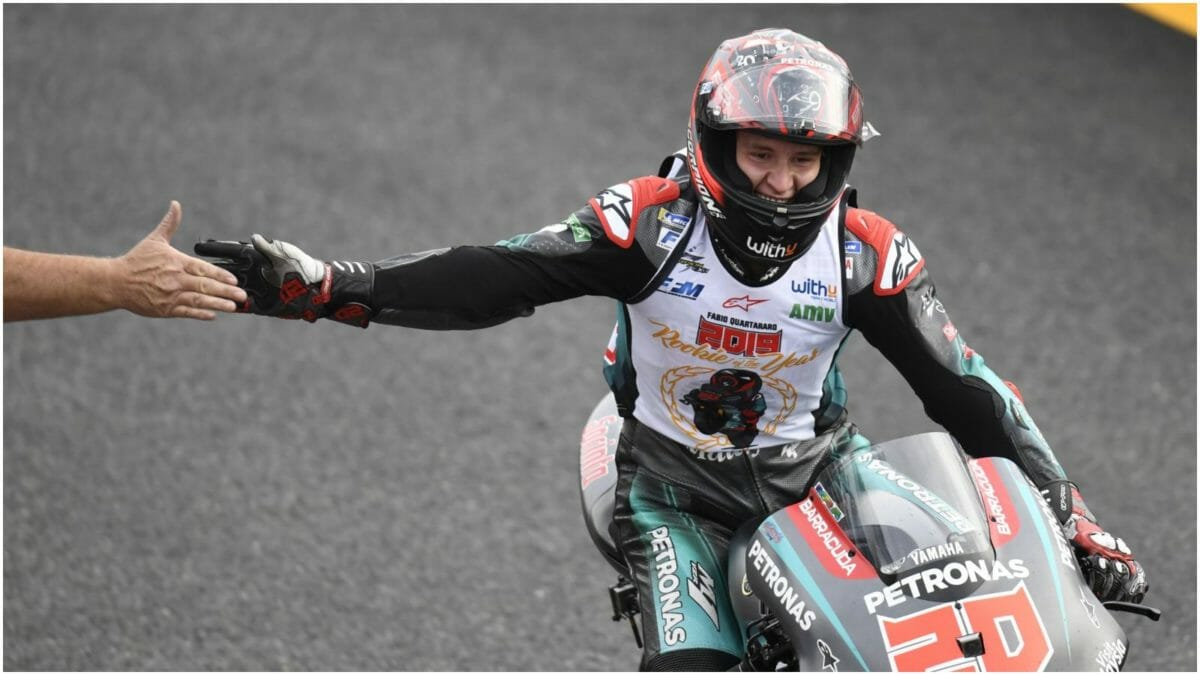 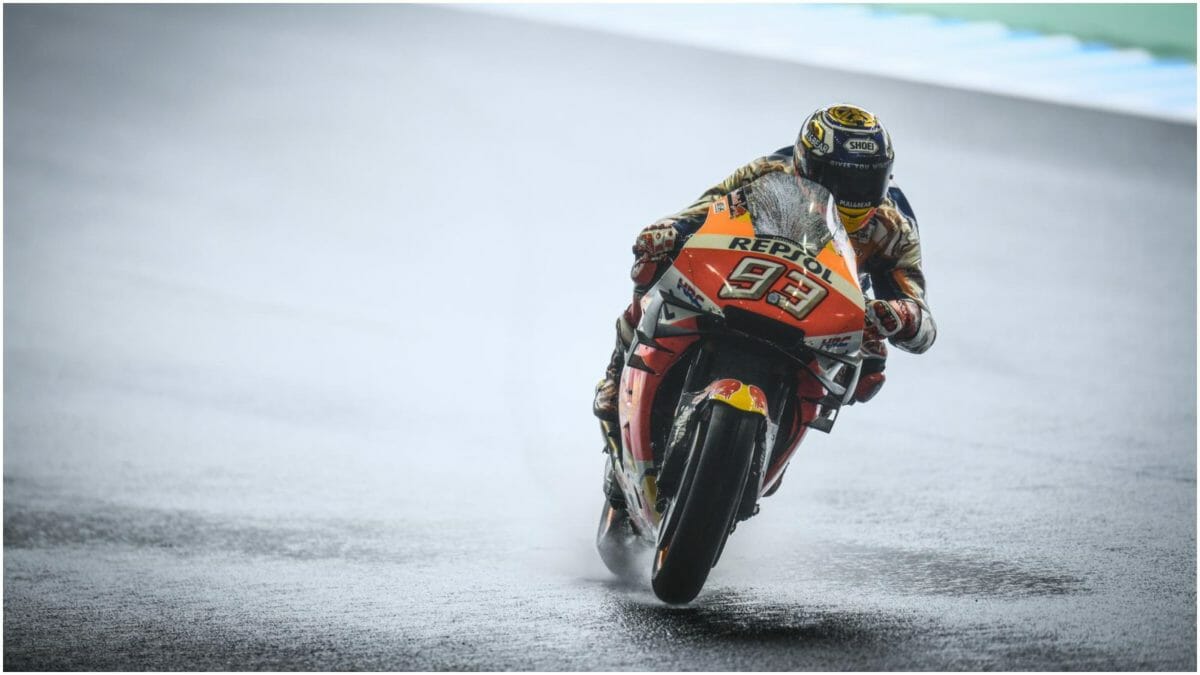