Yesterday, Repsol Honda rider, Marc Marquez, won the San Marino GP after going head-to-head with Petronas Yamaha rider, Fabio Quartararo, in the last lap of the race. Meanwhile, Monster Energy Yamaha rider, Maverick Viñales, along with two other Yamaha riders, Rossi and Morbidelli, managed to get the third, fourth and fifth positions respectively. Apart from Marquez, Yamaha also had a good day at the track, as 4 of its bikes managed to finish the race in the top-5. 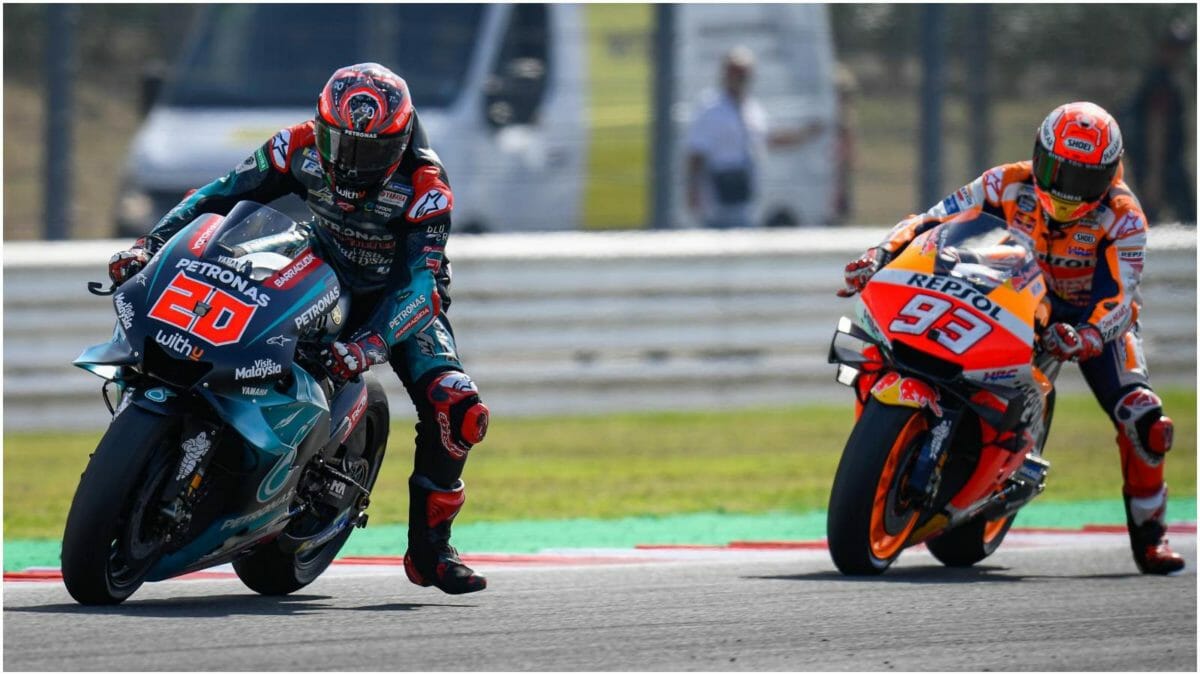 The race started with Viñales on the pole position, while Espargaro on P2, however, after heading into turn 1, 3rd placed Quartararo grabbed P2 and Franco Morbidelli managed to get P3, while Marquez had a sluggish start. However, at Turn 8 the 7-time world champion, Marquez grabbed P3 from Morbidelli and the top-3 started to stretch away. Moving on, Marquez didn’t have much time to waste, so Lap 3 saw the No. 93 set the fastest lap of the race, as Quartararo started to pull away. Seeing this, Marquez dived under Viñales at Turn 10 of the fourth lap to climb up to the second position, as third-placed (Vinales) Yamaha started struggling to hold the pace. Further back, Espargaro was holding on to his position by avoiding Suzuki Ecstar rider, Alex Rins, Rossi and Ducati rider, Dovizioso from taking P5. 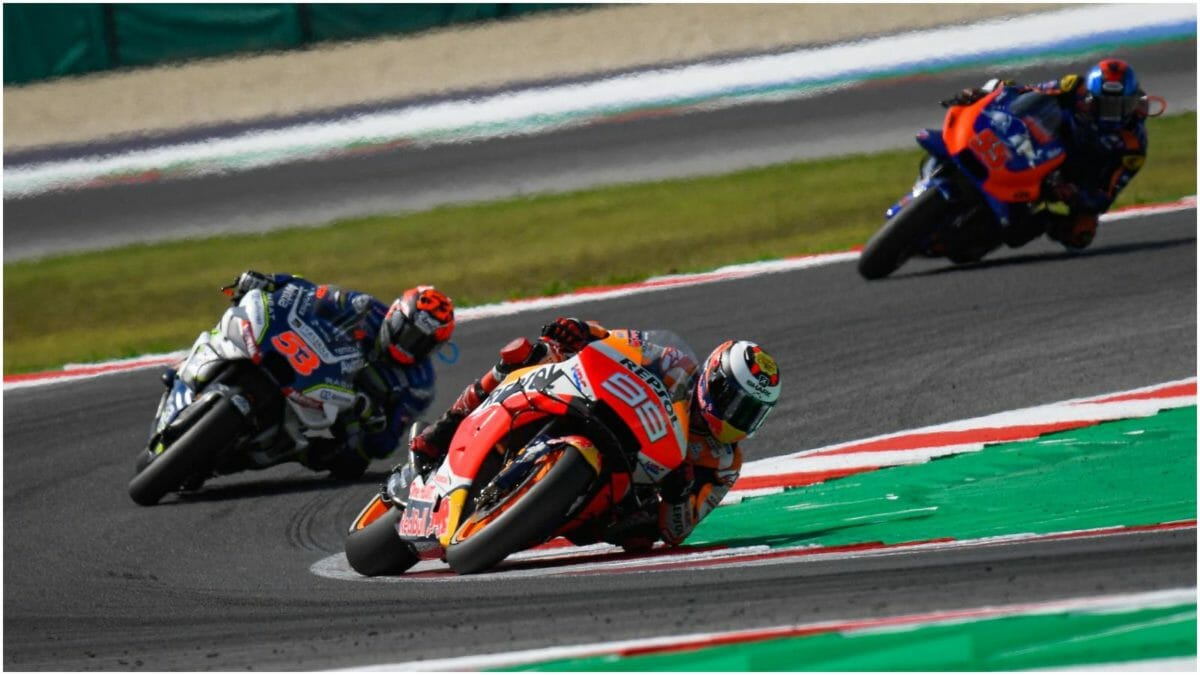 At the front, Quartararo was making no mistakes, as there was no sign of him cracking under the pressure from seven-time Champion, Marquez, as the gap between the two remained at 0.2 seconds. Even after several laps, there was no change and Marquez was fierce on the brakes coming into Turn 10. Lap after lap, the consistency between P1 and P2 was scary as Viñales got the gap down to two seconds, meaning P3 was ready to attack for the lead position. However, in the last 5 laps, Marquez slowly started closing in on Fabio and then in the last lap, Marquez overtook Quartararo and then went defensive in the mid-corner, which made Quartararo almost touch the rear wheel of Marquez’s Honda. This is when the Yamaha rider realised that he had lost the race, as the very next moment, No. 93 won the San Marino GP. 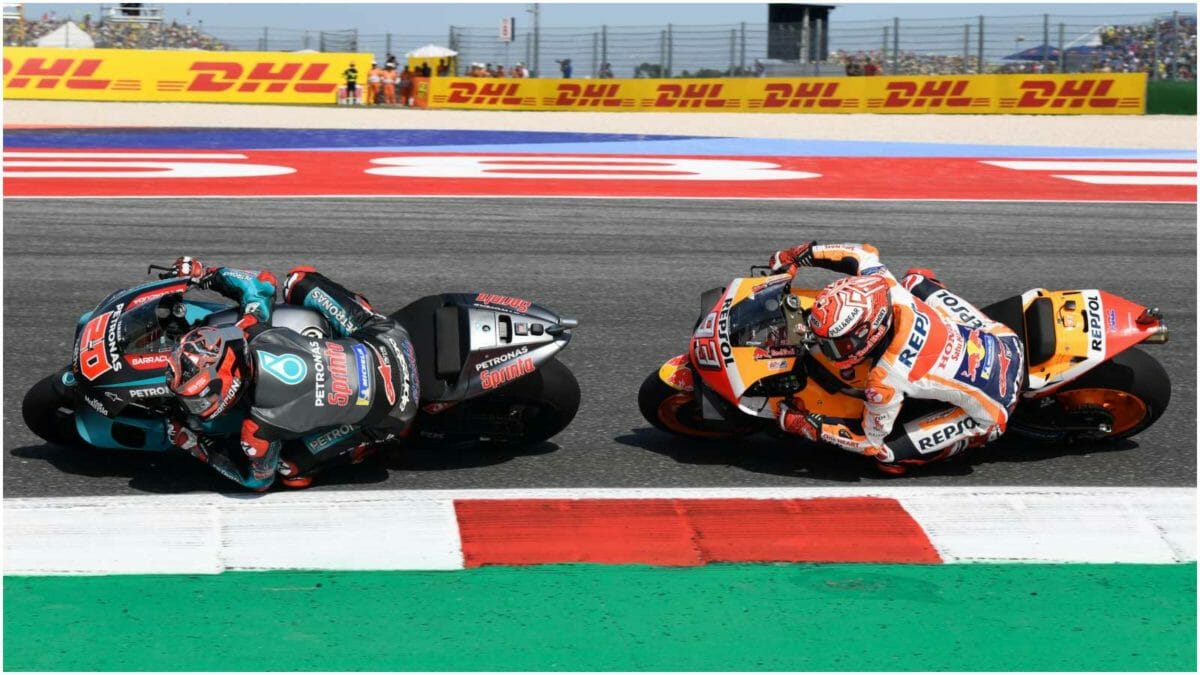