Yesterday, Repsol Honda rider, Marc Marquez completed a decade of dominance at the Sachsenring after cruising to a 4.5-second victory at the 2019 HJC Helmets Motorrad Grand Prix Deutschland. The reigning champion makes it 10 wins in a row in Germany to beat (Monster Energy) Yamaha rider, Maverick Viñales (2nd Place) and Cal Crutchlow of the LCR Honda Castrol team (3rd Place). Despite a sluggish start in the 1st turn, Marquez managed to dive back into the lead, while Petronas Yamaha rider, Fabio Quartararo slipped back from second to sixth at the start as Viñales, Jack Miller, Rins and Crutchlow all got past the Frenchman. 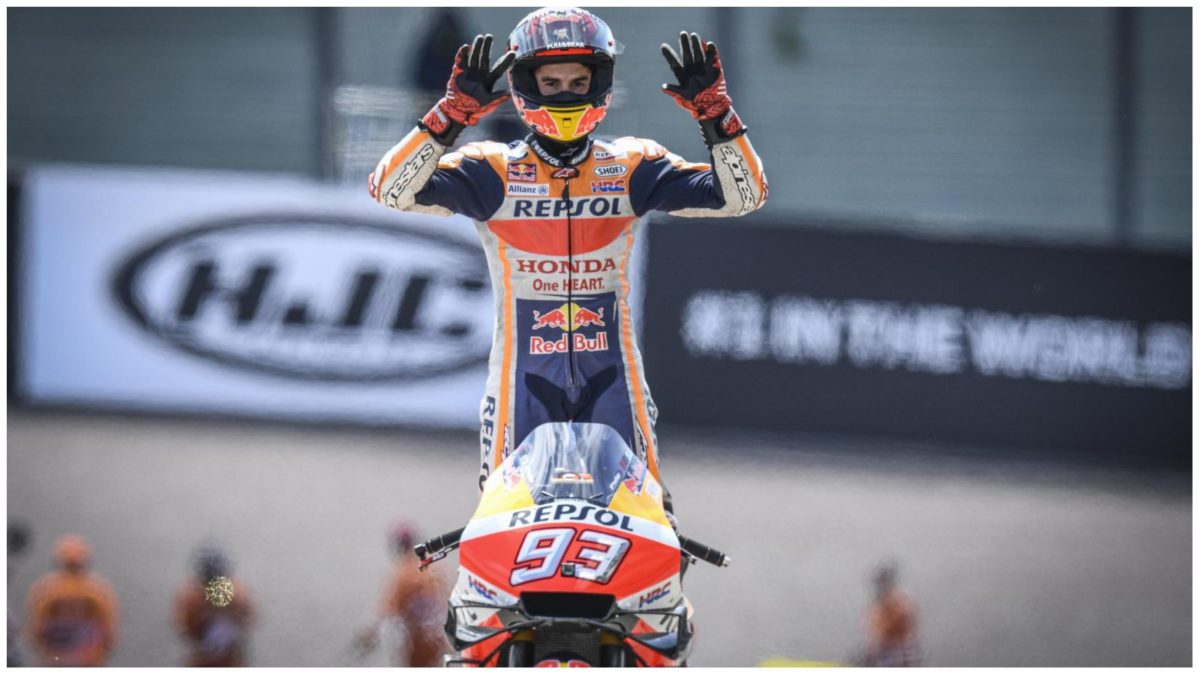 Quartararo’s race ended at Turn 3, as the rookie went past Ducati rider, Danilo Petrucci on the second lap but the front of his Yamaha lost control and the 20-year-old crashed out of a race for the first time this season. During all this drama, the seven-time Champion, Marquez, showed exactly why the Sachsenring was his playground as he managed to increase his 0.4-second lead to a two-second barrier and from then on, there was no stopping the nine-time German Grand Prix winner. However, the battle for the second and third podium position was heating up as Crutchlow was trailing Viñales who in turn was a second slower than Rins. This small gaps between the trio stayed constant till the mid-stage of the race. 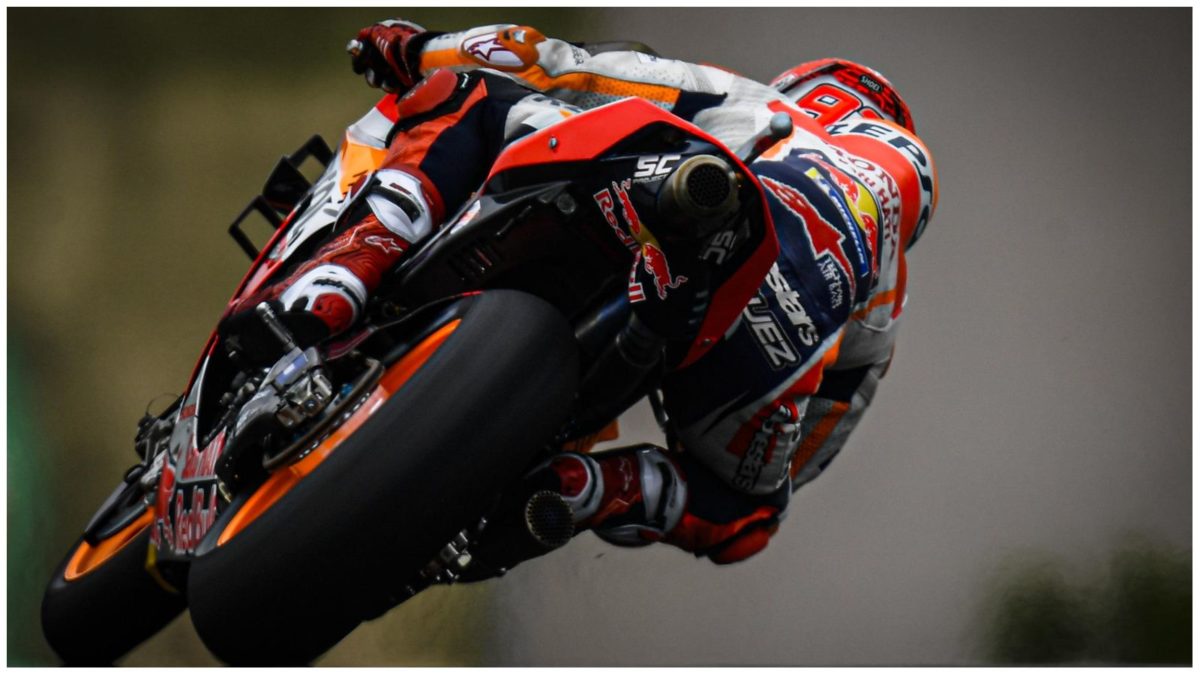 The last ten laps were just about controlling the gap for Marquez as he was about to claim his 10th Sachsenring victory, however, the fight for the other two podium positions was getting intense every second as Crutchlow had been attached to Viñales’ rear tyre for almost the entire race. But just then the number 35 (Crutchlow) had a scare at Turn 10, subsequently giving up the second place chase. Marquez crossed the line to win his fifth race of 2019, making it the seventh consecutive year he’s won five or more races in a premier class season, a record that sees him surpass MotoGP Legend Giacomo Agostini and nine-time Champion Rossi who both managed to do it for six straight years.

Also Read: MotoGP: Team Yamaha Get Their First Win Of The Season With Maverick Vinales 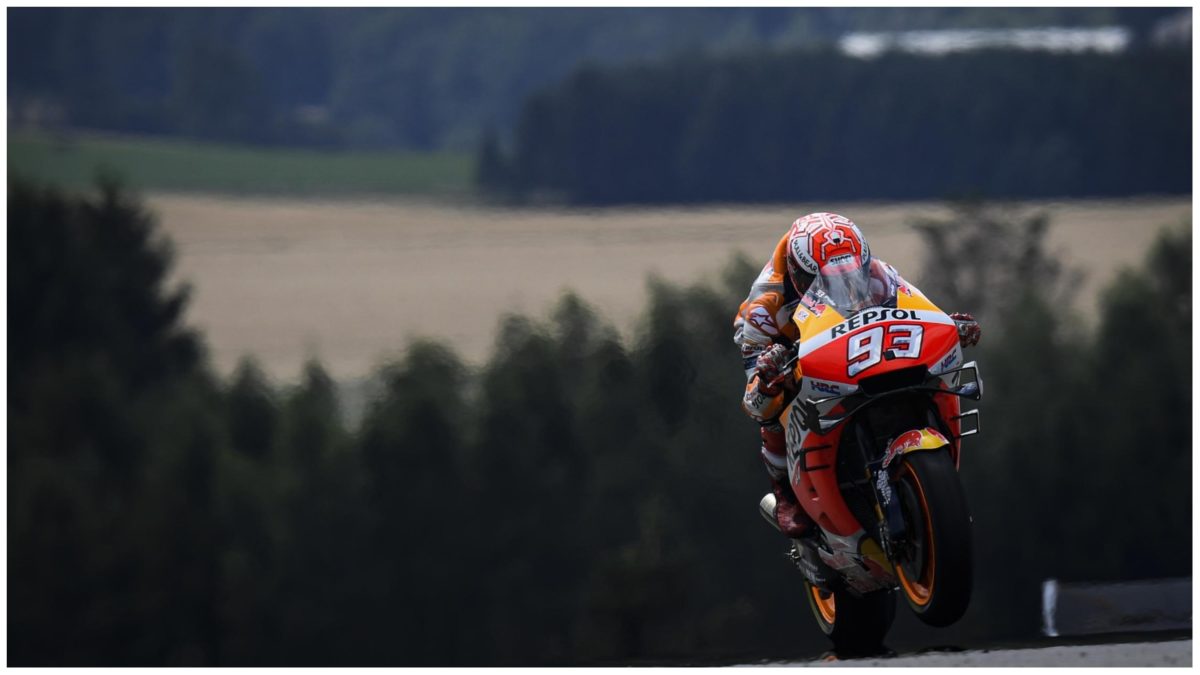 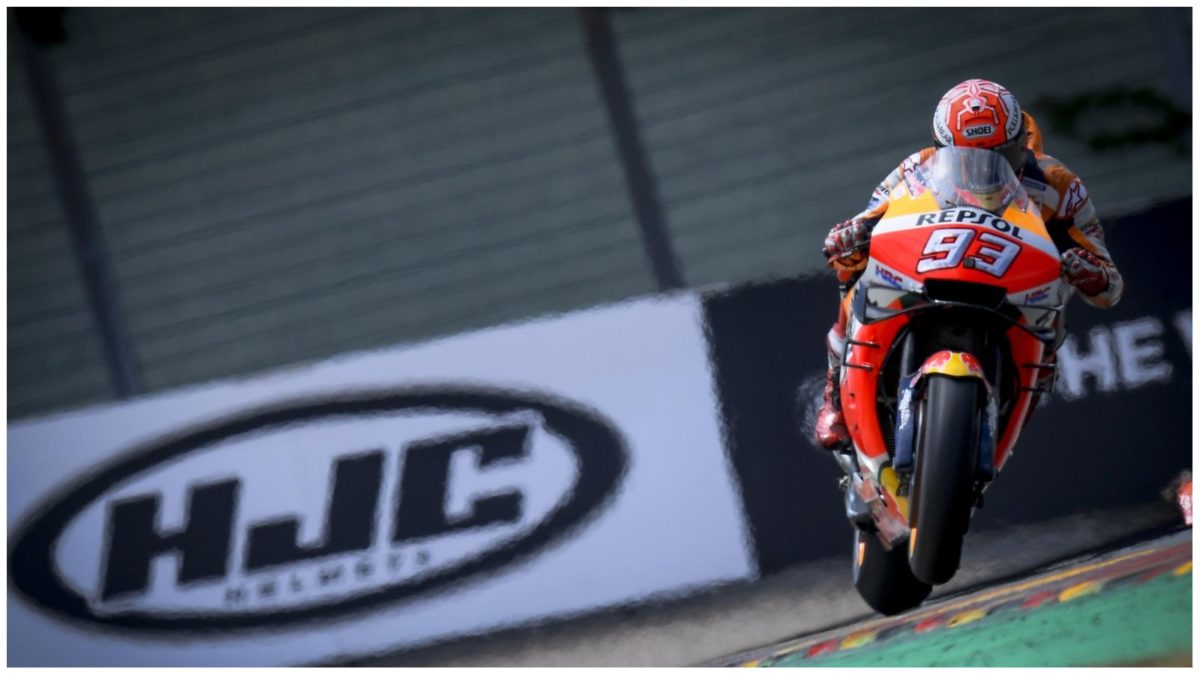