After disappearing from the Indian market in the 90s, the iconic Czechoslovakian company, Jawa Motorcycles, made a comeback with 3 new motorcycles for the Indian market. However, only 2 motorcycles from the company’s Indian line-up are on sale now. The Jawa and Jawa Forty-Two are the 2 bikes which are currently available and they look pretty similar to its older versions. These bikes are directly in competition with Royal Enfield’s 350cc bikes and are made for long-distance touring and cruising. However, these bikes don’t come fitted with any kind of cruising gear or equipment, which is exactly why Hemant Darbar from HDT customs has modified and fitted a Jawa Forty-Two with the necessary touring gear and features. Have a look at the video below:

The main changes include a revamped softer custom saddle for a comfortable ride, a tall front windscreen, auxiliary lights, a backrest for the pillion rider and a couple of big panniers that have been mounted on a custom made pannier mount. As the owner of this bike also owns a Royal Enfield Himalayan, he wanted the same panniers to be mounted on his Jawa Forty-Two for an easier swapping option. Further on, the handlebar has been replaced with a wider cruiser type unit that improves comfort during long rides. Some of the parts on this Jawa have also been picked up from a UM Renegade Commando to enhance the retro-classic appeal of the bike. 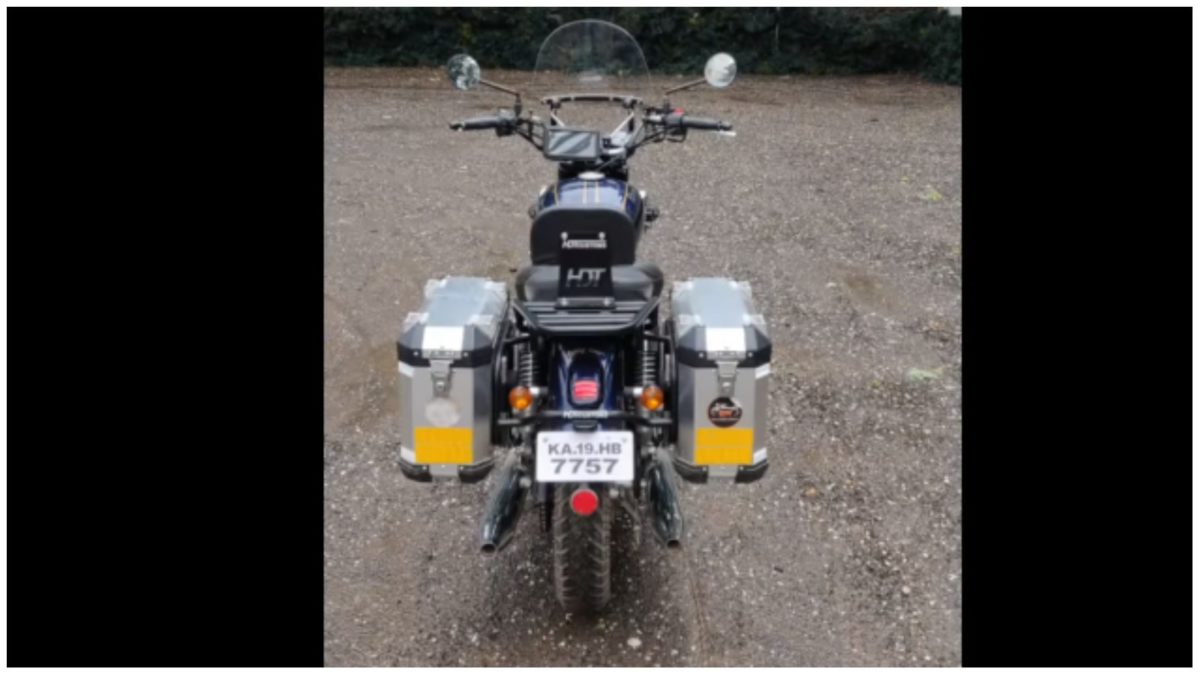 The bike in the video retains its stock Nebula blue paint scheme and looks quite good with the long-distance travel kit fitted on it. This travel kit not only adds practicality to the bike but it also enhances the overall look of the classic bike. In terms of changes, the bike gets no comprehensive modifications or other performance upgrades, which means the modification is purely cosmetic and temporary. To maintain the bike’s classic character, HDT customs only added a touring style kit, rather than modifying the entire motorcycle. 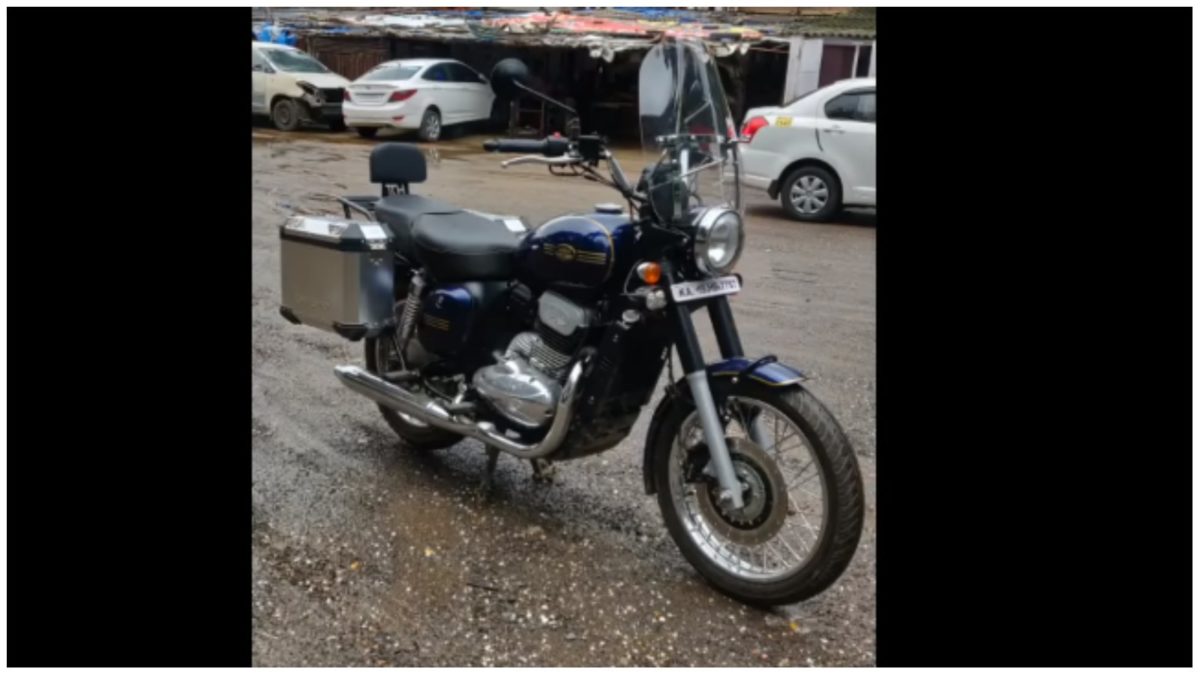