The Final Round of the 2014 MMSC- FMSCI Indian National Motorcycle Racing Championship will take place at the MMRT in Irungattukottai this weekend. There will be 6 categories in action this weekend as India’s young riders continue to make a name for themselves in the country’s leading motorcycle competition.

MMSC, promoter of the INMRC, is excited about a strong finish to a highly competitive season. MMSC President Ajit Thomas, said, “Two-wheelers is easily the most popular form of transport in the country and we are thrilled with the way the season has gone. Manufacturer support from TVS, Honda and Yamaha has been critical to the success of two-wheeler racing in the country and we are grateful for their support yet again. The final round will be thrilling with champions waiting to be crowned.” 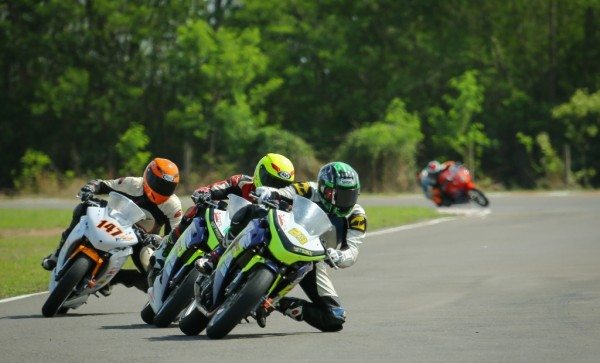 Rajni Krishnan was stripped of both his wins in the last round in Coimbatore in the 165CC Open Class due to technical infringements. This means that K Jagan leads the championship on 126 points with his closest rival being Harry Sylvester on 103 points and Sarath Kumar having an outside chance with 90 points.

The 165CC Novice class sees R Harikrishnan in the lead with 86 points. The chase for 2nd is very close with a 4-way battle brewing between Naresh Babu, Shreyas Sannake, Vivian Gladwin David and V Prabhu. All four riders are separated by 3 points with two rounds still to go.

In the TVS MMSC One Make Championship, S Kannan is the favourite to win the title in the Apache RTR 180 Novice category. After winning 5 out of the 6 races he has 135 points with his closest rival Naresh Babu on 97 points. In the Apache RTR 180 Open category, Mathana Kumar leads with 154 points ahead of Arvind Ganesh, who has 117 points. KY Ahamed is in 3rd place with 103 points. 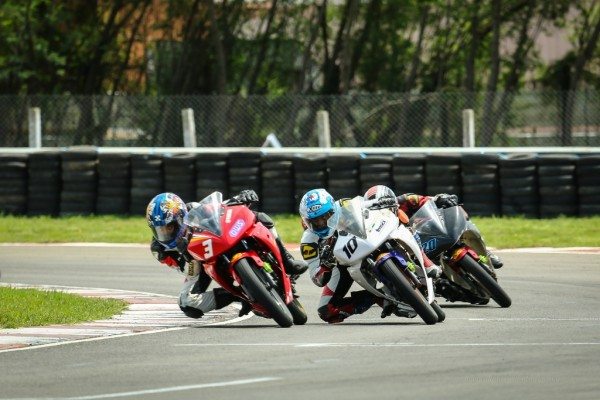 In the Honda MMSC One Make Championship, Sumit Lucas Toppo leads the championship by 28 points over Sarath Kumar in the CBR 250 Open with two races to go. A Prabhu, who had a strong start to the season, is in a distant 3rd place with 86 points. In the CBR 150 R Novice category, R Rajanikanth leads Naresh Babu by 1 point with everything to play for in the last two races. E Saravanan is in 3rd place, 8 points behind the leader.

Vivian Gladwin David is the surprise leader in the Yamaha MMSC One Make Championship with 31 points. Behind him is Naresh Babu with 28 points and Mithun Kumar with 27 points.

S Kannan is the top runner in the 130CC Novice class with a top 5 finish away from sealing the title. Mithun Kumar lies in distant 2nd place with 88 points with K Kannan in 3rd place with 77 points.

Races will be held on Saturday and Sunday.