The Dakar Rally for this year is being held amidst the dunes of Saudi Arabia for the first time. The opening stage of the rally brought mixed results for Hero MotoSports Team Rally as its riders rode with caution to avoid errors in the very first stage of what is going to be a long rally. Paulo Goncalves finished the stage in 12th place, Sebastian Buhler in 31st and CS Santosh in 39th place. 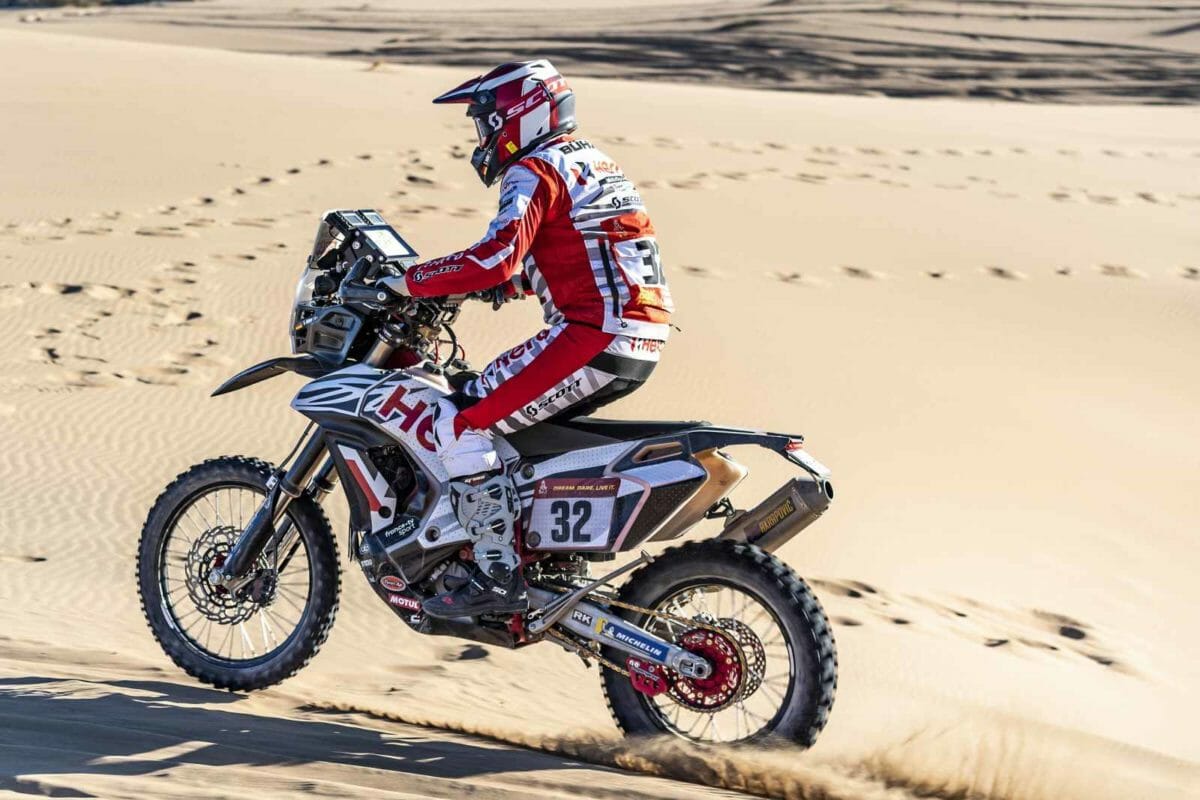 However, not all went as per the plan for the team as Joaquim Rodrigues suffered an unfortunate mechanical problem in his bike that forced him to forfeit the stage. He will try for a restart on Day 2, pending permissions from the competitors’ department and the recovery of the bike, becoming the first competitor of the rally to avail the newly introduced “Wild Card” rule. As per the rule, he will now be considered out of contention for an overall result, but remains in the competition for the stage results.

Also Read: The 2020 Dakar Is All Set To Storm The Desert In The Middle East 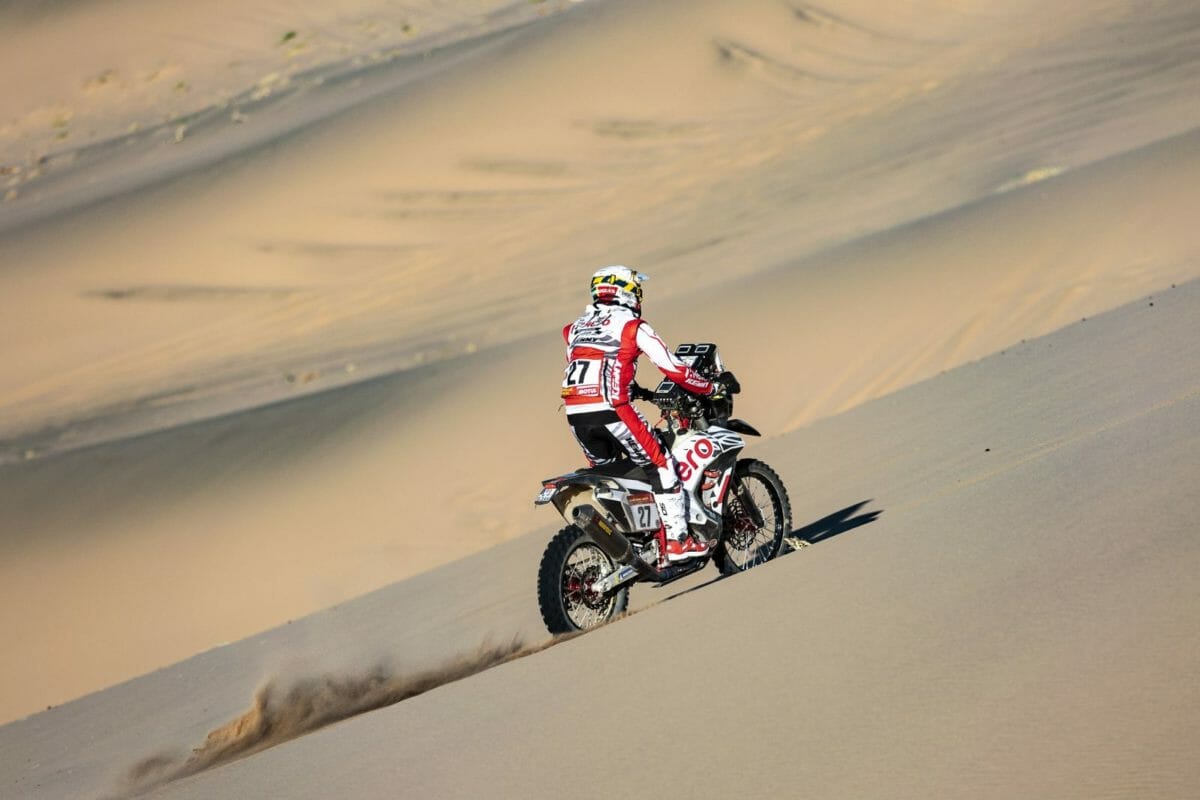 On the other hand, Paulo rode in his trademark style, cautious to begin with and then raking up some good pace in the second half. Sebastian Buhler had to make a small additional run to catch a waypoint while Santosh had his first taste of the Saudi sands with a couple of minor crashes, but overall, did a good stage to climb up some ranks from his starting position. 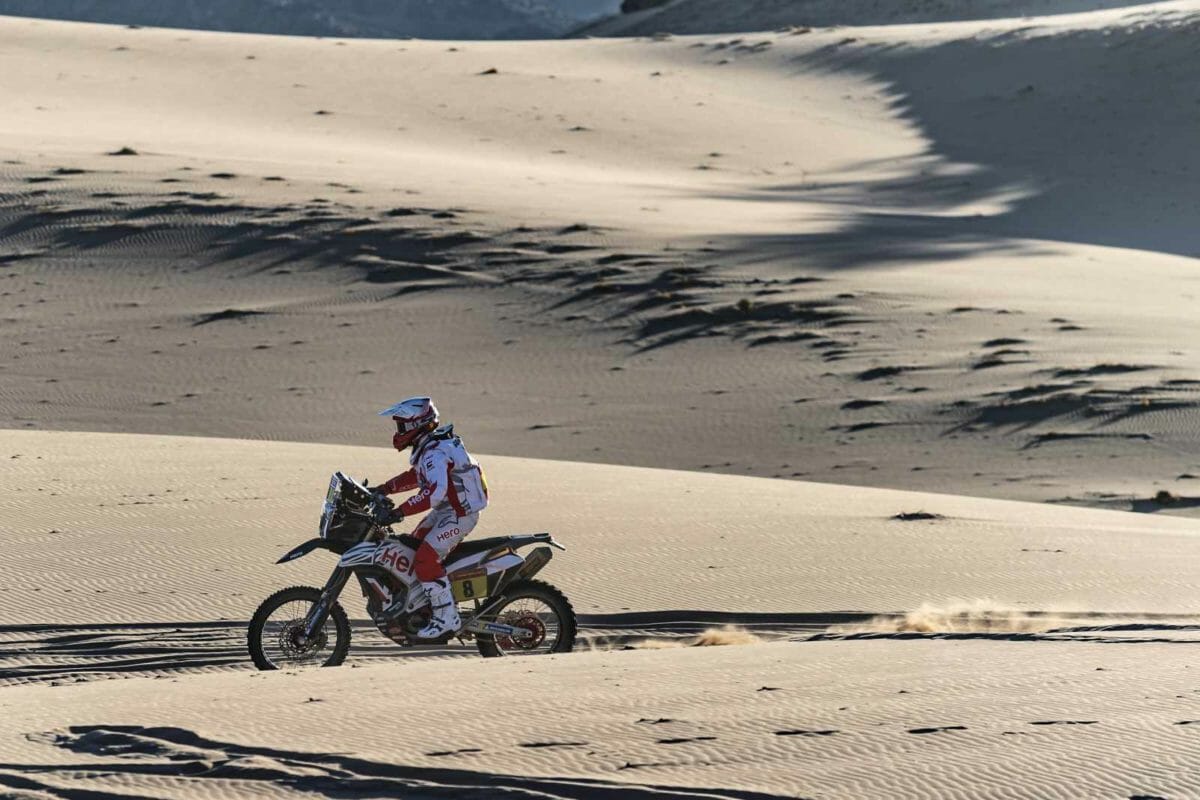 The stage took the rally from Jeddah to Al Wajh for a total run of 752 kms which included the special stage of 319 kms and provided a glimpse of everything that makes up this rally in quick succession – navigation, fast and winding off-piste, dunes, trials and stones. Stage 2 will begin from Al Wajh and move to Neom, continuing along the Red Sea, for a special section of 367 kms.