The Sherco TVS Rally Factory team successfully completed stage one of the 2020 Dakar Rally, riding from Jeddah to Al Wajh on Sunday. This stage included 433 km of racing and 319 km of special. Although the special stage was quite challenging, all the team’s riders rode incident-free and brought the bikes home across the finish line. Sherco TVS’ Adrien Metge managed a good finish at P15 at the end of the first stage while Johnny, Lorenzo, and Harith finished the stage at P22, P25, P111 respectively. The race becomes intense on Monday as the team rides from Al Wajh to Neom after riding 367 km of special in stage 2. 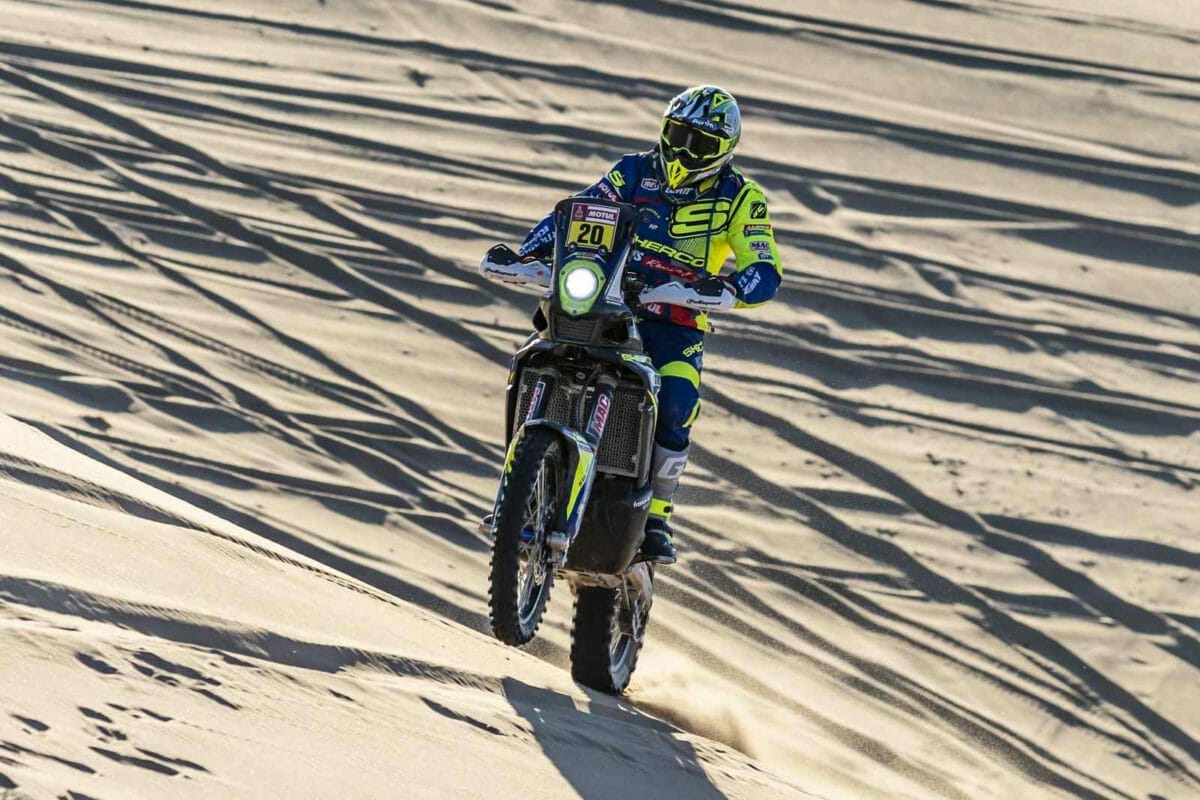 The 2020 edition of the Dakar Rally will mark Sherco TVS Rally Factory Team’s sixth consecutive year of participation. The 4-rider squad is headed by Adrien Metge, while Lorenzo Santolino will be making his second appearance. On the other hand, the team also welcomes Johnny Aubert, who finished sixth in the Dakar rally 2018 and the fourth rider, one of the brightest and youngest talents from India, Harith Noah is making his Dakar debut this year. 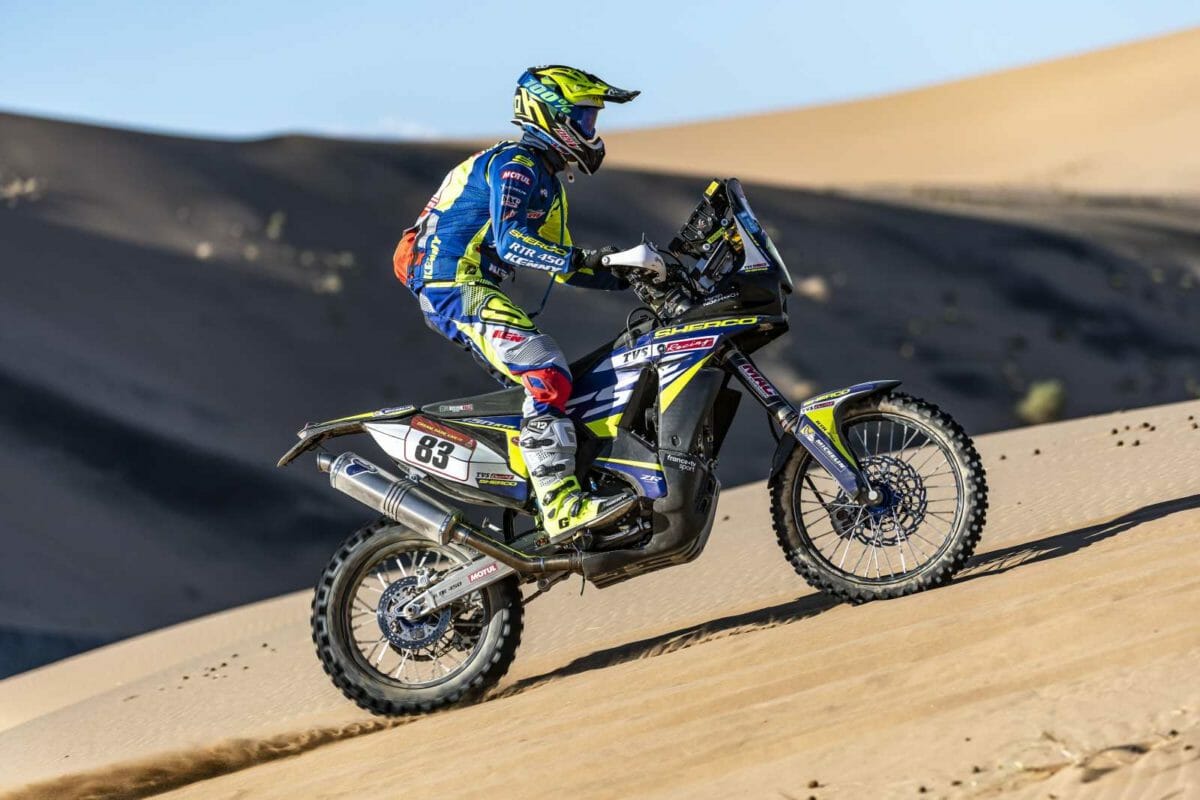 The 2020 Dakar Rally will be the 42nd edition of the annual international Rally-Raid which is taking place in the dunes of Saudi Arabia. This rally has commenced at Jeddah and will pass through Riyadh, culminating at Al Qiddiya, while venturing through unknown landscapes and unexpected challenges. 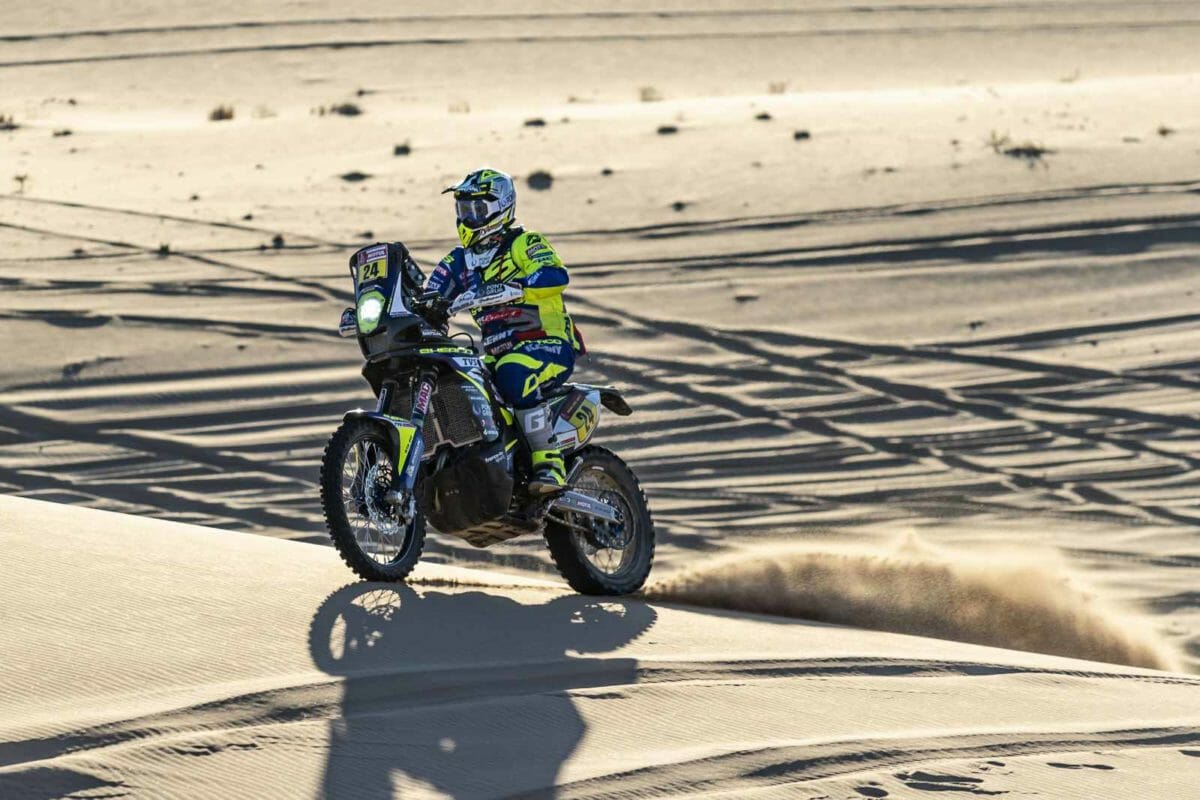 Keen followers would notice that Indian rider and Dakar 2019 finisher Aravind KP missing from the event. He is not participating, as he sustained a leg injury during a practice session in 2019. In the run-up to the Dakar 2020, Team Sherco TVS Rally Factory had put up a strong show at the rally of Morocco and finished the previous year’s Dakar event in South America on a strong note.