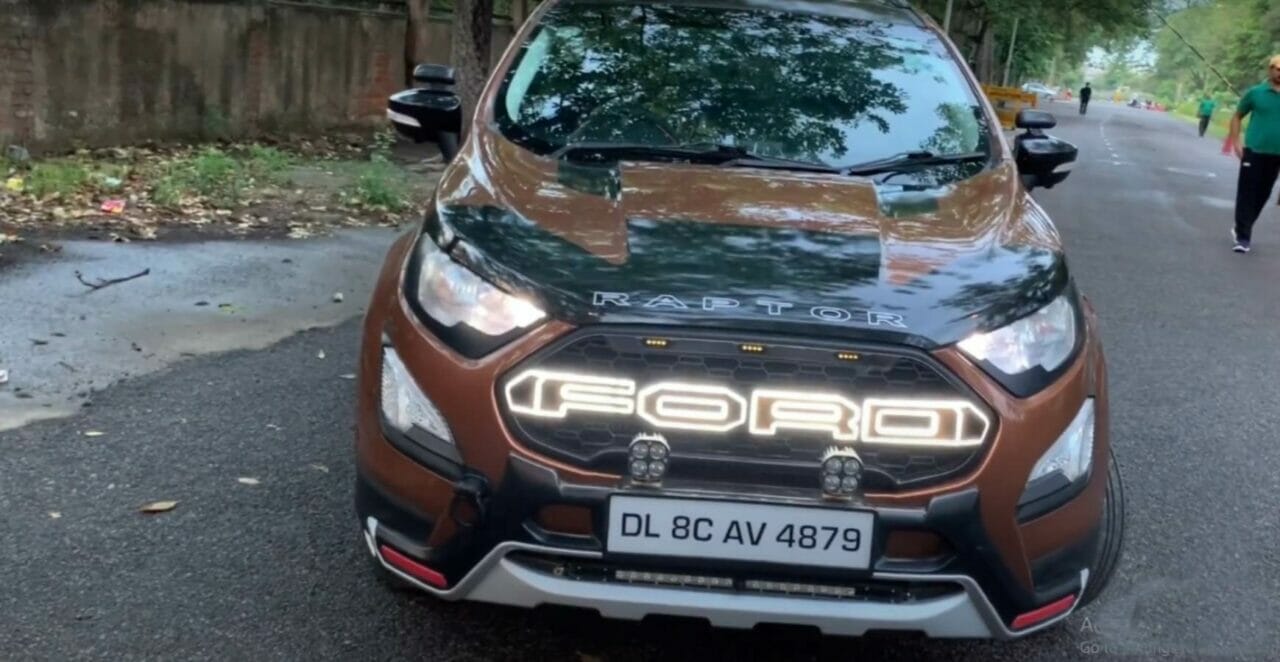 One of the most popular modifications on a Ford Endeavour is the inclusion of new grille with ‘Ford’ engraved in large font. These days, that lettering is also illuminated. The reason why it has become so popular and appeals visually to many is the fact that the Endeavour is a rugged SUV and the huge ‘Ford’ moniker accentuates the butch appeal even further. Over the years, many aftermarket custom parts have rolled in for the Endeavour but the same set of cosmetic mods have now made their way to the Ecosport.

The most prominently visible cosmetic change this Ecosport has received is the custom hood wrap with a ‘Raptor’ moniker. For the uninitiated, the Ford F 150 Raptor is a mean, high-performance pickup truck which has garnered cult status in other countries. Under the Raptor’s hood, sits a 3.5-litre twin-turbo EcoBoost engine which churns out 450 hp and a whopping 691 nm of torque! This, and the way it looks advocates the cult status it has earned.

Also read: Fiat Uno Converted Into An Eight-Wheeled Car, But Why? 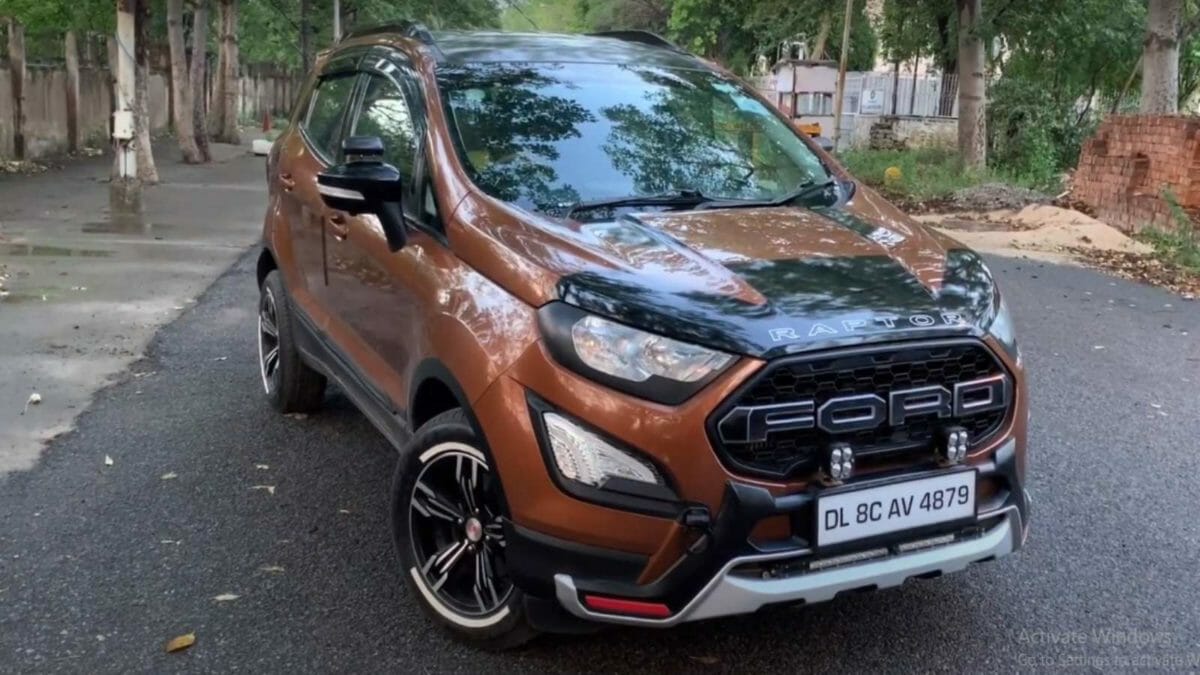 A huge grille with ‘Ford’ engraving, first became popular with the Raptor and the trend then slowly trickled down to other Ford SUVs. This Ecosport has received an updated version of the aftermarket grille and looks lit, quite literally because it has LEDs inserted in the moniker. Another modification related to illumination is the custom fog lamp with integrated DRLs and turn indicators. If you are wondering, it won’t require much of a hassle because the custom fog lamps with integrated DRLs are particularly designed to fit the Ecosport and replace the stock setup. 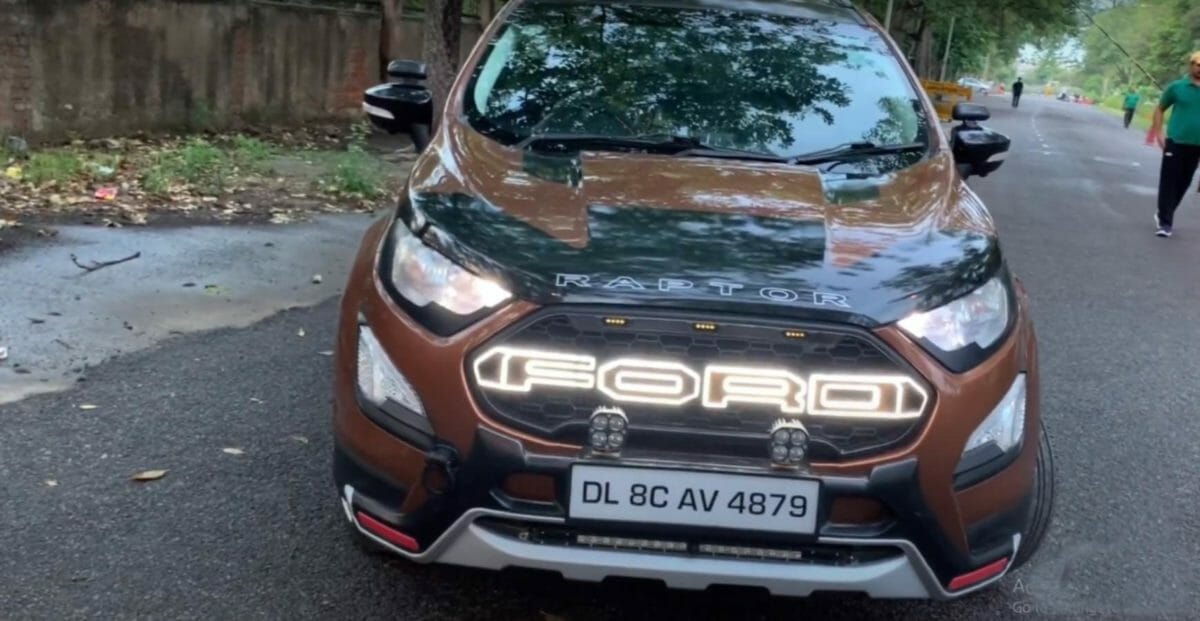 Price of the mods

There’s also an extra pair of auxiliary lights installed up front, and accompanied with LED headlamps, the illumination department is quite sorted. Here’s how much the modification is going to cost you: 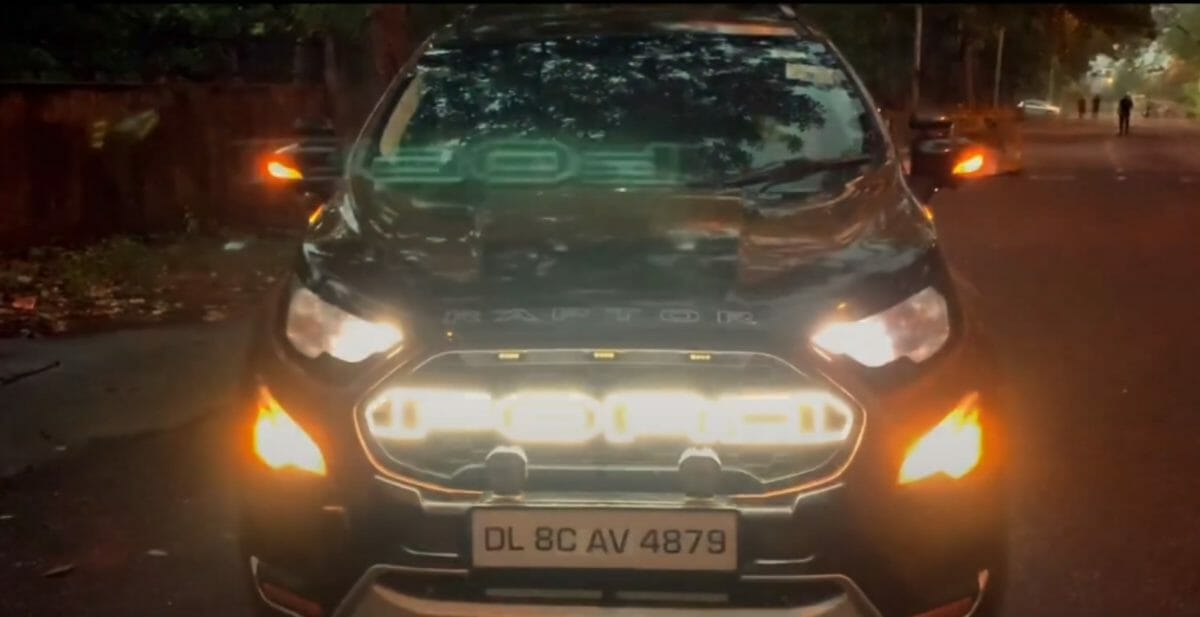 The overall appeal of this Ecosport accentuates even further in the dark when all the mods are prominently visible. The Ecosport is no match for the F 150 Raptor in any aspect (we aren’t considering fuel economy here), but with these mods, it will definitely be identified as a part of the family.

In the stock trim, the BS6 compliant 1.5-litre TDCi diesel engine of the Ecosport delivers 100 PS and 215 Nm and is only available with a five-speed manual transmission. On the other hand, Ford’s three-cylinder 1.5-liter Ti-VCT petrol engine delivers 122 PS of power & 149 Nm of torque. The petrol engine is paired with both five-speed manual and six-speed automatic transmissions. The 2020 Ford Ecopsort comes with a standard 3-year or 100,000 KM factory warranty.