Some of us were born lucky. For we grew up taking a whiff of blue smoke and experiencing the rush from all things two-stroke in our younger years. Among us, some have settled down, sobered up, and now derive their highs from tree-hugging two-wheelers. But some simply refuse the rehabilitation, and instead, have infused new life into the original. A proof of this condition is this restored Yamaha RXZ 135. 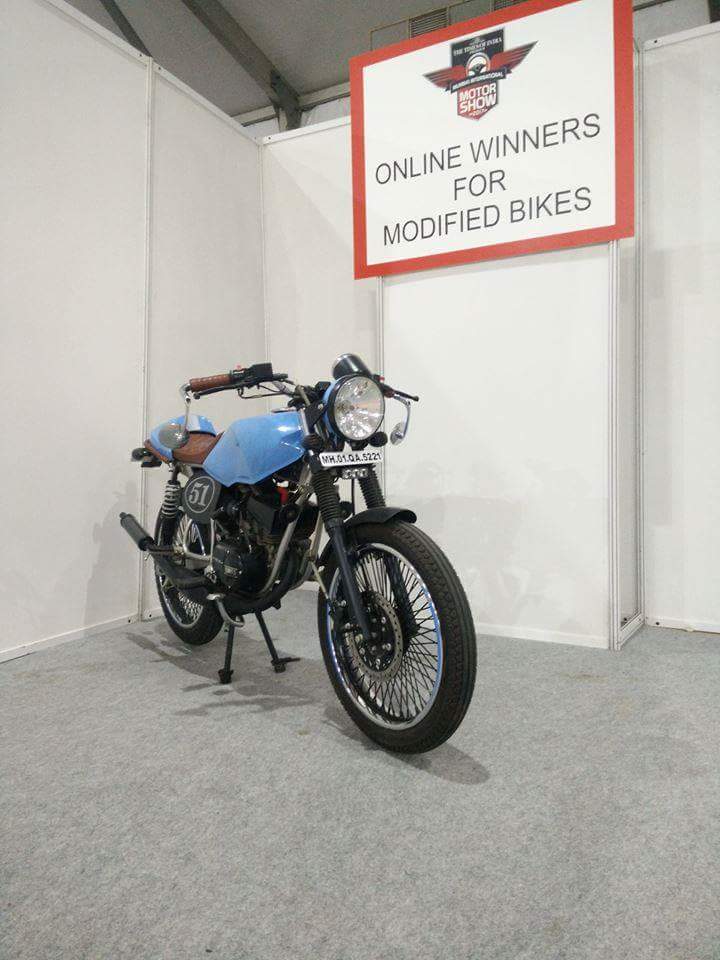 A mod job which won the ‘Best-modified bike award in Mumbai’ and had its own stand at the ‘Mumbai International Auto Show 2017’, this RXZ 135 has been ported to increase the motor’s cubic capacity to 140cc. Rustom, the man behind this build from Bombay has spent around a year to bring the motorcycle to its spotless current state. The bike is essentially brand new, where nearly every mechanical component has been replaced with an original Yahama part, with the exception of the original oversized piston.

This restored Yamaha RXZ 135 has been fitted with aftermarket rear springs which are 3 inches longer than the stock suspension and such is the obsession with neatness, nearly every bolt has been re-polished. The air filter is an original Pipercross, the carburettor is an original Japanese unit, and the seat and handlebar grips are custom made. The brand new spoke type rims belong to the CBZ and have been sourced from an authorized Hero Motocorp distributor as they are much stronger than the Yamaha’s rims and the spokes are put together in a better way. 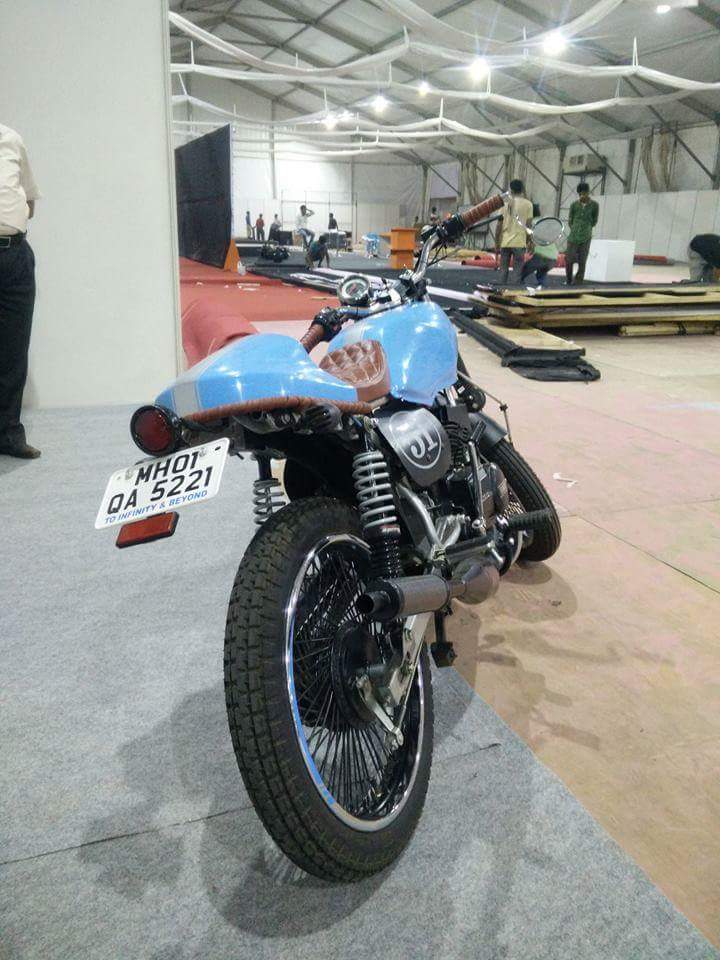 A new, maintenance-free battery powers a small LED below the round headlight which has been sourced from an RE Thunderbird for really good night vision. As is the case with such mod jobs, finding components is never easy and Rustom took two full months just to source a reliable 5-speed gearbox. Instrumentation has been sourced from the Yamaha Enticer and to ensure the longevity of things,
the entire fuel tank was cleaned and an epoxy coating was applied to keep rust out of the question for the next 10 yrs at least. 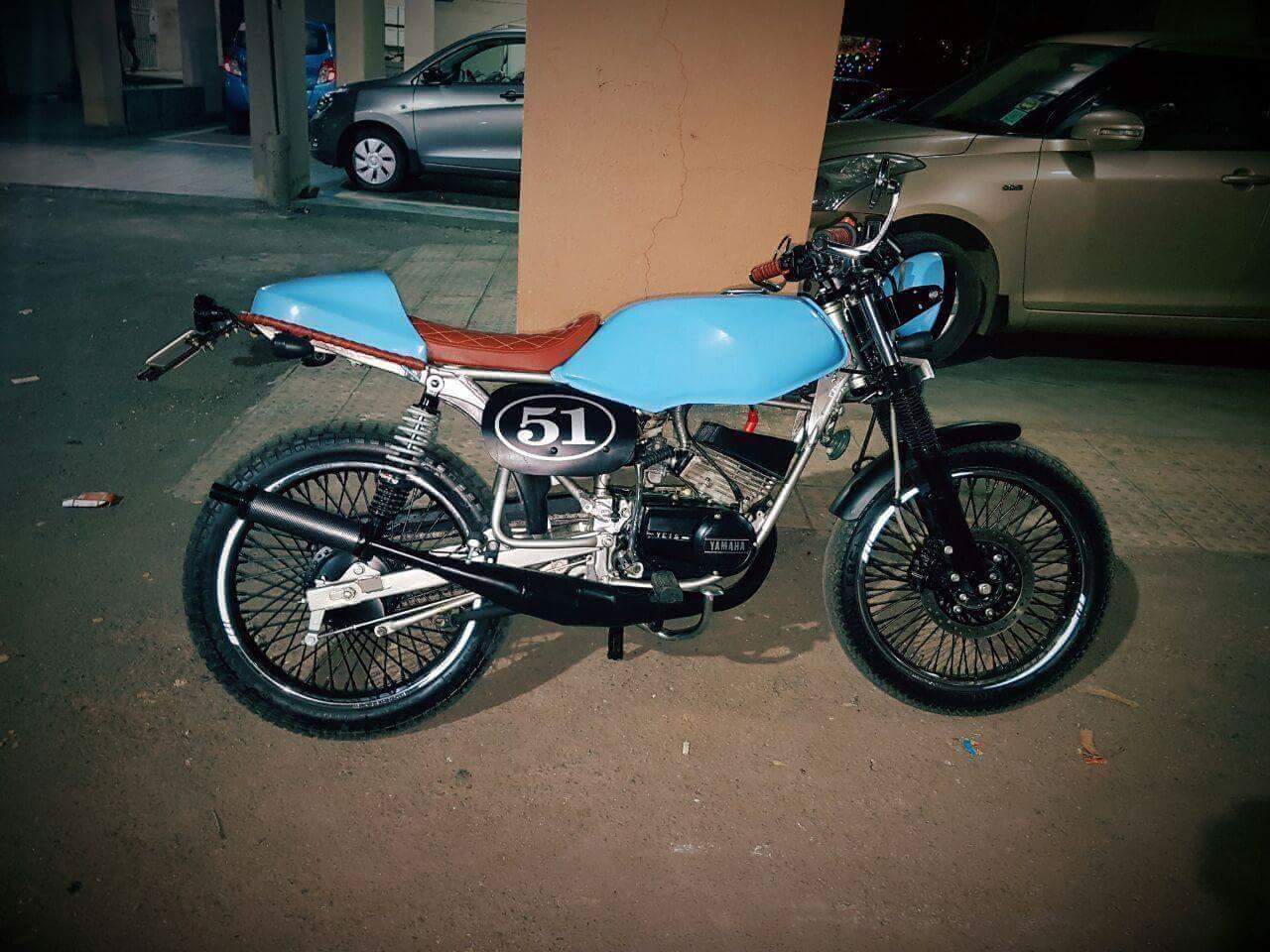 The bike can be easily converted from a two-seat to a single seat design, by simply sliding the rear cowl away. This pocket rocket is still being run-in and although the owner hasn’t been able to test her top speed, he says it crosses 100 kph easily with a lot of power still left in reserve. For Rustom though, the best part about the bike is the synergy of the exhaust note with the growl that the air intake creates.