It doesn’t come as a surprise that Suzuki Jimny is very popular in the markets it is currently being sold in. A rather simple design accompanied by the robust build quality and amazing off-road capabilities has resulted in the tiny Suzuki becoming seriously popular in most markets. While we still wait for its arrival here, foreign markets are playing around it, customizing it in different ways. Most of the customized Jimnys that we come across receive only cosmetic upgrades but this particular Jimny has unlocked a new level of awesomeness because it is probably the fastest Jimny in the world! 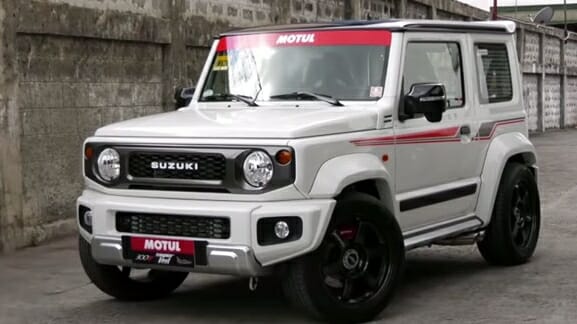 This modified Jimny is developed by Mr Carlos Gono of Autoplus. The folks over at Autoplus have worked over the fourth-generation of Jimny and it is the second Jimny owned by Carlos. The main talking point about this Jimny is the performance it packs under the hood. They have plonked in a turbo-kit developed by F-Performance, a UAE-based tuner and the results are pretty interesting. This customized Jimny has a massive power output of 200 horses. The turbo-kit which is deployed in it includes custom fuel injectors and a new ECU. 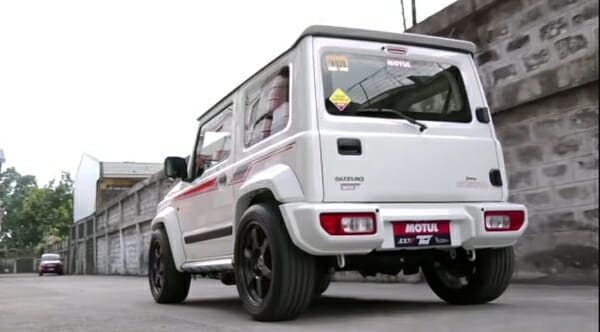 The mods don’t end here as they have also included a wastegate blow-off valve, Autoplus side exhaust system, RSR lowering springs, Autoplus brake rotors and pads, 18-inch Volk Racing concave alloy wheels and Recaro bucket seats. The power output has doubled up and in order to have a better heat dissipation, race-grade 300V engine oil from Motul has been filled in its belly. 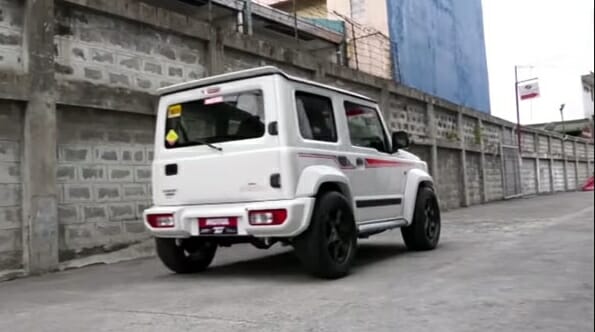 The Suzuki Jimny recently completed 50 years of its existence and has remained a crowd favourite all through the while. It comes out as a proper budget-end off-roader. The one that we’re supposed to get will probably be a 5-door model powered by the 1.5-litre K-series engine which powers other things like the Ciaz. Currently, the 1.5-litre unit develops 102PS and 130Nm. Transmission options include a 5-speed manual and a 4-speed automatic transmission.