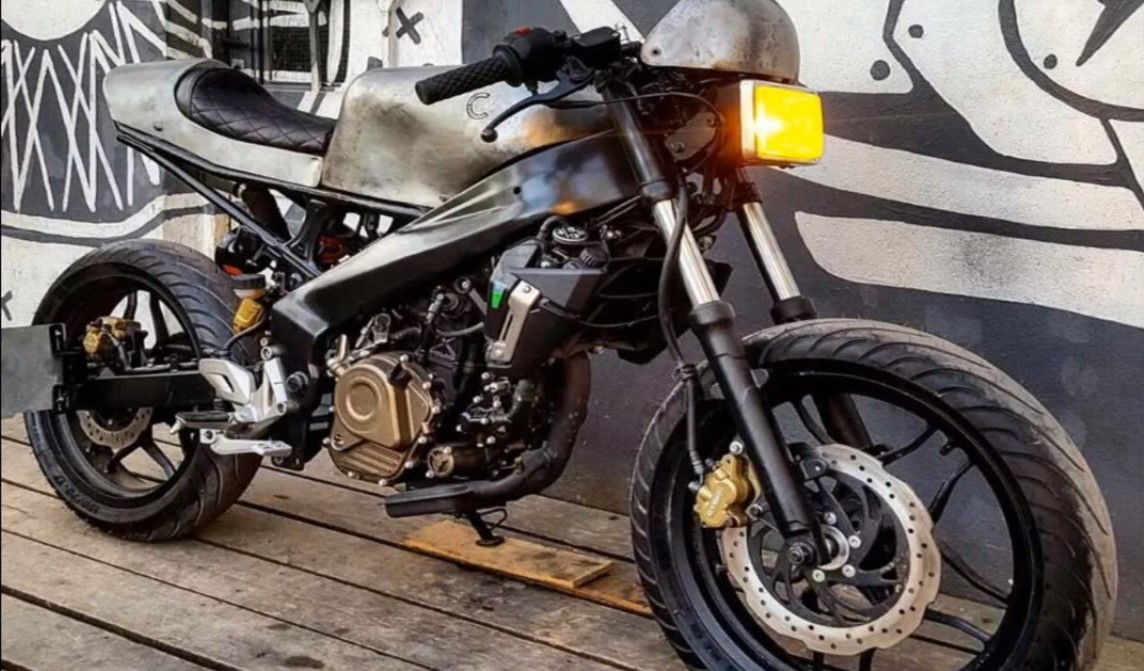 If you have ever observed the visual appearance of a coal mine worker, you probably are aware of the raw appeal of that man. There’s something unusually macho about his white vest with stains of coal all over it, on his skin, and on his mine worker’s helmet, which is stained just as much and has this tiny yellow lamp glowing above it. The appearance of this modified Pulsar 200 NS is somewhat similar. It looks raw, industrial, unfinished, yet, has this strange appeal which works in its favour. 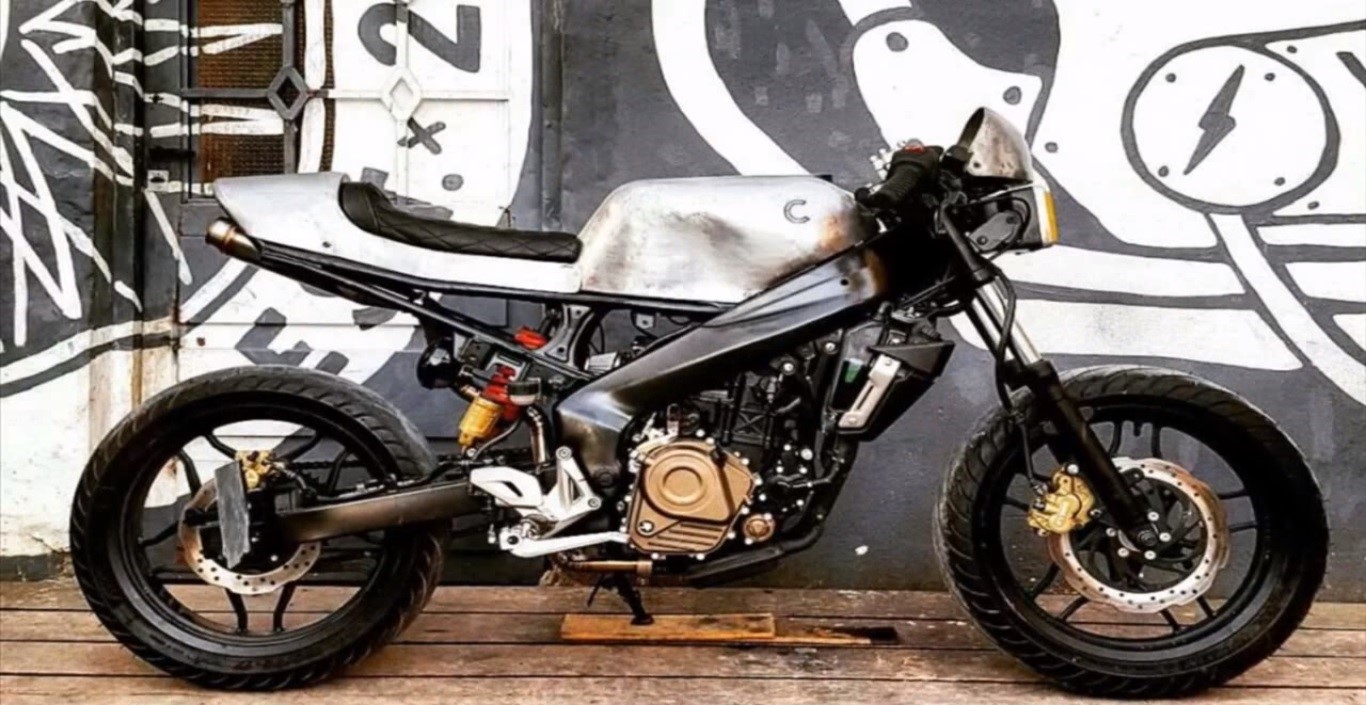 Its yellow-tinged headlight has been borrowed from a bike which was probably buried inside some mine in the 80s. Then, there’s that piece of unfinished metal above it which looks like it has been bent with bare hands. Above the modern perimeter frame, the builder probably used a shovel to give shape to that fuel tank. With the letter ‘C’ written on it with a chalk of coal, the visual works somehow, and works really well. 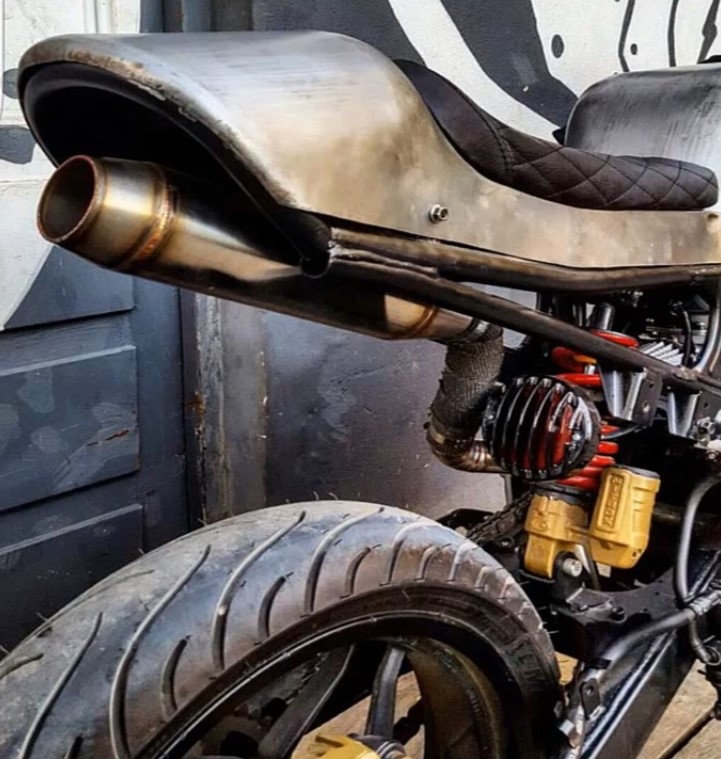 A barebones sub-frame has been welded to the mainframe and acts as a stay for the seat, which looks like the only finished component on the bike, and the rear panel, which again was hammered with a stone to bend like that. All the bike’s fanciness has been stripped apart and the exhaust has been neatly routed to open out at the back, underneath the rear panel. But we’re glad that the modern rubber and brakes managed to stay. Built somewhere in South America, this Modified Pulsar 200 NS looks unique in a very different way. We like! Have any such modifications of your own you’d like to share? Do write to us with loads of pictures or say hello using any of our social media channels.