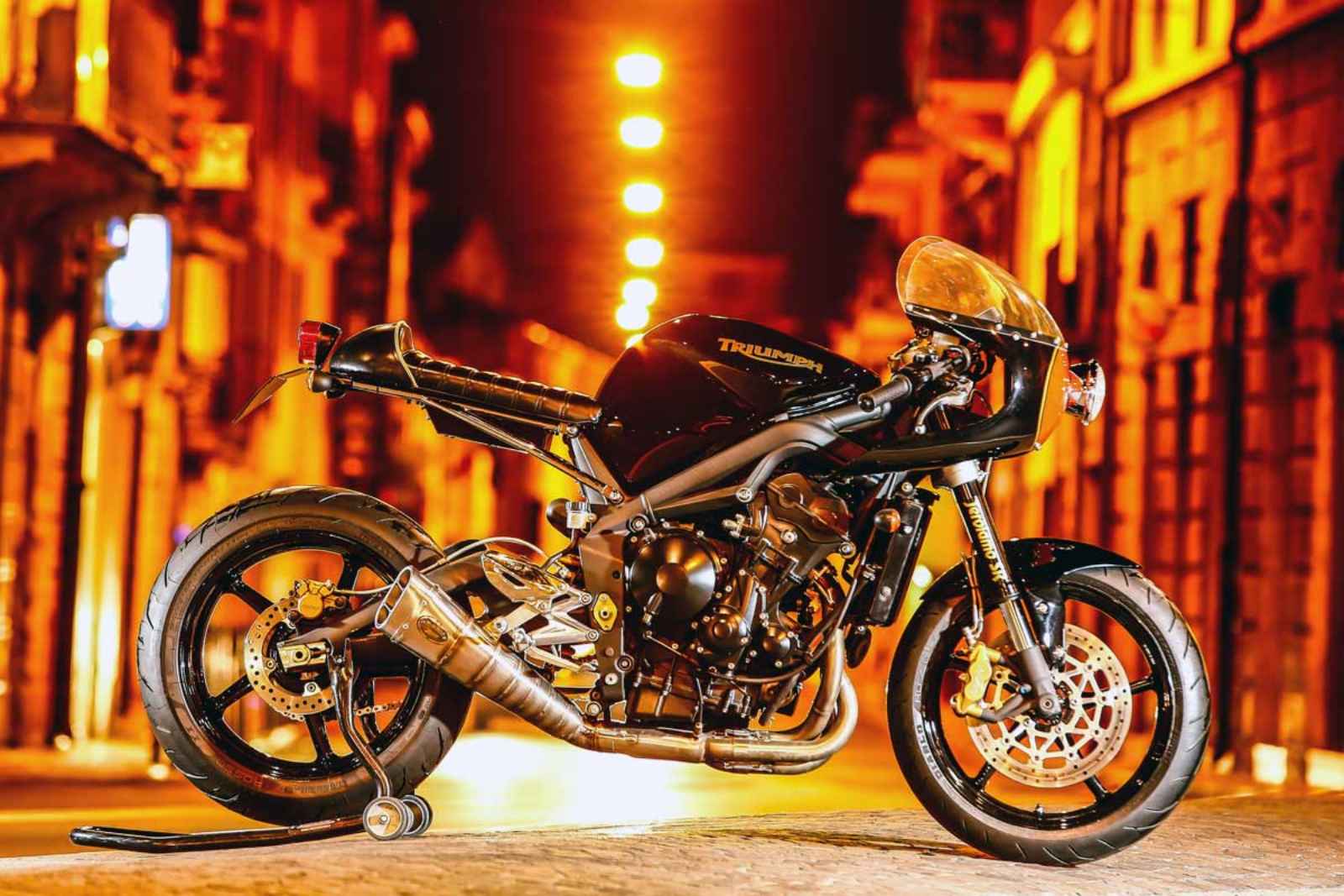 Most Street Triple R owners keep their prized possessions very close to their heart and even the thought of someone ripping their motorcycles apart for a custom job brings a wide-spread frown on their faces. But Italian builder Nicola Martini is one special entity. Mr Martini has been in the custom scene for decades. 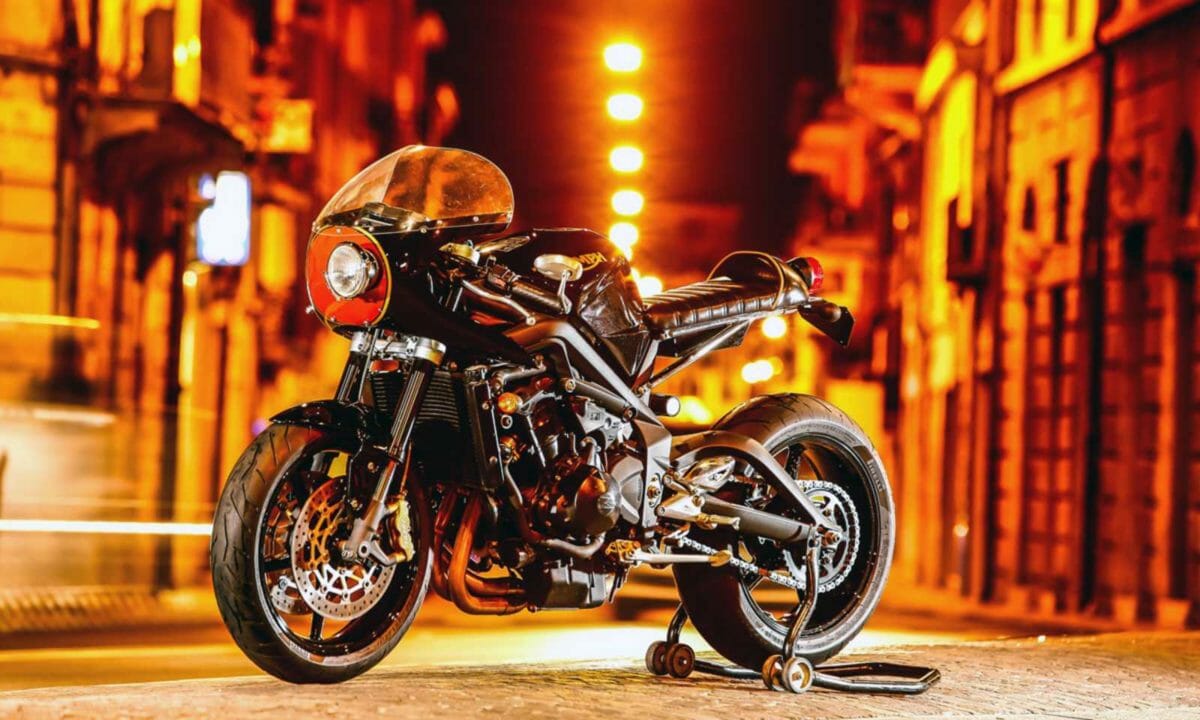 The Street Triple R is a brilliant motorcycle but turning this amazing piece of machinery into something even more alluring, tells us a lot about the skills of the builder. Mr Martini has christened the Street Triple R as ‘Jerolamo SR’ and that hints at the Jerolamo series of custom bikes bearing the Jerolamo name. All the custom motorcycles in this series follow the same design philosophy and the SR is no different. One of the most defining features of the Jerolamo series of custom bikes is the chrome steel rear frame with a custom leather Mr Martini saddle. The SR has the same defining trait. 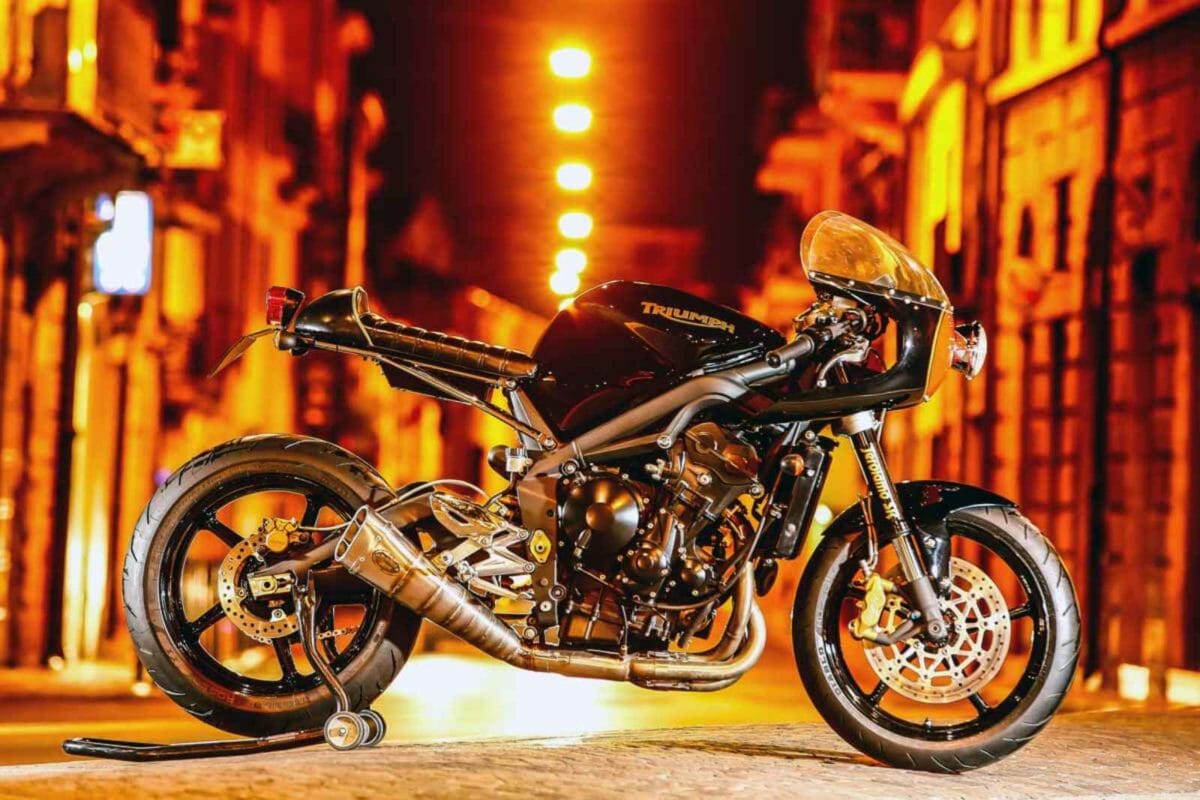 The custom build looks very aesthetically pleasing and that has been achieved by fabricating a slimmer rear end which also gives the bike a more aggressive look. Mr Martini also custom fabricated the entire rear tubular subframe. Part of the reason why the bike looks so clean is because Mr Martini stashed away all the electronics and replaced the battery with a small lithium-ion unit resting inside a custom fabricated box in between the frame rails. 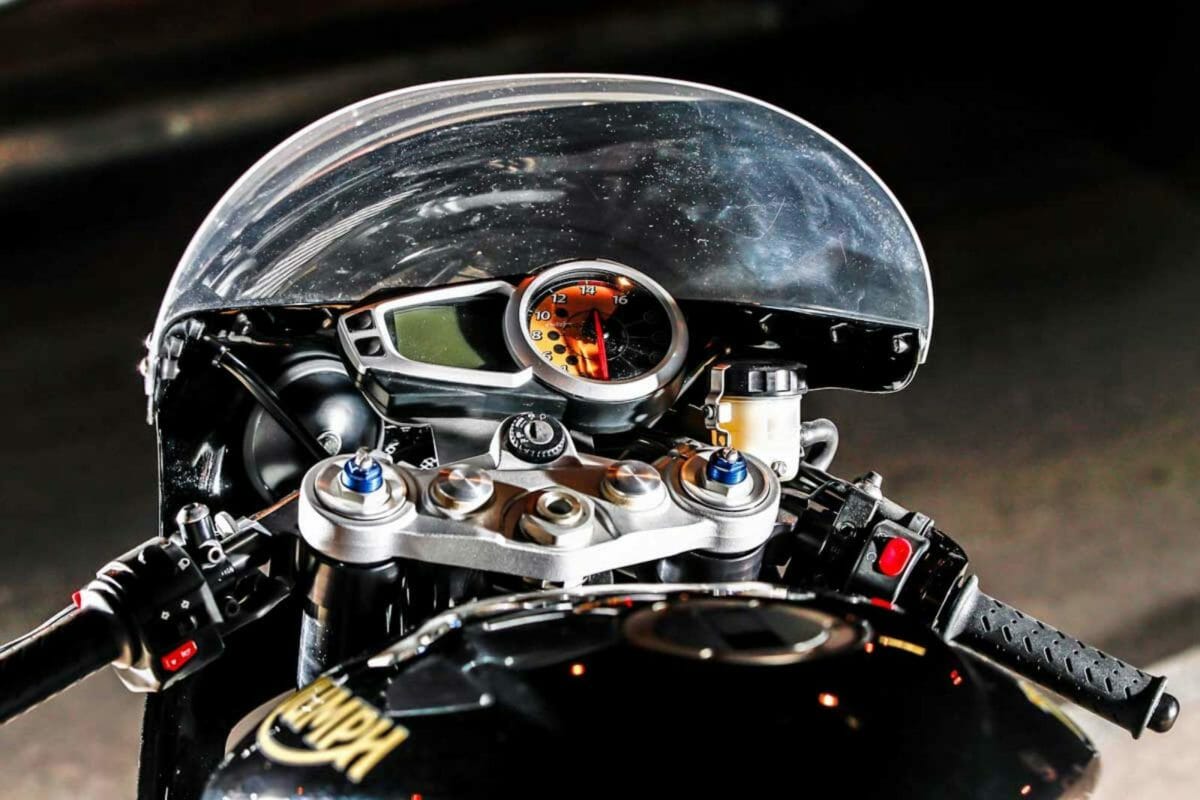 Another defining trait of Mr Martini’s custom motorcycles is the bikini fairing and that makes an appearance on this custom Street Triple R. Even though Triumph already has the Thruxton R as their take on café-racers, this custom build looks equally astonishing. The Thruxton comes with a 1.2-litre twin-cylinder engine while the Street Triple R utilized here makes do with a 675cc triple-cylinder engine. Mr Martini left the bike’s performance pretty much stock, save for a gorgeous Zard 3-to-1 exhaust system. In the complete process, he managed to shelve off 22 kg of weight! 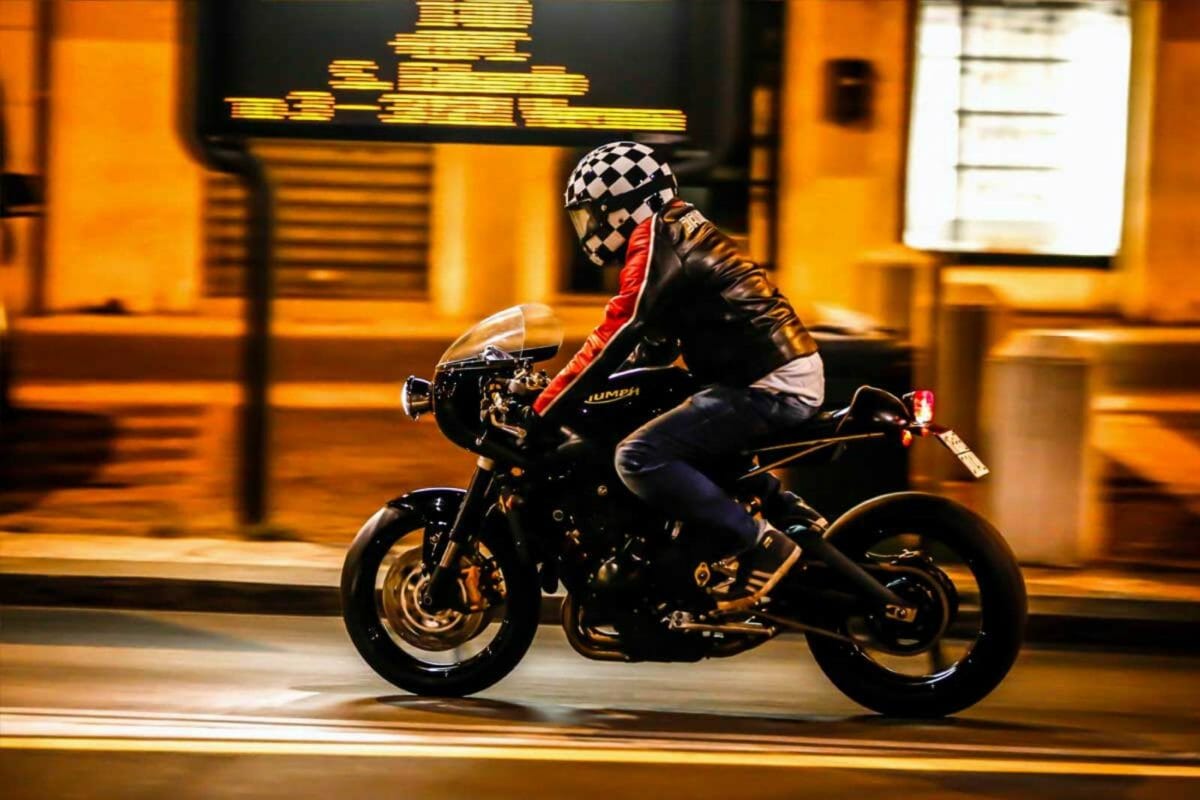 In related news, Triumph India will soon bring in the updated Street Triple R. The R doesn’t get the colour TFT dash that you find on the Triple RS. Instead, it has to make do with the old semi-digital LCD dash that has been around since its 675 days. The 765cc triple heart is shared between the two 2020 models. The one on the Triple R puts out 118PS and 77Nm. It also gets ride-by-wire, three riding modes (Rain, Road and Sport), switchable traction control and ABS. The latest addition to the 2020 model is a bi-directional quickshifter, which you also find on the Triple RS.