It won’t be wrong if we say that carbon-fibre is the most celebrated element in the automotive industry. Slapping carbon-fibre parts on already fast automobiles result in just one thing: Focused and blistering performance while also lending them an exclusive factor. When you combine carbon-fibre with another celebrated name in the motorcycling industry, the result is astonishing. We are talking about the Suzuki GSX-R1000. It might feel a little dated compared to some of the other European superbikes belonging to the same category but you can’t beat the legacy it has built for itself.

A Swiss photographer/track rider Raptik joined hands with a motorcycle tuning company named No Limit Tuning, who went to leaps and bounds to develop this carbon-fibre clad track weapon. The GSX-R1000 is known to be an ultimate track tool for beginners and veterans alike and this particular mod job is said to make it even faster around the track. 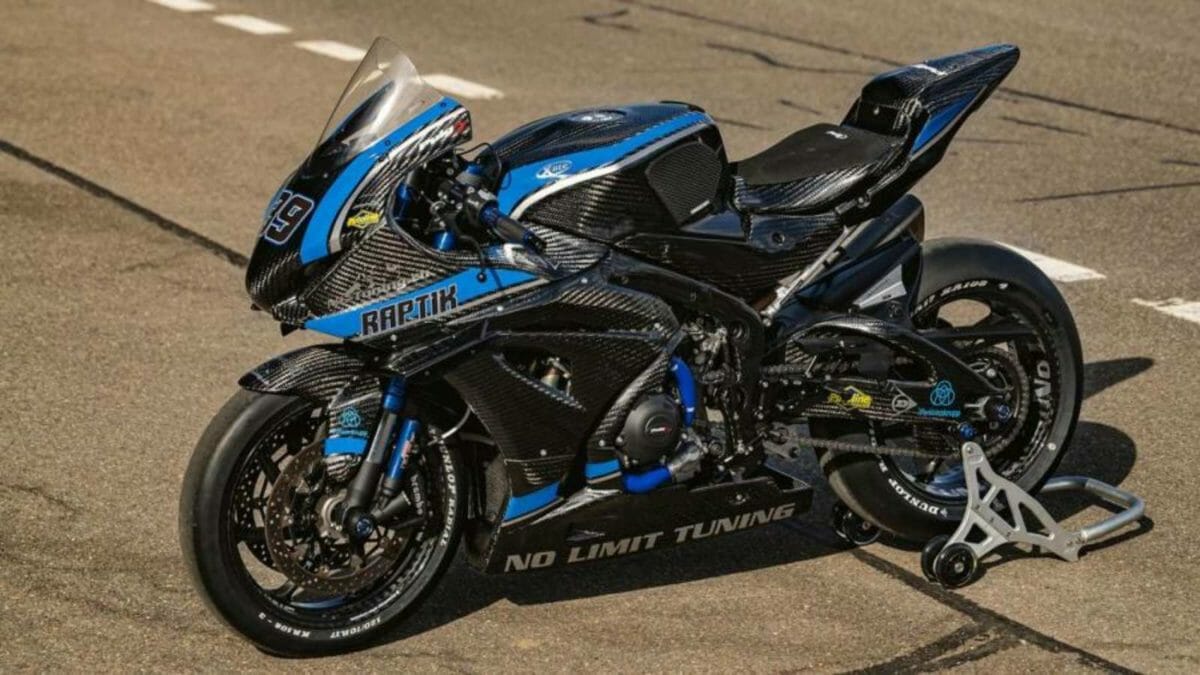 The gorgeous bodywork of the stock GSX-R1000 is done away with for coarsely woven carbon fibre loveliness. Not only this, the stock cast wheels are replaced with lightweight and strong items from ThyssenKrupp. As you might have guessed by now, the motorcycle has shed a lot of weight in the process. It is being claimed that it has lost as much as 25 kg over the stock motorcycle and now it is tipping the scale at 175 kg. 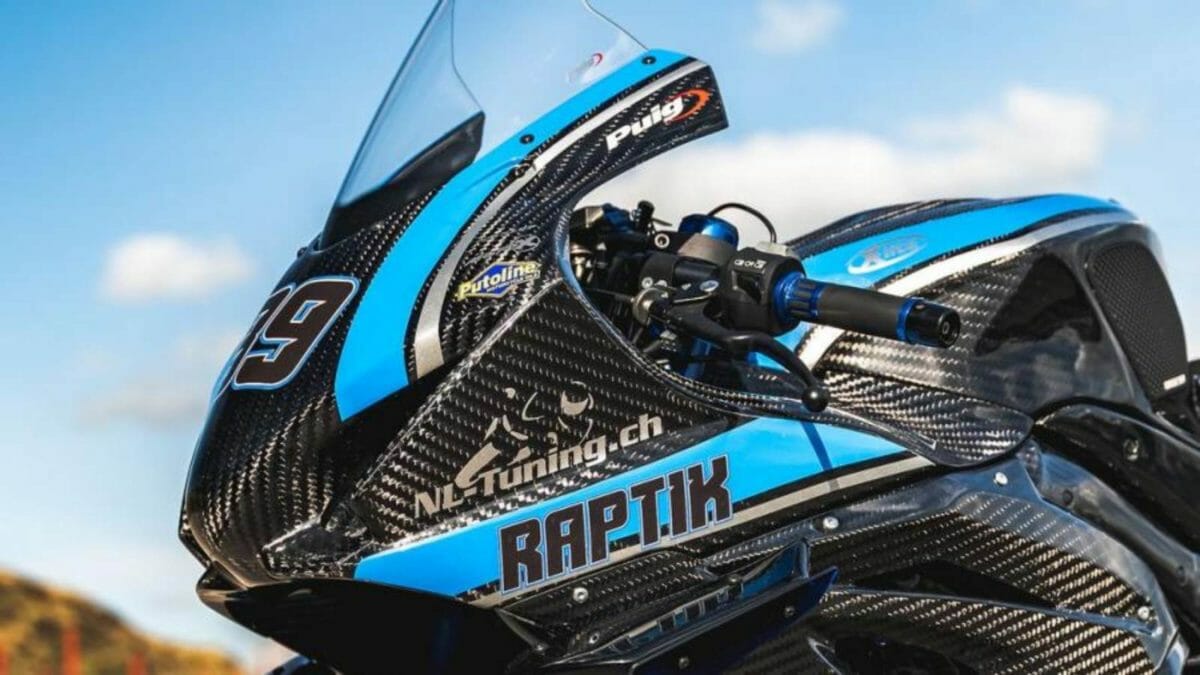 Looking at the long list of carbon-fibre parts makes us feel that it was dipped in molten carbon-fibre and then it was carved out of it. The list of carbon-fibre parts include carbon fairing ((front, sides, bow, stern), frame protection, ram-air channel, swingarm protection, fuel cap and front-wheel cover. Not only this, but there are also some other mechanical upgrades too, which include: Akrapovic complete system Evolution, BMC Race air filter, Racing brake disc rear wheel, Dunlop KR tires, lithium battery, LighTech clip-ons, Magura HC3 brake cylinder, Motoholders Alu Racing rear frame, NL-Tuning carbon brake lever protection and Öhlins steering damper. 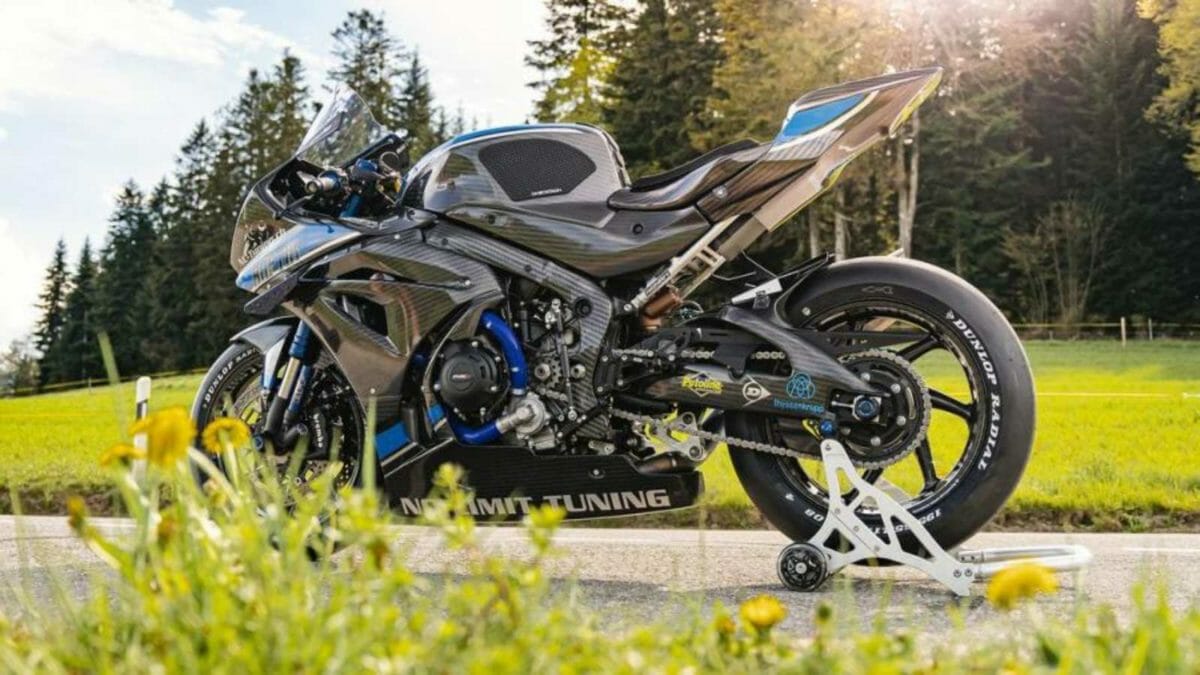 It isn’t the first time that we have witnessed a carbon-fibre clad GSX-R1000. In 2018, Suzuki unleashed an extremely beautiful motorcycle called Suzuki GSX-R1000 Ryuyo. This special motorcycle weighed 168 Kg (Dry) and made 212 Bhp of power. Only 20 Ryuyo-spec GSX-R1000s were made and that made it way rarer than the Superleggera which saw a production run of 500 units. This model was actually a homage to the Ryuyo R&D centre that tests all of Suzuki’s new models. The Ryuyo was a result of Suzuki teaming up with a lot of other brands such as Yoshimura, Öhlins, Dunlop, Brembo, K&N, Motul, D&D, and others. And yes, the bodywork was all in carbon fibre. All this resulted in Ryuyo being the fastest GSX-R1000 ever. 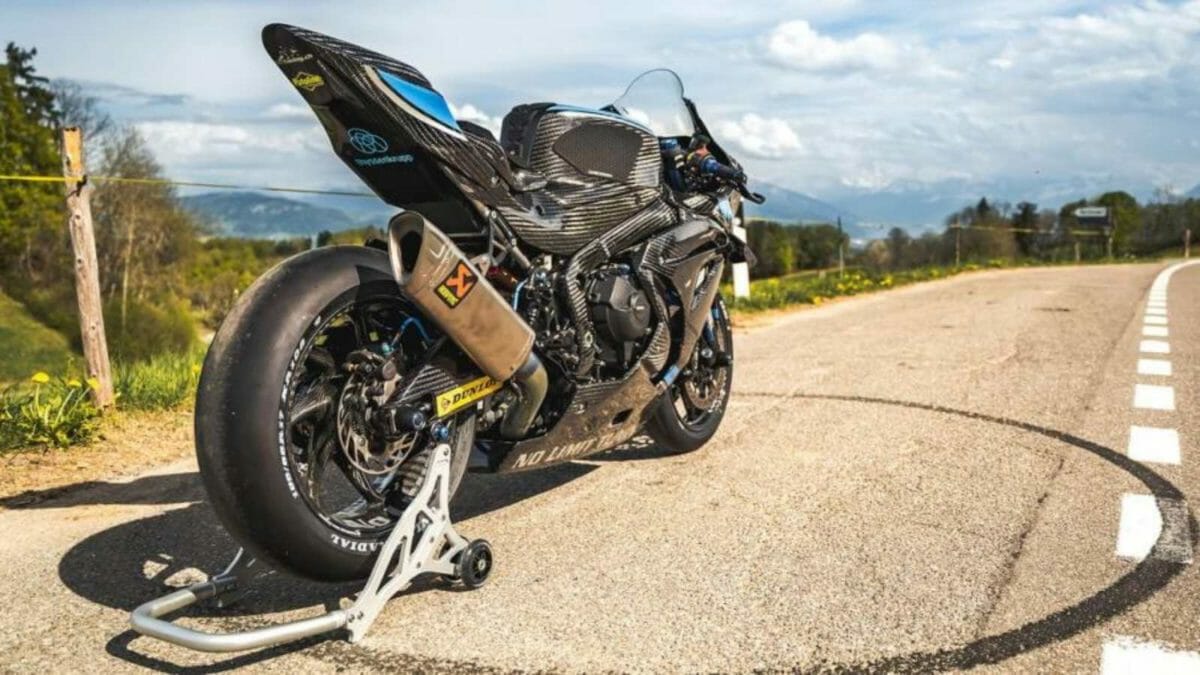 The GSX-R1000 is due for a thorough upgrade because the competition has caught up and has made this Japanese superbike kind of obsolete. During the start of 2020, Suzuki unveiled a new livery for their road-going flagship litre-class superbike, the GSX-R1000R. The new livery was inspired by the 60th anniversary of Suzuki’s first motorcycling world title. The changes in the 2020 iteration of the GSX-R1000R were limited to this livery only as it remained the same, both, cosmetically and mechanically.