The latest creation from Affalterbach, the homeland of tire smoking Mercedes models, is this four-door AMG is the saloon version of Mercedes’ hot hatch. This new AMG saloon is all set to rival Audi’s S3 Saloon and BMW’s M2. Even though the new A35 Saloon looks like the CLA, it’s completely different from it. The A35 AMG Saloon is evidence that Mercedes can reach for the niche market in any segment and can produce cars which look and perform better than its competition.

So, what exactly is the difference between the A45 and the A35 AMG? Well, the primary difference is that the A35 Saloon is 130mm longer than the A45 hatchback, but just as wide, and both have pretty much the same height when they stand side to side. The 2,729mm wheelbase of the A35 is also identical to the A45 hatch. The A35 is powered by the same 2-litre, four-cylinder, turbocharged engine which produces 301 HP and 400 Nm of torque. So, in terms of power, the A35 is right between the 296 HP Golf R and the 316 HP Civic Type R and is just under the 306 HP Audi S3 Saloon. The A35 also gets a similar 7-speed dual-clutch transmission like the A45 AMG, along with AMG’s in-house suspension. The A35 Saloon is also loaded with other AMG specials like the variable AMG Performance 4MATIC all-wheel drive system to push the car from 0-100 in 4.8 seconds and provide an electronically limited top speed of 155mph. 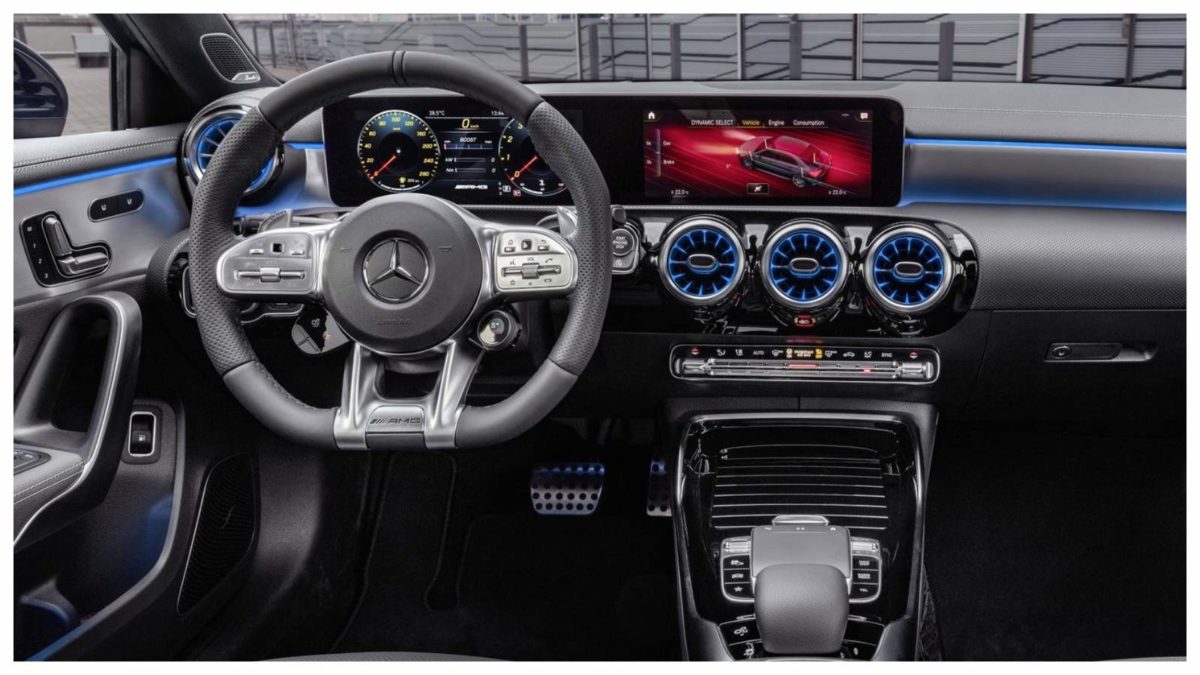 The new saloon model has sportier wheels, an AMG Line front lip with flics on the air intakes, a front splitter and silver chrome trim. The A35 is a small and fast car for four people with enough headroom and plenty of space in a trunk which is smaller than the C-Class. The interior is equipped with A-Class’ MBUX infotainment system which is much better than the S3, and also has a flash augmented reality sat-nav. The big screens on the centre-console are easily configurable and can also control the ambient lights in the cabin. The prices haven’t been announced yet and the A35 saloon is likely to be launched in India by the end of this year. We’ll be bringing more updates about the newly launched A35 AMG Saloon, stay tuned.