The Maruti 800 did a pretty good job of bringing affordable motoring to the Indian masses, and goes down into the Indian automotive hall of fame as the best-seller that mobilized India. Not this one though. Because this is more special. We stumbled across this modified specimen which never, ever stopped dreaming of shedding its modest roots. 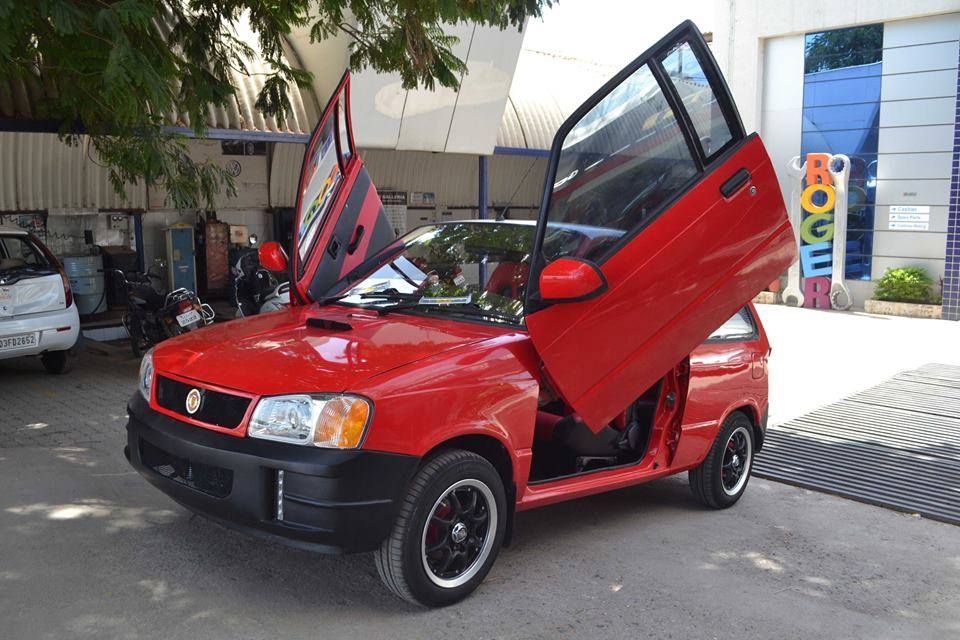 When you have a Maruti 800, but Lamborghini is life

Two door are way cooler than four, and hence the subject is treated to a neat two door layout. However, not content with just removing the rear doors and extending the front ones, the adventurous owner/modifier decided to apply the “scissor doors” treatment. The roof has been sprayed in white, which contrasts well with the red paintwork. 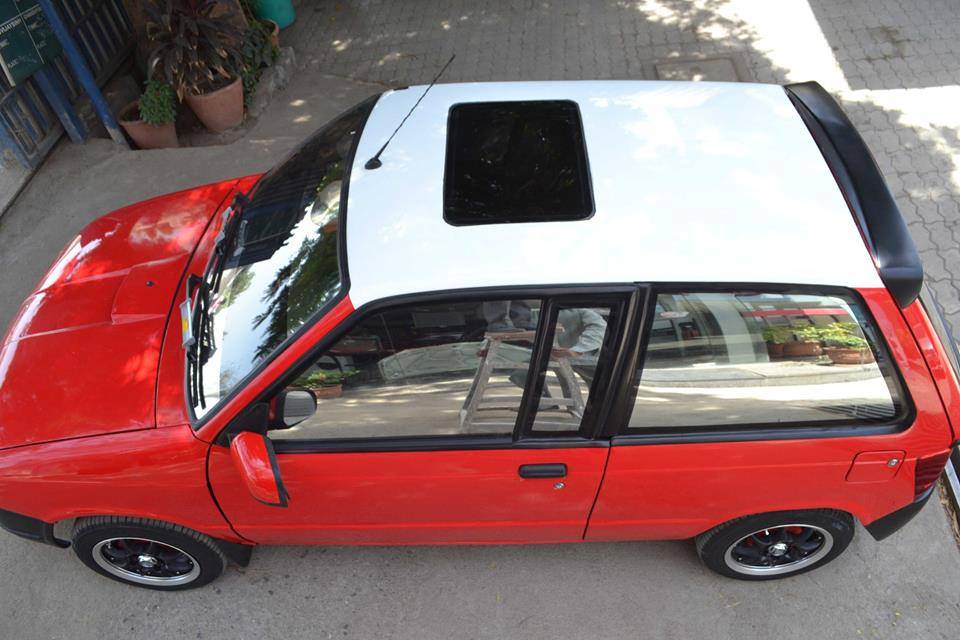 Changes to the bodywork include a completely revamped front fascia featuring Hyundai Accent sourced headlamps, a bigger mesh grill and a custom bumper with vertically aligned DRL strips. The 800’s humble mirrors have been sacrificed for fresher ones, while the footwear has been duly upgraded with blacked out rims wrapped with bigger, fatter rubber. Other notable embellishments include a sunroof and a hood scoop. 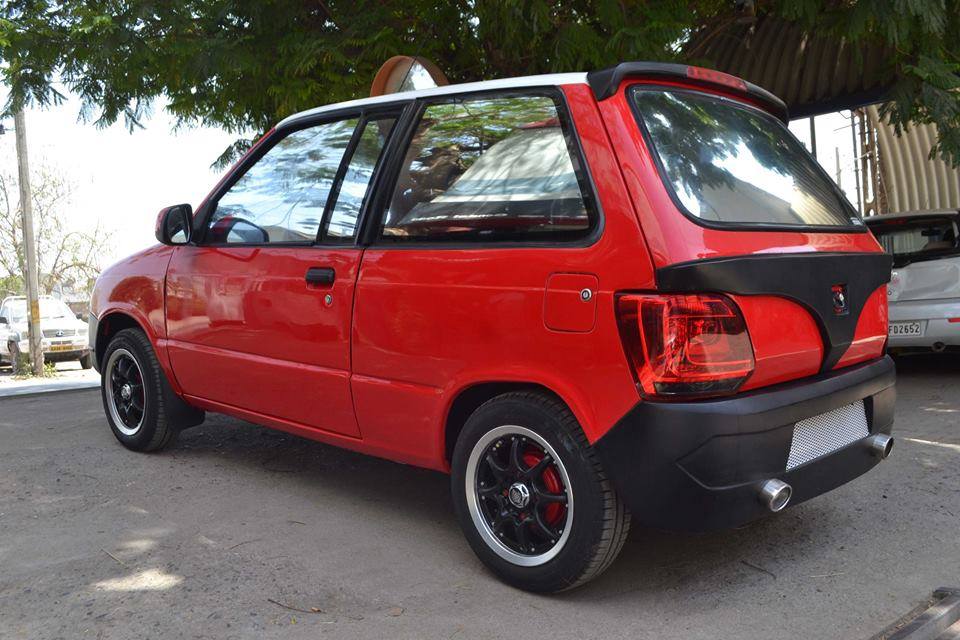 Behold the rear end, and taste starts fading fast. The new bumper has been neatly integrated with the body, and so have the VW Polo tail lamps. The new bumper itself is pretty badly resolved, especially the fake exhaust finishes, while the less said about the underwear like element bridging the tail lamps, the better.  The rear spoiler doesn’t looks half as bad though.