The all-new, third-generation Suzuki Swift has been revealed in Japan. It’ll go on sale in Japan on January 4, 2017, while the international-spec model will mark its global debut at the upcoming Geneva Motor Show in March 2017.

Armed with evolutionary looks, the 2017 Suzuki Swift measures 3,840 mm in length, 1,695 mm in width and 1,500 mm/1,525 mm in height, and has a wheelbase of 2,450 mm. The completely revamped interiors feature an all-new dashboard, a new multi-function 3-spoke, flat-bottomed steering wheel, and a fresh infotainment system with Apple CarPlay and Android Auto connectivity. 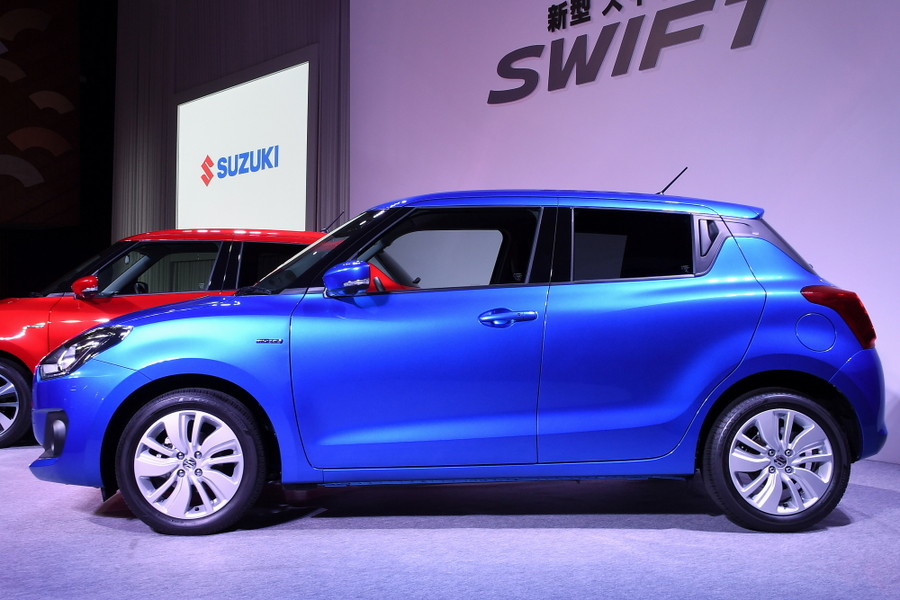 The 2017 Suzuki Swift will be available in 5 variants in Japan – XG, XL, Hybrid ML, RS and RSt. The first three are powered by a 1.2-litre VVT 4-cylinder petrol engine that develops 67 PS and 118 Nm of torque. This engine is available with a either a 5-speed manual transmission or a CVT.

The Hybrid ML variant gets Suzuki’s SHVS (Smart Hybrid Vehicle by Suzuki) mild hybrid setup that integrates a starter/generator and regenerative braking. The aforementioned petrol engine is paired to the WA05A electric motor that generates 3.1 PS and 50 Nm. The Hybrid ML can also be had with a either a 5-speed manual transmission or a CVT. 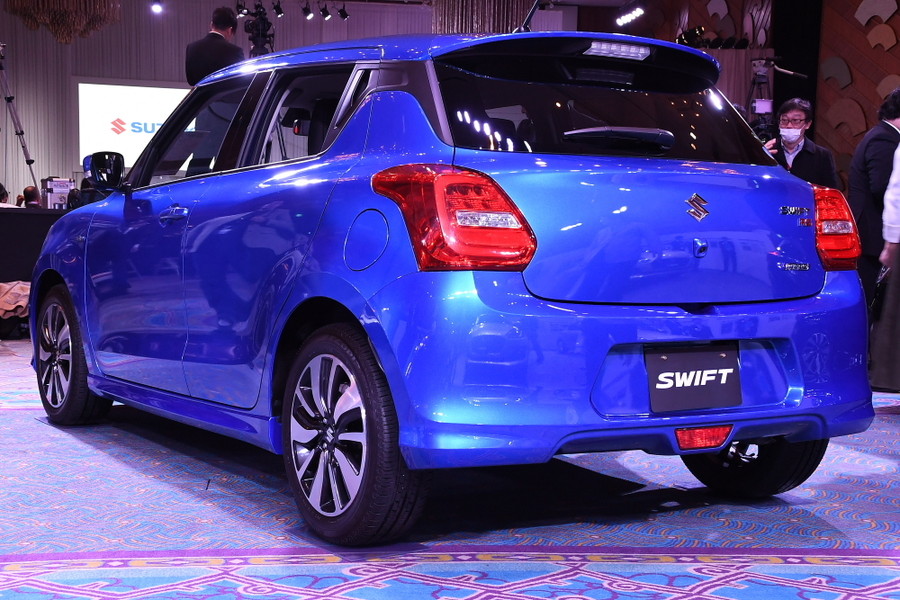 The RS variants get the 1.0-litre three-cylinder, BoosterJet turbo-petrol engine that produces 102 PS and 150 Nm. This engine is exclusively paired to a 6-speed automatic transmission with steering-mounted shift paddles. 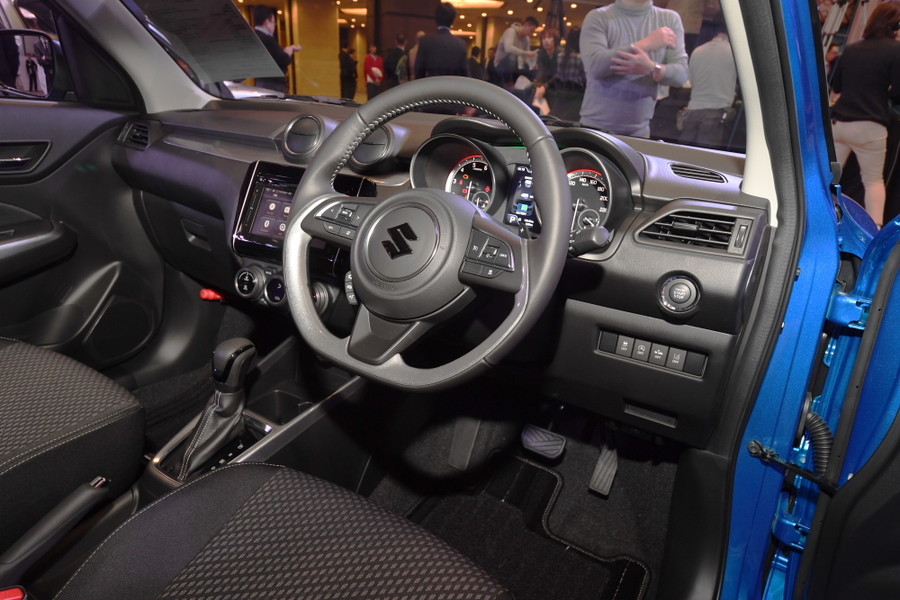 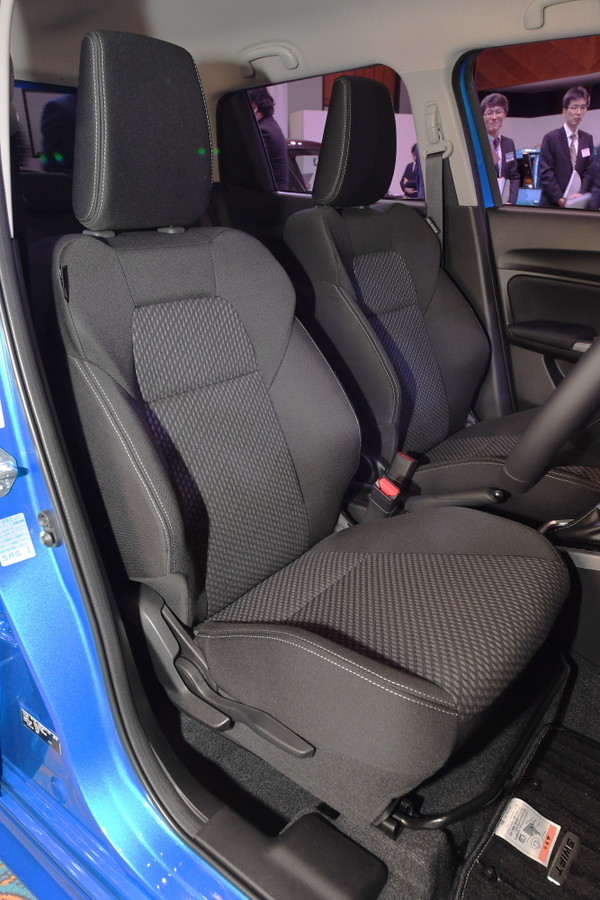 Maruti Suzuki has is yet to comment on the launch of the 2017 Maruti Swift, but reports expect it in India late next year, produced from the Gujarat plant. Below is a image gallery of the 2017 Suzuki Swift (click to expand).