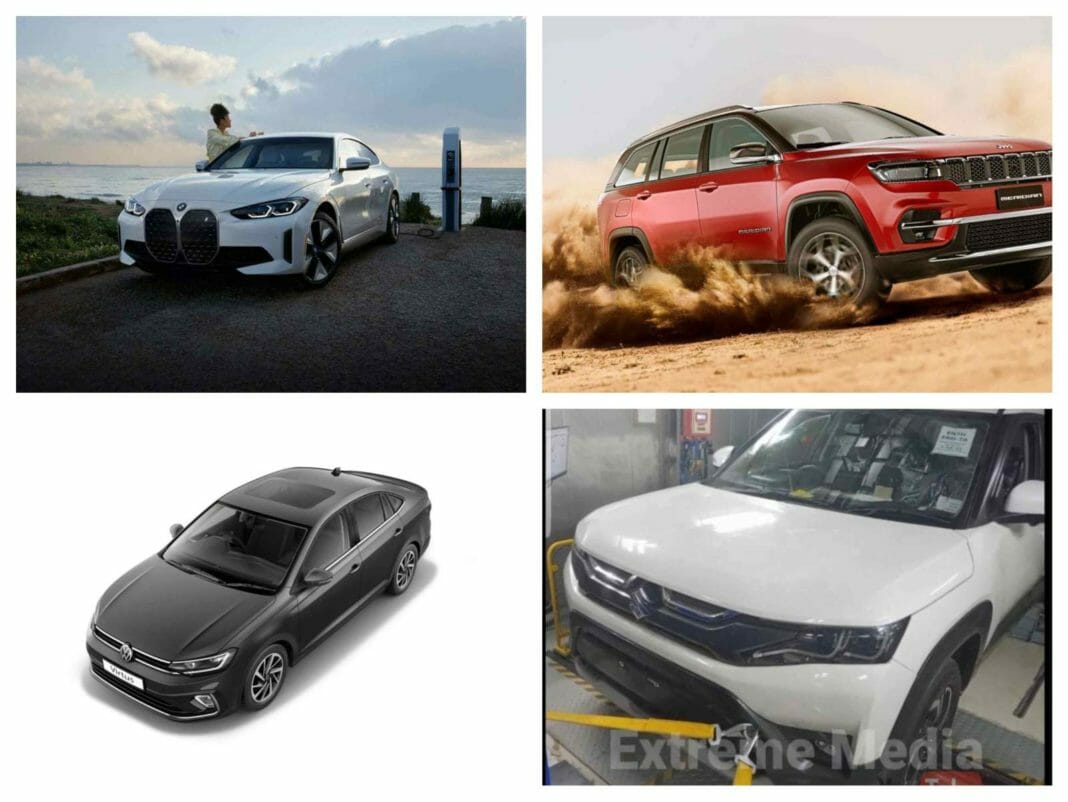 The months of May and June are set to be exciting with a slew of launches lined up. These will include many new launches and facelifts as well. We will also witness some EVs being launched as well. Though we will cover all these launches in detail as and when they happen, let’s take a look at what we can expect in the coming weeks!

Skoda is planning to launch a new top-end variant of the Kushaq called the Monte Carlo. The exterior will get a host of changes including blacked-out bits such as the roof and ORVMs. Chrome bits found on the standard Kushaq such as the grille will be blacked-out too. Other bits include new 17-inch blacked-out alloy wheels. The interiors will also feature a contrasting red and black theme. The dashboard will get red inserts and the seats will feature a similar theme too. Other than this, the Kushaq Monte Carlo will also get an 8-inch virtual cockpit display which was seen in the Slavia. Expect the Kushaq Monte Carlo to command a significant premium over the Style variant.

The biggest change will be seen in the battery of the car. The 2022 model will get a 40kWh battery as compared to the 30.2kWh pack seen in the previous generation model. The official range of the old Nexon EV was said to be 300Km, but the real-world range is close to 200Km. While this range is good for intracity commutes, it is not sufficient for longer inter-city or inter-state travel. With the inclusion of this larger battery pack, the car will offer a range of 400Km. The new car will also get the Electronic Stability Program or ESP. We expect it to come equipped with rear disc brakes as well which will be a first for the Nexon range. Expect more features as well in the form of ventilated seats, an air-purifier, and auto-dimming IRVM. 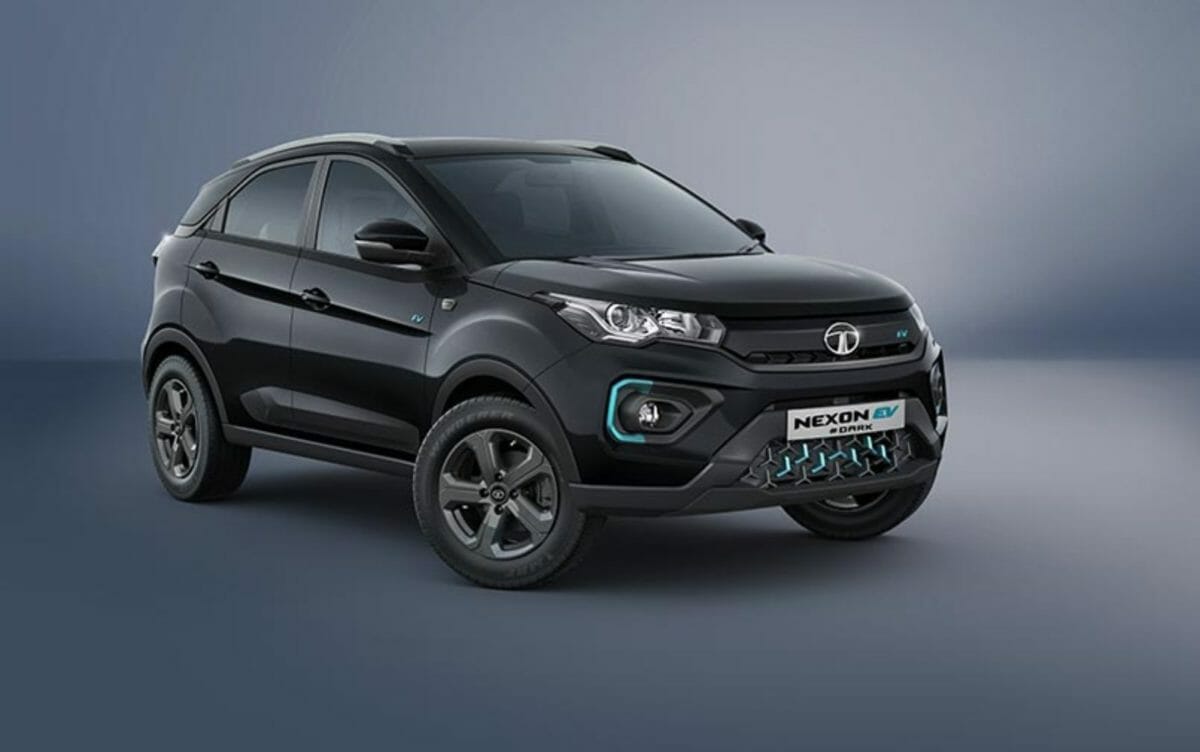 The I4 is essentially the electric version of the 4-series which is further based on the 3-series. In terms of design, the i4 carries an uncanny resemblance to the 4-series with the same tall front grille. But for the EV the grille has been covered with glass. On the inside, the car gets a dual-tone dashboard, with a single curved piece of glass that encapsulates the 12.3-inch digital instrument cluster and the 14.9-inch touchscreen infotainment system. It gets an 81.5 kWh battery that is good to push this car to 480Km. it is powered by a rear-mounted electric motor that puts out 335HP of max power and 430Nm of torque. This car also gets an M50 variant that brings with it the ‘M’ badge, a sporty rear spoiler, and a dual motor that puts out 536HP of power and 795Nm of torque that takes it from not to 100 in just 3.7 seconds. 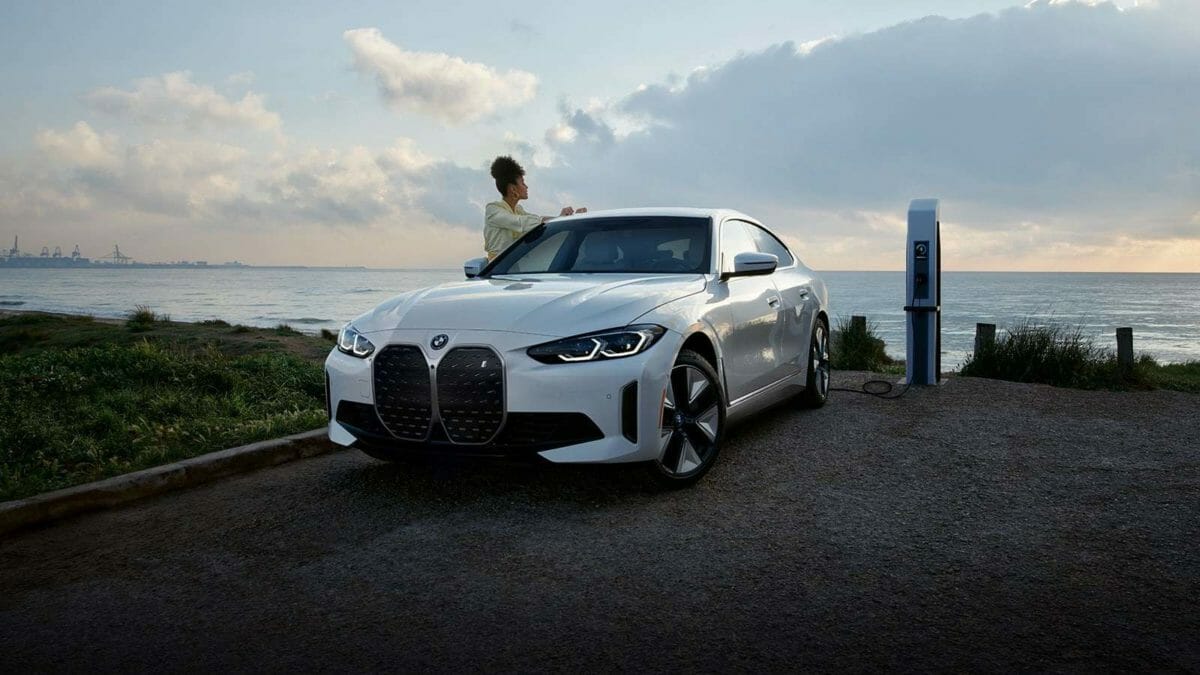 The Jeep Meridian is not just a stretched Compass. Jeep has made some changes to the exterior to give its own identity. The Meridian will feature a new face with a redesigned bumper and headlights. The Meridian is 4,769mm long, 1,859mm wide, 1,682mm high, and has a wheelbase of 2,794mm. For reference, the Jeep Compass is 4,405mm long, 1,818mm wide, 1640mm high, and features a wheelbase that is 2,636mm long. It gets a new brown interior theme to differentiate it from the Compass. The Meridian shares its features with the facelifted Compass. The Meridian is powered by a 2-liter diesel engine that produces 170hp and 350 nm of torque. Transmission options include a 6-speed manual and a 9-speed automatic. Manual models will come with 4×2 whereas the automatic variant will come with both, 4×2 and 4×4 options.

Expected launch: Mid to late May 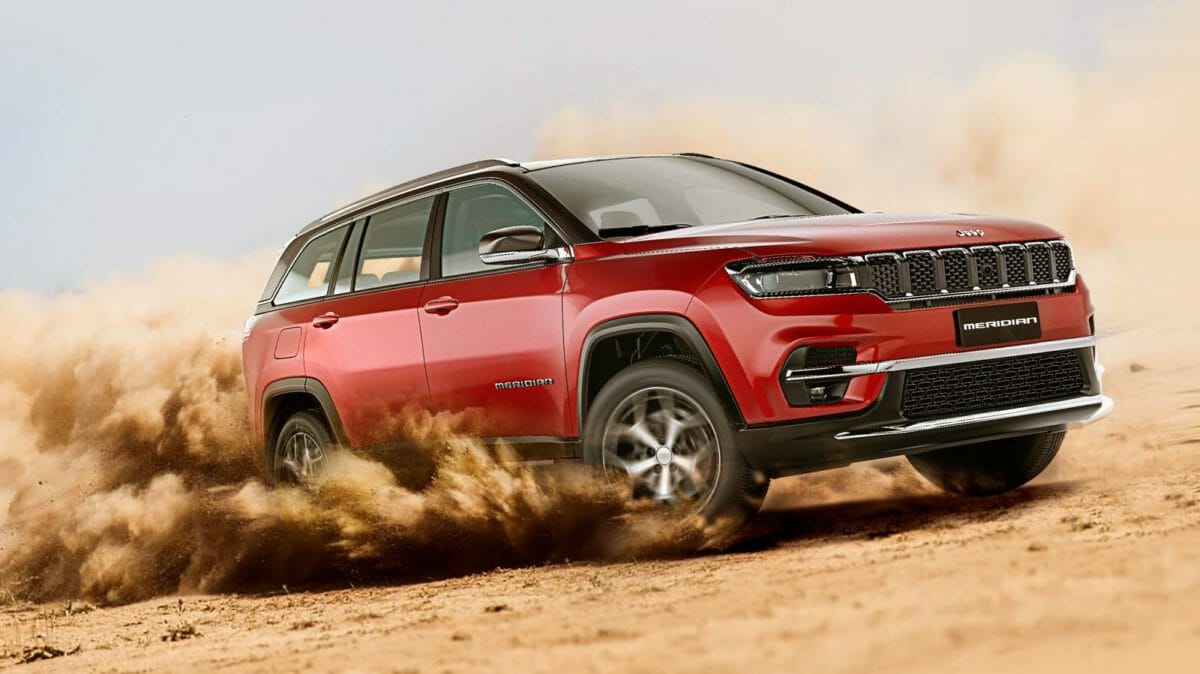 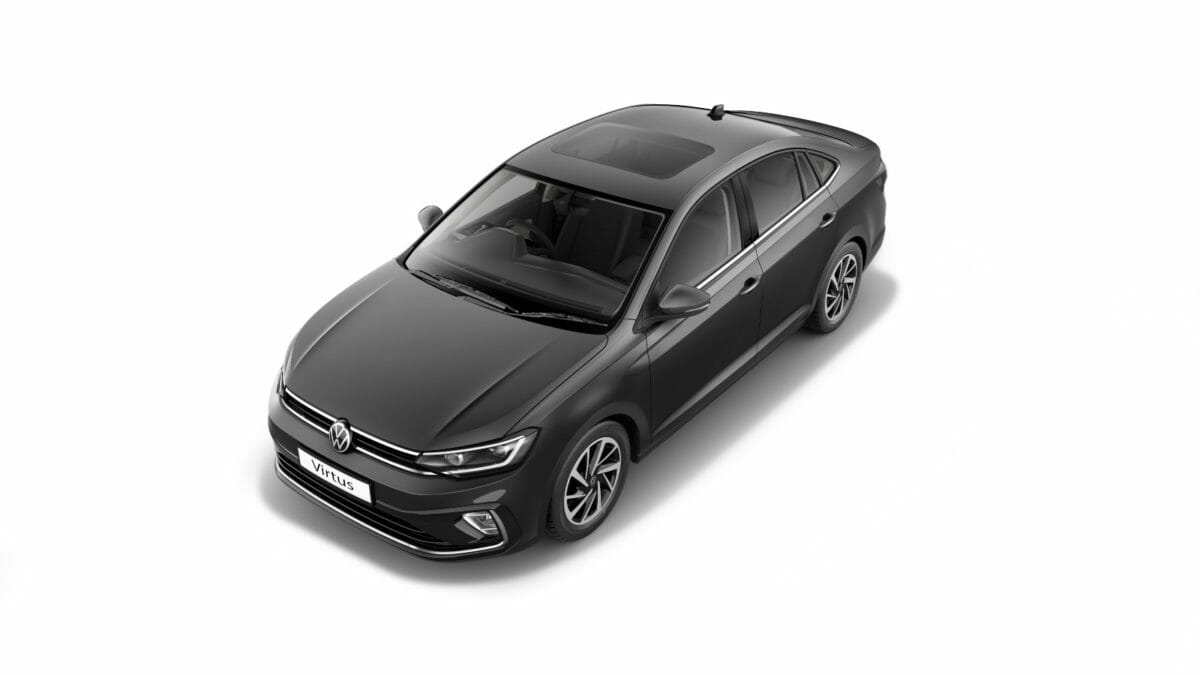 Talking about the Venue facelift, it will get a new tailgate along with a new rear bumper and redesigned tail lamps. The angular tail lamp design is similar to the one on Hyundai Creta which will be connected to a thin LED strip. There is also a set of new reflectors on both the ends of the rear bumper. Moving to the side, the Venue facelift comes with new 16-inch alloy wheels. The interior layout is also likely to remain more or less unchanged. Hyundai might upgrade the 8-inch infotainment system to a larger 10-inch unit. One can also expect an upgraded instrument cluster with a larger screen. The powertrain will be the same as the current Venue. Hyundai will be making the Venue even more exciting by launching the N Line version with the facelift. The Venue N-line will come with more aggressive styling and tweaked mechanicals to make it more fun to drive. 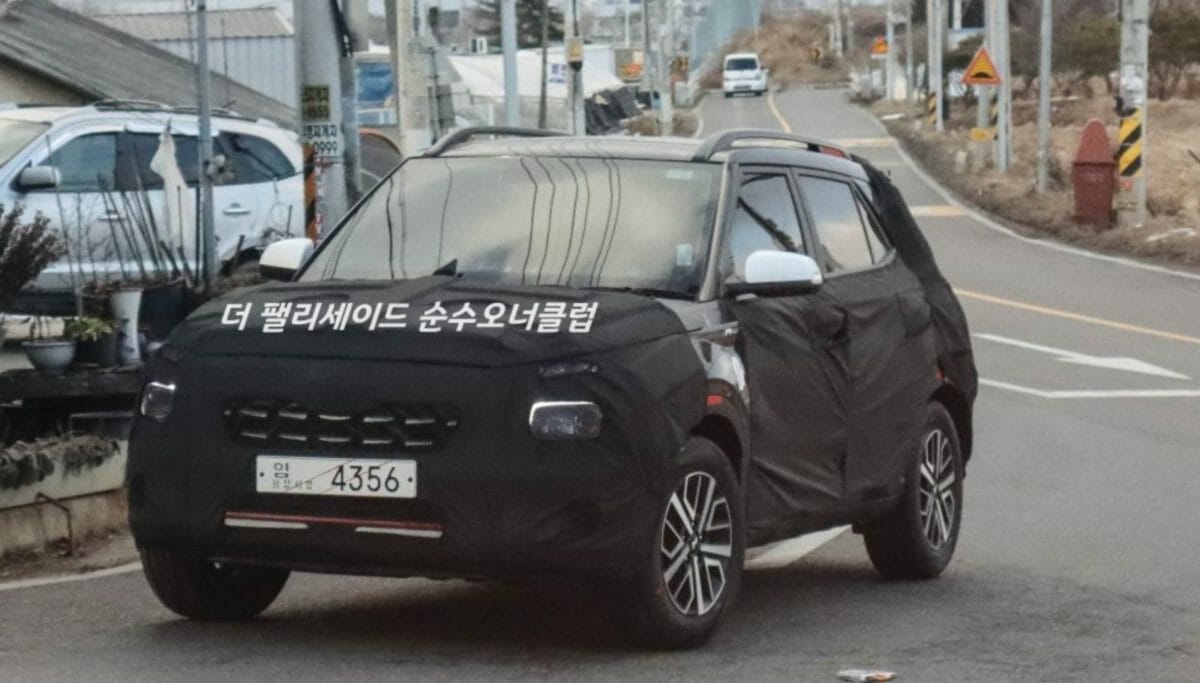 The next-gen Brezza gets radical design changes when compared to the current Brezza. The front features an upright bonnet which is similar to the current Brezza. It gets a new grille with chrome detailing inside it. The headlights are all new and they feature two L-shaped strips which double up as the LED DRLs. In terms of features, the next-gen Brezza will be loaded with features such as cruise control, auto-folding mirrors, auto-dimming IRVM, 360-degree parking camera, connected car tech, HUD, wireless charging, and auto headlamps, and automatic climate control to name a few. The new Brezza will be powered by a new K-series 1.5L Dual Jet, Dual VVT with idle start/stop technology. It produces 101hp and 136nm of torque. It will come with a 5-speed manual or a 6-speed torque converter automatic with paddle shifters. 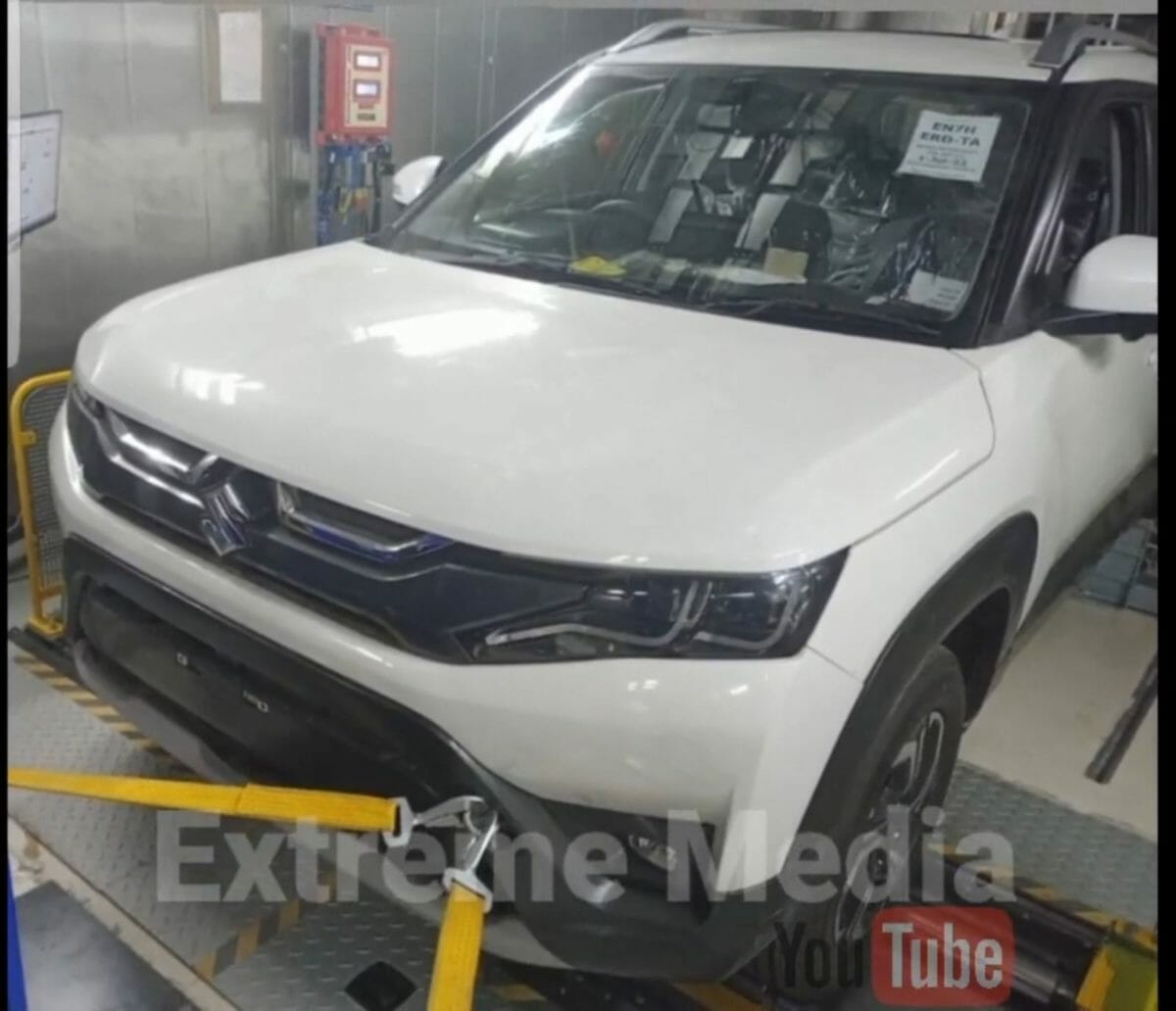