The air present in the atmosphere has a huge effect on a supercar’s movement on the road, while there is not much of an impact at low speeds or even moderately fast speeds, the supercars of this generation have become so fast that the only thing stopping them from going any faster is the air. Car manufacturers then started using this air to push their cars further on the ground to achieve higher speeds on the corners, however, these systems increased the cars drag making them slower in straight lines. To solve this problem, supercar makers now use active aerodynamic systems which comprise flaps and wings which change their position, providing downforce when the car corners and reduced drag in straight lines. 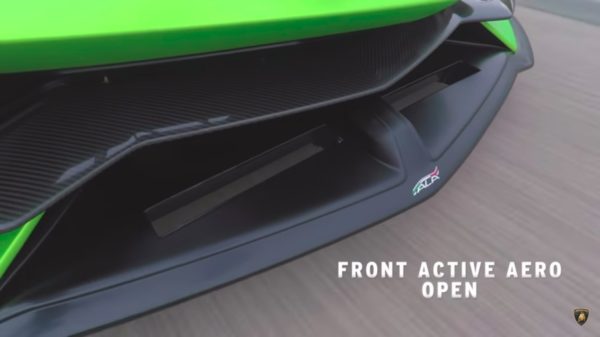 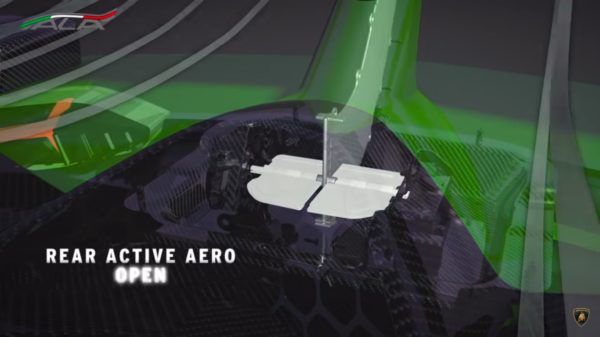 On the Aventador SVJ, the car uses flaps in the front and a huge wing on the rear, when the car is on a straight line, the flaps remained closed on the front and rear directing the airflow under and above the car reducing drag for better top speed. Once a corner approaches, the flaps open up directing air through the scoops in the front and around the wing pushing it down providing downforce in the corner. The system even works on one half of the car during corners to counteract the effect centrifugal force.