Mixing a few drinks could be fun but mixing the combination of drinking and driving can be dangerous, as is the case we have today. A 23 year old man from Edmonds in Washington DC, U.S.A. crashed a Lamborghini Huracan allegedly under the influence of alcohol. 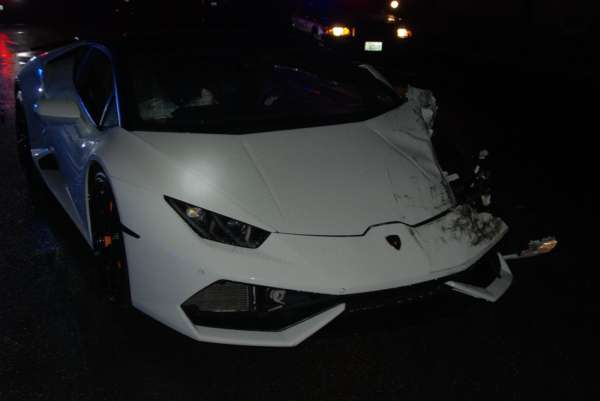 According to a report by Q13 Fox, the supercar was seen by the police at approximately 11:30 pm while a female passenger was hanging out of the window in possession of a bottle of beer in her hand. The police took efforts to stop the car but the driver is said to have sped away. The driver of the rented Huracan, who had already run a few red lights, rear ended another vehicle before coming to a halt.

The damage to the baby bull was severe as the Italian supercar had suffered significant damage to its front end. Details regarding the damage to the other car remain unknown. Police who later arrived at the location charged the driver of the vehicle for driving under the influence of alcohol while the co-passenger, a 20 year old, was booked for being a minor in possession of alcohol. 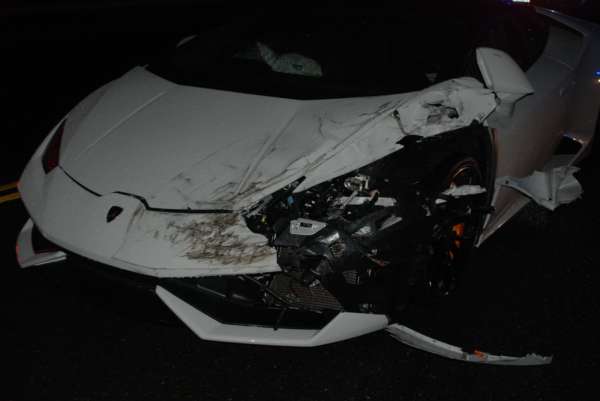 If you thought the situation couldn’t get any worse, we regret to think the condition of the brother of the 23 year old guy under whose name the supercar was booked for about $1300 (approximately INR 84,000). This is not the first time such an incident has occurred though, as another youngster had recently crashed a rented Huracan Spyder.