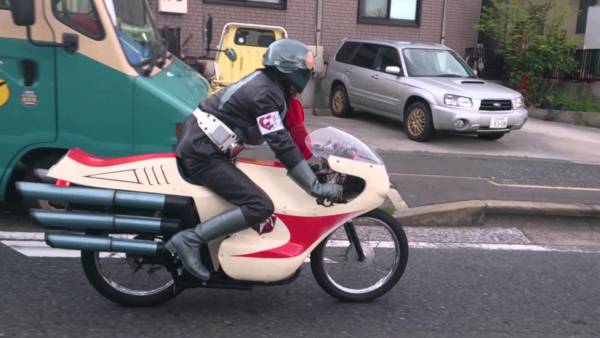 We all like our superheroes very much, but seldom do they actually appear in front of you. Try yelling out for Shaktimaan the next time you are on the streets or your building’s terrace. Chances are that you will be taken to a psychiatric ward, rather than coming face to face with any man with shakti (pun intended). However, if you are a resident of Kitakyushu in Japan and you call for help, there’s a very bright chance that you will be met by a certain Kamen Rider. This ‘superhero’ rides around in a custom-made two-stroke motorcycle and wears the prerequisite superhero gear, which comes with a giant grasshopper helmet. 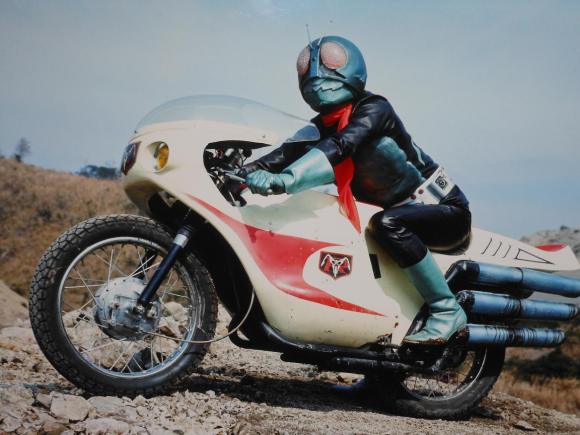 Kamen Rider on his beloved Cyclone is a nightmare for drunk drivers.

Kamen Rider’s choice of vehicle is a motorcycle that’s called the Cyclone. We would like to clear one thing out at this point that the bike used by the real-life Kamen Rider is just a dainty little 50cc two-stroke. That said, it looks quite cool and has multiple big exhaust pipes sticking out the back. This superhero’s main mission is to stop drunk drivers from attacking the roads of his innocent city. Once caught by this vigilante, the drunk driver gets reported to the police. Also, this superhero is pretty well funded. As it turns out, the head priest at a Buddhist temple has been a big fan of the Kamen Rider comic and television series and is known to fund this real-life hero. The police force in town has also given its permission to this crime-fighting Rider. 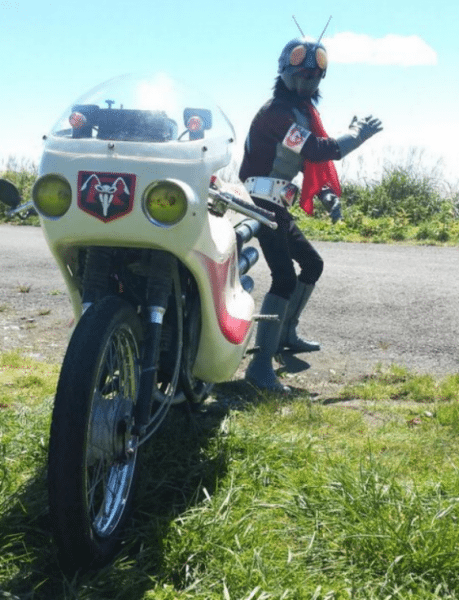 That band on his right arm is his police permit to prowl the streets.

The man behind this superhero costume is an environmental artist, who in his free time, makes statues and other artworks from recycled aluminium cans. Apart from his job of stopping drivers under the influence, he sure as hell entertains the locals and that’s not a bad thing, at all. Watch the video footage of this Kamen Rider and tell us what you think about this. Would you do something similar if you’d the opportunity. Or would you like Shaktimaan to take up this role?