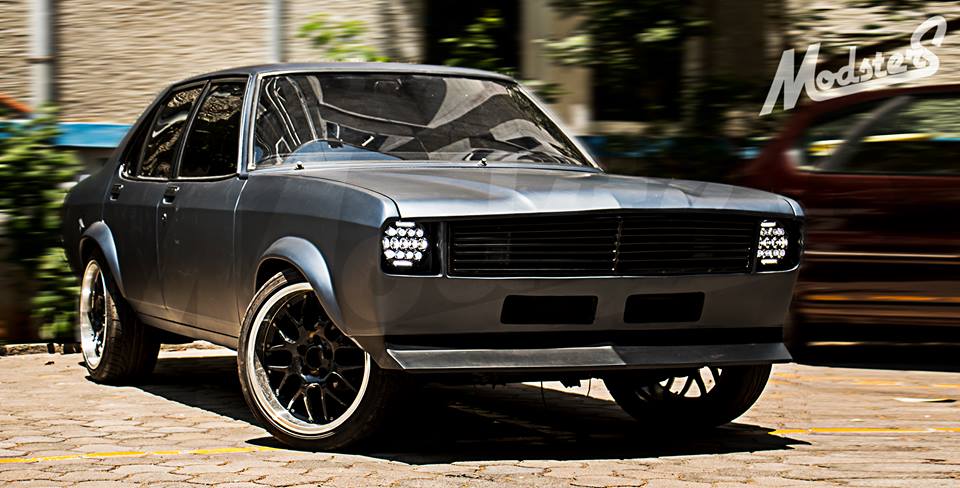 The HM Contessa, ever since its inception in India, has been touted as the common man’s muscle car. Which is a bit odd, because its nemesis back in the UK, the Vauxhall Victor (1972–76), was never viewed in the same vein as muscle car. Powered by inline-four and six cylinder engines ranging from 1.8- to 3.3-litres mated to a 4-speed automatic transmission, the Victor was nothing more than a large, honest family sedan. Back in India however, both enthusiasts and laymen were quick to point out the Contessa’s muscle car references, because with its long hood, classic lines and subtle chrome trimming, it authoritatively stood out amongst the sea of Ambassadors, Padminis and Marutis. 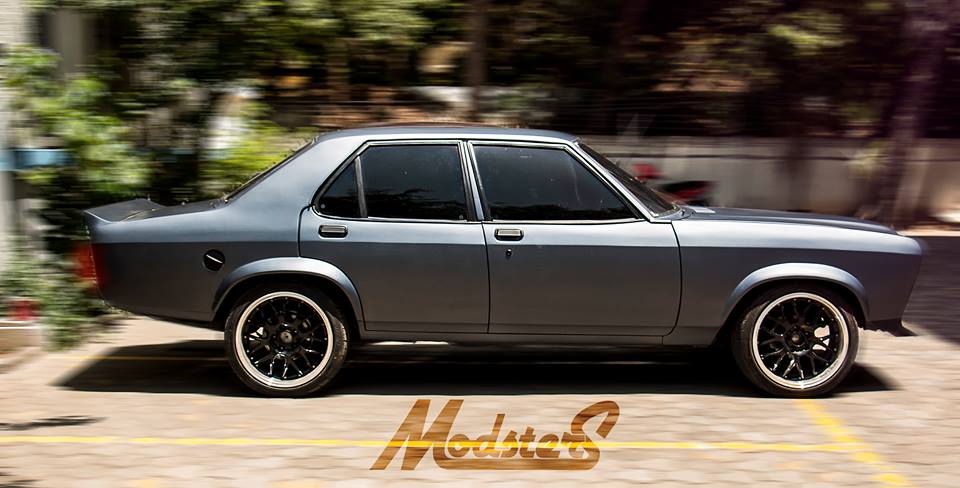 There have been countless modifications to make the Contessa play the role of a muscle car, but only a handful of them are tastefully done. This particular example is one of them. Done up by Chennai based Modsters Automotive, this modified HM Contessa, christened as “Project Grey Hound” looks the part. Modifications include a new, blacked out front fascia with LED headlamps, a newly fabricated bonnet, wider wheel arches, LED tail lamps and a “duck tail” rear spoiler crafted out of FRP. Things are rounded off with a sinister paint-job, dubbed as Reventon Matte Grey, a nod to the limited edition Lamborghini that’s often mistaken for a low-flying fighter jet.

Also read – Dodge Challenger replica based on a Ford Mondeo is the wackiest thing we&#8217;ve seen all week 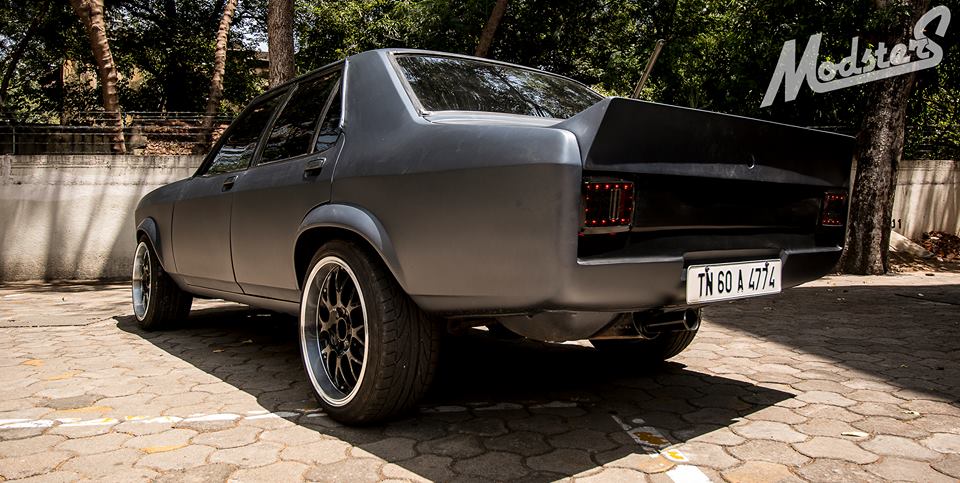 While the interiors feature custom upholstery, a set of chrome lipped, 18-inch wheels wrapped around low-profile tires give it oodles of character. Mechanical modifications, if any, on the “Project Grey Hound” are unknown, although we can spot an after-market exhaust canister. Back in its day, the HM Contessa could be had with either a 1.8-litre Isuzu sourced petrol engine, or a 2.0-litre diesel engine, both mated to 5-speed manual transmissions.