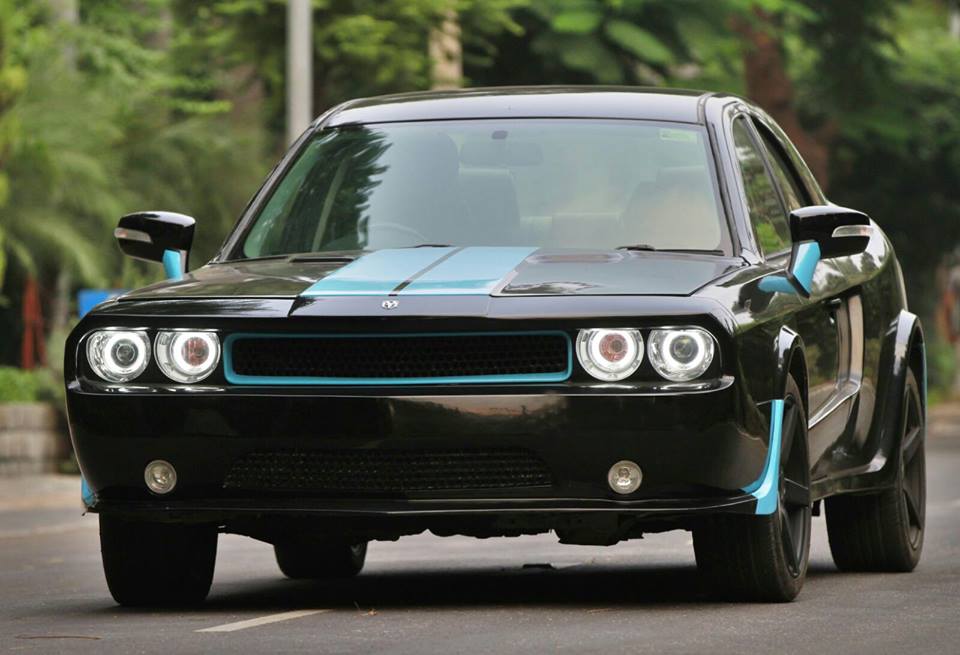 “It’s a hand made Dodge. It’s like what Vin Diesel drove in Fast and Furious”, says Jagjit Singh* of New Delhi based JS Design, the creator of this automotive anomaly. If you’re a regular reader, chances are that you’re already familiar with this guy, given his Maruti 800 Convertible building and re-building fame. Well, he’s back with an even bolder build – a Dodge Challenger replica. 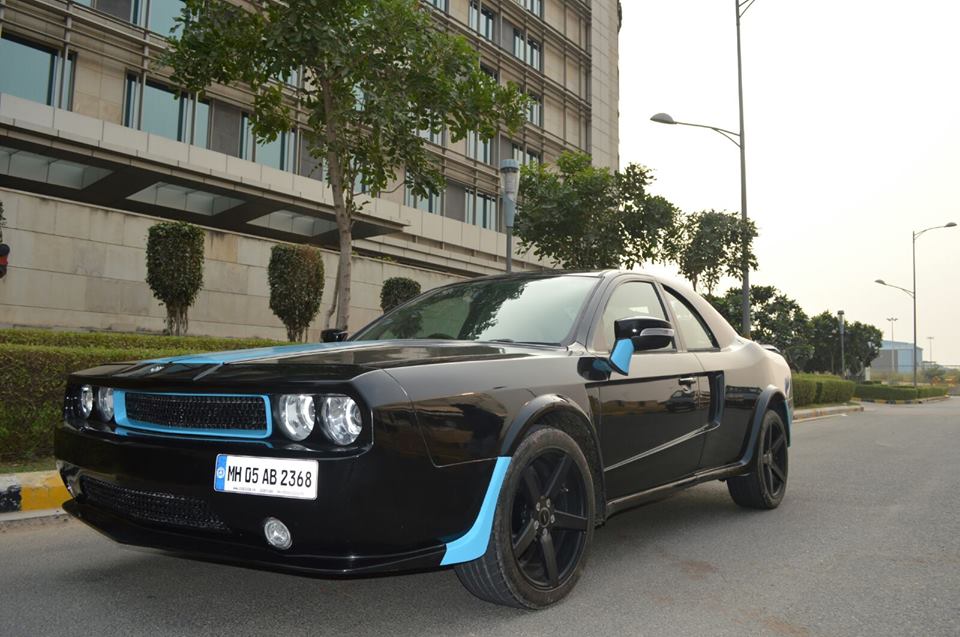 We can already see the purists cringe, even more so, when we add that a healthy Ford Mondeo had to be sacrificed for this replica to come into being. The Mondeo came to India way back in 2001, and it was way ahead of its time, with unrivalled performance, dynamics, styling and of course, street cred. Expensive spare parts, lacklustre sales and a high maintenance character saw the Mondeo being discontinued early. Back to the home built Challenger, it was made for a client, who wanted the muscle car’s looks for less than one-tenth of the actual price. 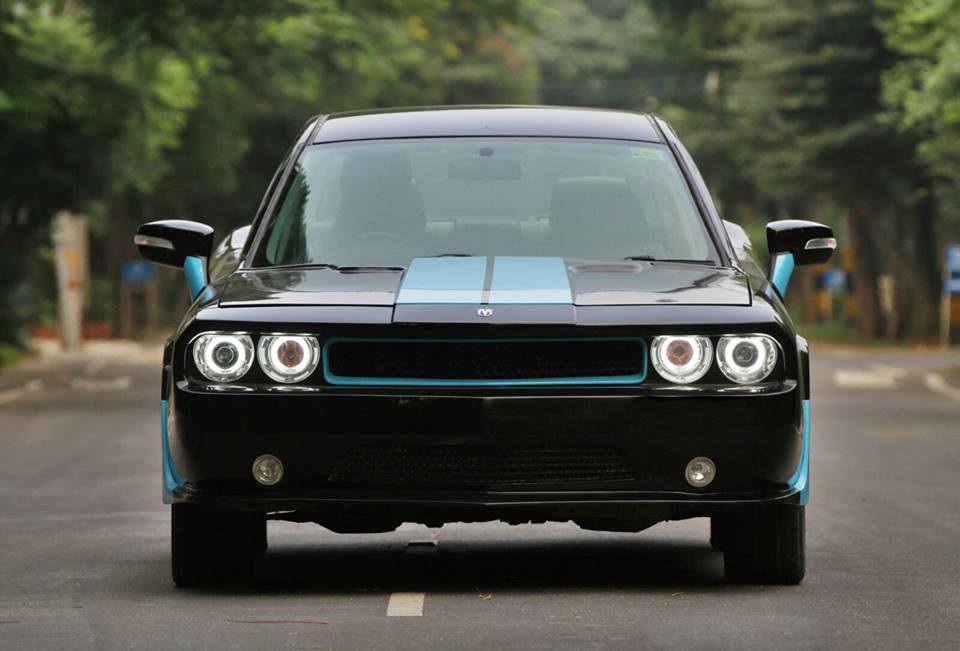 The donor Mondeo’s shapely bodywork had to be hacked to accommodate a vague reinterpretation of the iconic Challenger’s design. While the front end has be rather well resolved, replete with the quad headlamp set-up jewelled up with LED rings, the narrow mesh grille, and the trademark bonnet bulges, the sides leave a lot to be desired. The Mondeo’s sedan body-style doesn’t support the Challenger’s coupe profile, and things don’t really add up, with unrealistically thick C-pillars and skewed lines. 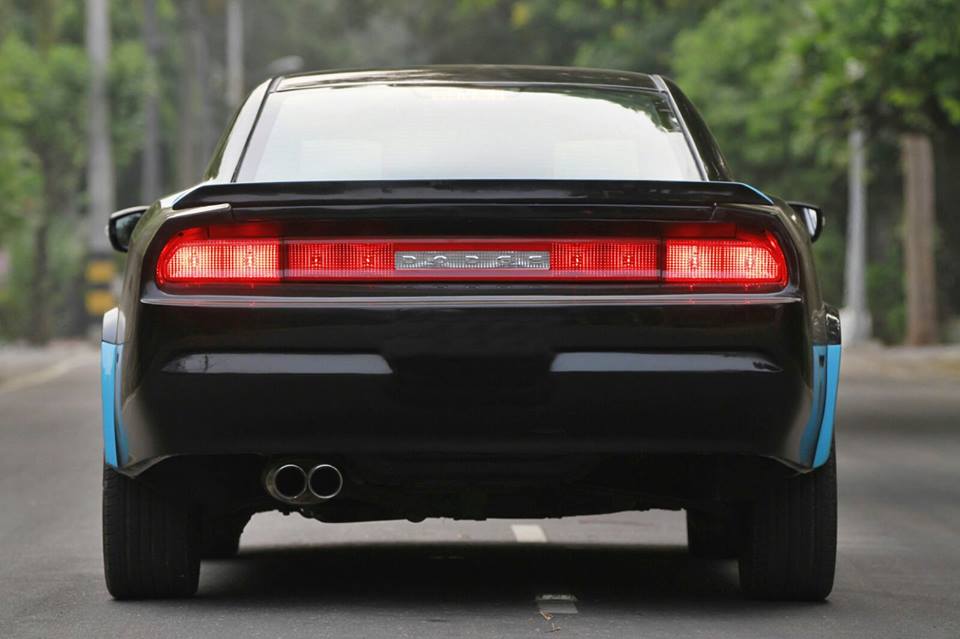 The rear end looks pretty convincing though, with the Challenger’s full-size horizontal tail lamps, boot mounted lip spoiler and rear bumper being somewhat accurately aped. The Mondeo’s twin exhaust tips remain. The Mondeo was available with both petrol and diesel engines (2.0-litre Duratec HE and 2.0-litre Duratorq), but its unclear which option this particular donor car was running, considering that the running gear has been kept the same. A set of blacked out, Vossen replica wheels round things off. 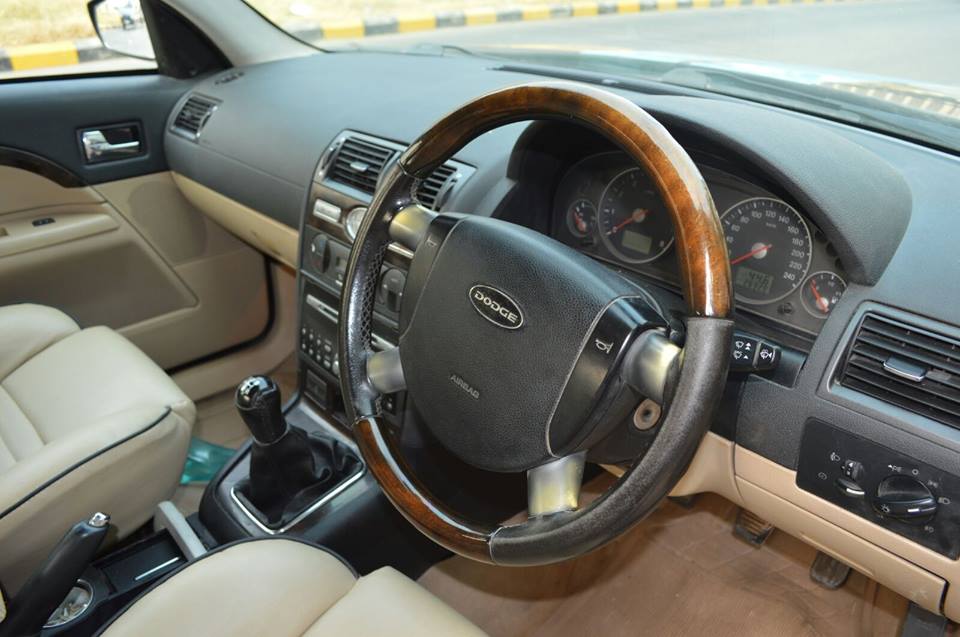 The interiors have been left alone, apart from the misleading Dodge logo on the steering wheel. Also, the rear doors are permanently fixed, as the replica’s two-door appearance is merely built on the Mondeo’s existing bodywork. In the image below, one can see the thick, make-shift C-pillars of the replica running across the Mondeo’s rear windows. The paint scheme here is a fitting gloss black with light blue racing stripes and highlights.

Disclaimer: Modifying cars and two-wheelers without notifying the local RTO, and getting all the requisite permissions may be illegal. Motoroids doesn’t endorse modifications which are not in compliance with the law 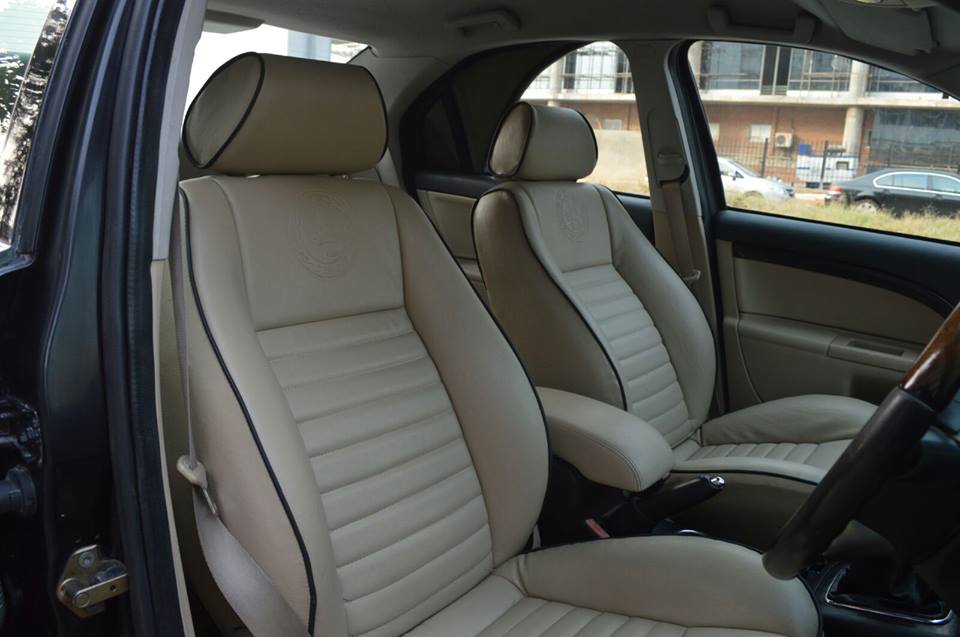 In other news, a 2015 Dodge Challenger, the real one, was seen prowling around Mumbai recently. Pity it’s a V6 though, and a privately imported one. Have a look here. *Jagjit Singh is also the owner of Fine Auto Electric in Prithviraj Market, near Khan Market in New Delhi. The cost of such a modification quoted by him is INR 8.50 lakh, excluding the donor car.