Recently, 100 units of the Mahindra TUV300 were inducted into the Maharashtra State Police fleet. Not too long ago, a large number of Royal Enfield motorcycles marked their entry into the Mumbai Police Force. While the Indian police personnel continue to use the ‘Made In India’ vehicles, we get you a list of some the best police cars across the world.

I know I should be mentioning the name of the vehicle and not the region to which the police car belongs to. But hey, that would have been a long, long list there. The Dubai police, as most of us know, have inducted a number of exotics into their fleet that include a Jaguar F-Type, Mercedes-Benz SLS-AMG, Audi R8, BMW i8, Ford Mustang, Ferrari FF, McLaren MP4-12C, Bugatti Veyron, and a Brabus tuned Mercedes-Benz G63 AMG. 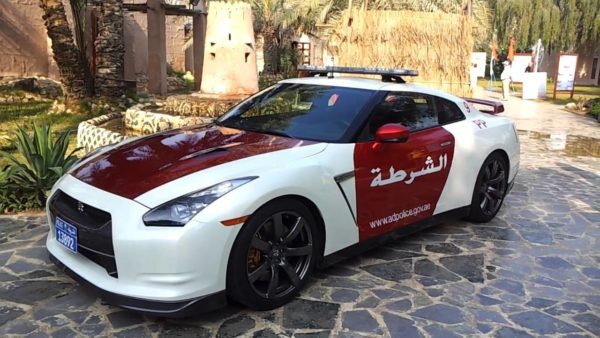 Not far away from the exotic fleet of Dubai’s police cars is Abu Dhabi’s own Nissan GT-R. Said to be acquired for promotional and public relation purposes only, the GT-R can definitely burn rubber to catch the bad guys if and when required. Powering the GT-R is a 3.8-litre twin-turbo V6 engine that produces 600 bhp and 690 Nm of torque. 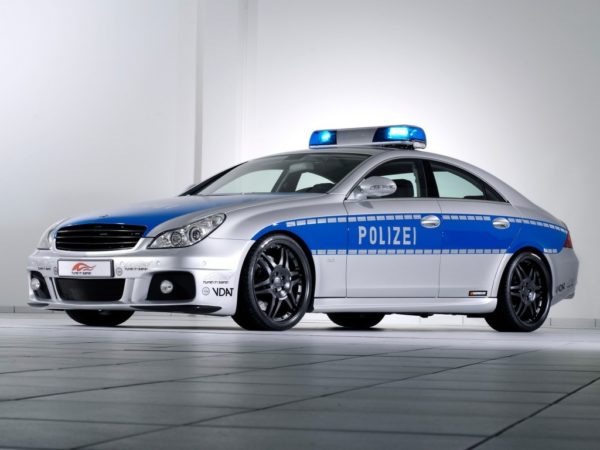 Built in the year 2006 to promote safe tuning back home in Germany, the Brabus tuned 6.3-litre twin-turbo V12 engine of the Mercedes-Benz CLS Brabus Rocket that has a mind-boggling 730 bhp on tap, enabling the model to sprint to a top speed upwards of 360 kmph. 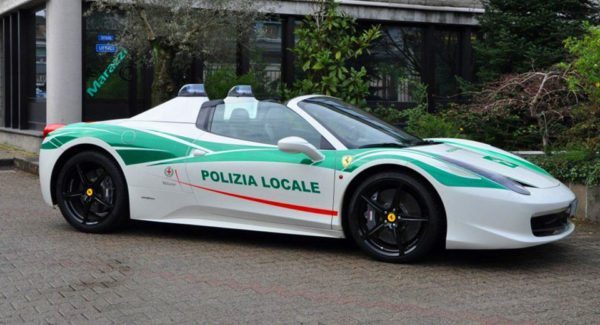 So there’s an interesting story behind this one. Police in Milan, Italy confiscated the drop-top 458 due to a case pertaining to the anti-mafia laws in the region. While a few countries would have had these cars crushed or impounded, the lucky guys at the Italian police can request for the seized items to be kept by them. After a new livery and a pair of modified buttresses to support the police lights, they plan to showcase the vehicle for legal education projects and special events to make people understand that crime does not pay. 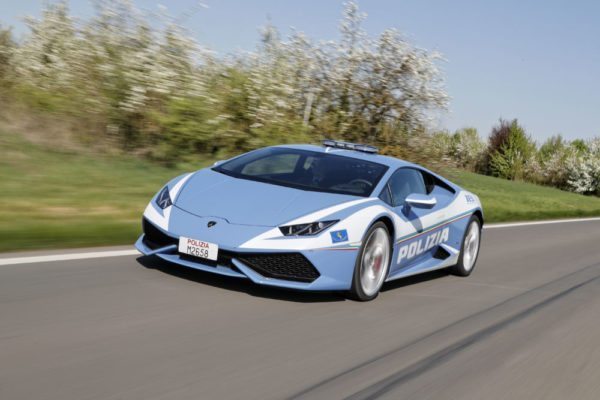 Last but definitely not the least is the latest addition to the fleet of the Italian police. A successor to the ill-fated Lamborghini Gallardo cop car that crashed back in 2009, the Huracan was donated to the police by the Italian manufacturer itself. Lamborghini’s CEO, Stefano Domenicali himself handed over the keys of the Lamborghini Huracan Polizia. Powering the Huracan is a 5.2-litre V10 engine that produces 602 bhp and 560 Nm of torque.

Following is an image gallery of some of the world’s best police cars (click to expand):